Upon arriving at their mountainside honeymoon suite, a very stupid newlywed couple poured themselves two glasses of champagne and made their way to the hot tub. To their dismay, the water was lukewarm at best.

Being idiots whose deaths would elicit laughter and a sense of superiority rather than dismay over the loss of human life, they submerged the room's microwave in the water, slid into the hot tub, and turned the power on.

They suffered no ill effects. As it turned out, both groom and bride possessed a trait that rendered them immune to electricity, extreme heat, and radiation. 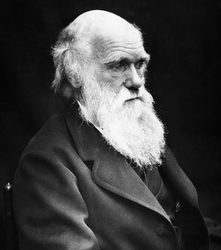 This trait was passed on to their three children. Each in turn survived an electricity/heat/radiation-related disaster which killed hundreds of other people of all walks of life and levels of intelligence, ensuring the continued survival of the family as our Earth continually moves closer to the sun and the threat of nuclear conflict remains ever-present.

A high school teacher in Kentucky stirred up controversy when his science class indoctrinated children with coursework covering the theory that all dog breeds can be traced back to the grey wolf.

His radical lessons were naturally met with fierce opposition from the community.

"We didn't approve of this", explained one concerned parent. "We had a heck of a time getting the school to teach from 'Restoring American Honor'. You know, the math book? Now an activist teacher sneaks this stuff into the backdoor of our children's classes? Quite frankly, he's the one that needs to go back to school. I've seen a pug before - they look nothing like wolves!"

The teacher, however, refused to back down. His class remained unchanged even as the possibility of suspension loomed.

One morning as he exited his car, he was gunned down by a beagle.

During a sleepover, a teenage girl was locked in a bathroom. On the other side of the door her giggling friends held the knob tightly, refusing to let her out until she looked in the mirror and whispered "Darwin" three times.

Growing increasingly tense with each utterance, the girl winced as she completed her task. Her eyes held shut as the moments passed in eerie silence. When she dared to open them again, nothing was out of of sorts. Of course. It was just a silly game.

The girl asked to be let out. No response. Trying the handle, she was surprised to find no resistance whatsoever. The door slowly swung outward with a creak, revealing a too-dark house.

"Hello?" The girl made her way through the house slowly. Each step was hesitant, unsure. Had she seen the reflection of something behind her in the living room window, or was it her imagination? "This isn't funny anymore!"

A sudden movement. She shrieked in horror. It was simply the family lion. The girl rolled her eyes as the tension drained from her body.

"Sheesh, Tibby, you scared me. Where did everyone go, girl?"

As she moved in to pick up Tibby, a blur of movement hit her sidelong, crashing her head through a small wall-hung mirror. In the shattered reflection, a fragmented reflection of Darwin opened his mouth impossibly wide as hundreds of dead and dying finches spilled out.

After years of searching, an archaeologist stepped from the wing of his sinking biplane onto the shore of the Amazon river and set eyes upon an ancient structure nestled in the dense jungle overgrowth.

He flipped through a well-worn notebook to a sketch of a building identical to the one before him. On the drawing, large letters were carved into the pitted stone above the entrance, spelling out "Hidden Darwin Temple".

Swatting a mosquito against his sweat-slick neck, the archaeologist squinted above the doorway of the structure before him. Large letters were carved into the pitted stone, spelling out "Hidden Darwin Templ". There had been a final letter, but a bird nest and years of exposure had worn it until it became indecipherable.

He cursed a PG-13 curse. Dang, or maybe crud. There was no way of knowing if this was the Hidden Darwin Temple. He would have to press on and hope for the best.

In the coming hours he narrowly escaped all manner of devious traps involving spikes, boulders, poison arrows, lowering ceilings and skeletons positioned in really creepy poses. Finally, after solving a particularly difficult puzzle with clues he had uncovered on his journey, he laid claim to the legendary object that had cost untold scores of adventurers' lives - the coveted Darwin Award.