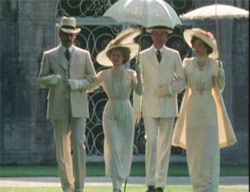 Just before the Christmas Holiday, Democrats and Republicans put down the maces they've been beating each other over the head with long enough to pass a big tax cut package that offered stimulative tax cuts for the poor and middle class and maintained low, Bush-era tax rates for the infamous "Top 2%" of incomes. The Republicans were in favor of these tax cuts for the so-called rich, even though they added billions to the deficit, but they never in their wildest dreams expected to get them. It turns out in the middle of a horrible recession tax cuts for the rich are about as popular as Andromeda Strain on the menu of a vampire restaurant.

According to Gallup, 59% of the country wanted the tax rates to go up on the Top 2%. Just 37% wanted the tax rates to stay low for the Top 2%. You can expect most of the Top 2% wanted their taxes to stay low, so take those out of the equation. That still leaves 35% of Americans who wanted the taxes lowered on a tiny minority of the country with a track record of hoarding their extra ducats like a bunch of dragons. According to the CBO the worst stimulative investment is giving tax cuts to rich people. You would have better luck cutting the taxes on wild animals. Especially owls, those guys love to spend money.

The politics of all this stuff is way above my pay-grade, only the Power of Nigthmares gang can figure this stuff out. My interest is in those 35% of people who want taxes cut on the Top 2% even though they aren't in that group. 35% of Americans are suffering from the delusion that they are in the Top 2% or that they belong there. Bad news, guys, you don't. The Top 2% doesn't want you. They hate the sort of new money that buys things. The sign should be clear: STAY OUT.

I know people are going to read all that and get mad. That's fine, but I want you to at least be informed. Take stock of your life and think about whether or not you have what it takes to break into that Top 2%. I have some easy ways for you to assess yourself. 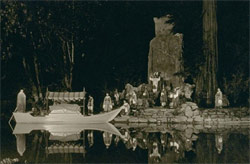 You don't belong in the Top 2% if you've put a Dorito anywhere near your mouth. If you have put a Dorito up your butt that's too close to your mouth. Flavored chips of any kind and you might as well be eating raw meat in a cave and sleeping in your own poo.

You're definitely not going to end up in the Top 2% if you've ever played a game of chance. Lotteries are for the poor, raffles are for rubes, and cake walks, well, the Top 2% is happy to let you eat cake. Real winners place their bets on obscure credit products that not even bankers understand.

98'ers like you listen to music with lyrics. The masses consume their raps and their guitar chords while the Top 2% listen to a little something you might have called "world music." Dress for the job you want, listen to the music you want to rule.

Just forget about being in the Top 2% if you've ever sat through an entire episode of a situation comedy. Except Frasier. Watch all the Frasier reruns you want.

Go ahead and pack in your aspirations if you have received a pat down from the TSA. First of all, what are you even doing in a regular airport? There is a network of airports for rich people to use for their private jets. If your private jet is being washed and detailed and you are forced to slum it then you should have inherited an Americog token to wear on an amulet around your neck. No matter where you are, no matter what country you're in, you can display this token and instantly pass through customs. This was instituted by Silent Cal (Calvin Coolidge), the greatest President of the Top 2%, who never spoke and instead communicated all information by inserting various tokens into a mechanical steam larynx. 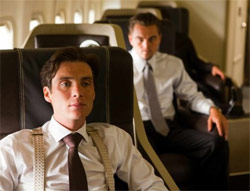 The most pitiful of 98'ers are voters. You'll never be a Top 2% if you've ever voted for someone not running for a lodge office in an esoteric order. Political elections are part of the false reality maintained by the elite to keep you from rising up. The real fate of the world is decided in a Rhode Island secret temple called the Solar Palace. The process is sort of a cross between Eyes Wide Shut and Bohemian Grove. Everyone puts on robes and animal-head masks and casts their vote for the Supreme Goat, Primus of the Tetrarchs of the 99th circle, who will rule all of mankind by decree from the Sensorium concealed within the Washington Monument. Then they have sex. You learn all about this stuff when you reach the 95th circle, which you will never do because it costs a million dollars!

If you've never had someone try to do an Inception on you then you're not in the Top 2%.

You are never, never, never going to be a Top 2% if you use the Internet. Really. They have people for that sort of nonsense.

If it makes you feel better, you can keep believing that like Robert van Winkle had the soul of a black man inside him there is a two-percenter lurking in your heart. Believing the fantasy isn't going to get you into that Top 2%, but at least you might be able to avoid the crushing feeling of hopelessness for another day.

That's a good thing. Despair is another emotion that only a 98'er would feel.