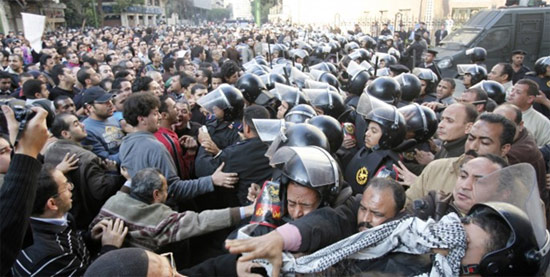 In the aftermath of the fall of the Tunisian government the Egyptians have pulled the plug on their Internet to prevent a popular uprising against Egyptian dictator Hosni Mubarak. This didn't work in Tunisia and it's probably not going to work in Egypt. The Egyptian protesters already have uprising instruction manuals that have been circulated by email. These include vital information on what sorts of things to wear to an uprising. Jorts and an 8-bit tie aren't welcome, bring pot lids to use as shields, safety goggles, hoodies, and a rose so the other demonstrators will know you're their blind date.

Cutting off the Internet only works in countries like China that have super computers to find you when you type "USA best boobs" into a search engine. Then they drive up in the middle of the night and put you in one of their poison gas vans. They're problem solvers over there in China. They figure things out.

While Egypt has given its population a time out from the Internet things continue to hum along as normal in the United States of America. In the short span of 15 years or so the Internet has infested every aspect of our daily lives. We use it to communicate (like this lousy article), we use it in our jobs, for commerce, we use it for sex, for drugs, we even use it for the rock n' roll.

So are we better now than before this whole thing started?

No, we're fatter (and proud of it), lonelier (but we have so many friends), stupider (but we think we're smarter), and now we're broadcasting all these facts to everyone around us. Even criminals who want to steal our ridiculous TVs. Thanks to sites like Twitter and Facebook we've entered an age where we are all celebrities marketing the minutiae of our lives constantly to an audience that, if we're lucky, is apathetic.

But maybe I'm not giving the Internet its fair hearing. Let's take a look at the pros and the cons. 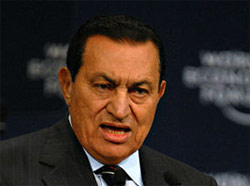 We can sit around waiting for a majestic techno-singularity to swallow us up so we can all ascend into the datasphere as anime technoangels. It ain't happening. We're going to choke in our chairs on fart gas. We're going to destroy our environment making flat screens to watch high-def Dancing With the Stars. We're going to be buried under our hoarders piles of old DVDs and retro toys and stupid fucking baubles we ordered for dollars we never even touched. But at least we can type /pizza in-game, right?

I'm siding with Egypt. Not to silence political uprisings, because America is way too lazy for that, but just to get a little peace. Shut it all down and let's take a break. 30-days. Maybe 90. It can be a practice run for whenever peak oil or 2012 or whatever hits and we all turn into pumpkin-eating subsistence farmers and power transistor radios with bicycles while waiting for the volcano gods to swallow us up.

Put a closed sign on this puppy and let's play around in the dirt like the giant babies we are.