Subj: THINGS I RAN AWAY FROM

HELLO!!!!! It is probably no surprise to you but physically i am a good runner, and when it comes to flight or fight i always get the heck out of there. you have seen me jump over stuff and once or twice you may have seen me do the "slide n hide" which is what i do when it's time to hide under a car or truck, but what you don't know is that there are many times i have ran from things that you did not see or hear about and i want to tell you about some of them so you can learn from my secrets

1) The Time I Hid From The Barber
This happened at the good barber shop downtown not the weird one with the long fingernails man. i made it clear before i sat in the chair that i was going to pay with half coins and half coupons and the barber man laughed and said "Ha Ha You Better Not" and he was almost done with the haircut and i said "But What If I Do" and then i said "Well It's Getting Pretty Late...." and then HE said "Oh No Ya Don't!!!" and chased me most of the way home. the moral of the story is i got the haircut bib for free which i use to eat my Sloppy Beans to this day 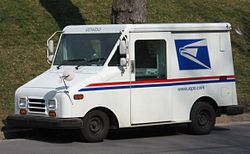 The mailman and I have a feud going way back from the time i mailed a cobbler to the district attorney (long story) and did not have the postage so it sat in his truck in the autumn sun (the sun is at a lower angle those days so the sun's rays hit directly inside where the box was and heated it up real well) and he brought it back to me to demand postage so i declined the return of the hot cobbler and he had to drive it to the dump and hose out his mail truck and he was gone until 10:30 pm. i know this because i was out watering the plants the next day feeling proud and then he told me so i dropped the hose and took off (guilt)

4) Chased By A Man
i don't know who this guy was or what his problem was but he chased me around the park and was trying to get me. i ran off and we were at a stalemate across a pond and we each sat down and stared at each other and when he fell asleep i snuck off. never found out what was going on with that guy but it wasted my entire day off

5) Moth
We have all seen the gag where a moth flies out of someone's clothes but this time a huge moth flew INTO my jacket so i started jumping around and slapping myself in the jacket. I took the thing off and did a stop drop and roll on someone's lawn and got back up and picked the jacket up with a stick and took it home and put it in the washer. I don't know where the moth went, maybe it flew out when I was doing the jumps 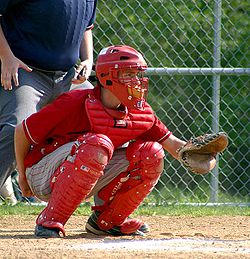 6) catcher at a baseball game
I was minding my own business at a small time ball game and the catcher for the local team "The Goblins" came running up after an inning and started climbing up the seats to chase me and i had to run to my car. I don't know what he was mad about but it might have been the same man from the park

7) Rollerblade away from chicken house
In spring one year I was teaching myself to rollerblade and i went down a slight hill out on the far side of town where life is a little different and people have chickens as pets. one of the chickens flew up at me when i was gliding down the hill and i caught it and kept petting it while gliding and a man got really mad, I believe he thought i was getting away with the perfect crime (faster than running speed chicken theft) when i looked back and saw the man was chasing me i let the bird go and tumbled into a bush where i waited until night time to go home