Subj: WHAT A BAD YEAR

HELLO!!!!!!!!!! i hope you are starting your new year off right and not like last year which was a bad year and one i am in a race to forget!!

My first job of 2012 was over when we were sitting in Ronny's roofing truck waiting for work to begin and he said he stinks today and we laughed and I said "Yes You Are Like A Knight Of Bad Smells" but he thought i meant a "Night" of bad smells which he thought to be an adult thing and he fired me on the spot so i walked home. then i remembered i left my lunch in his truck and walked back a couple hours later but he ate my lunch too. Boo on Ronny thumbs down.Lunch eater

I also worked at a newspaper phone office calling around asking people if they wanted the paper at their house. it was a bad job because almost everyone said no, then i would say "Well What If I Guarantee It" and most people would still say no but a few people would say "Guarantee What?" and then i would hang up because i don't know 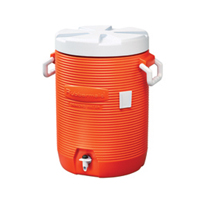 i lost a lot of friends this year as well, most notably the animals at the zoo that i befriended by going every single week for a while. tickets got real expensive so i brought a big orange cooler full of sports drinks from my truck and told the ticket lady "This Is The Medicine For The Baboons" and they let me in for free. then i sat in the back of the zoo drinking all the liquid so they would think the baboons had their medicine and it would take me pretty much all day and i would walk out of there a big bloated man. well i forgot my cooler in the zoo so now i can't do that anymore