HELLO!!!!! I'll tell you what the big love day is right around the corner and there's nobody in town with more love experience than yours truly. That is not to say I have had a lot of lady friends (i have not) but the ones i did have i loved as much as 400 women or more. I don't mess around in matters of love too much these days but I want to tell you about them all and what happened so you can learn from my problems AND MY SOLUTIONS

BETSY - Wow now there's a name i haven't heard in a long time... ahh yes Betsy was my prime babe in grade school and we did everything together for a number of years in fact we were close from first to third grade, but then i brought her over for a family get-together and my uncle who could not swim was in the pool flailing his body and shouting, "I'm Going Tits Up" over and over which made her entire family uncomfortable and they left and we broke up in the coming weeks. She did not want to say it was because of my Tits Up Uncle but i knew 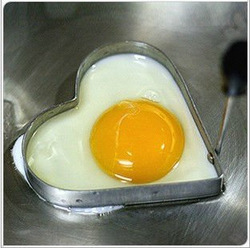 BRENDA - Lost a bet with this lady and she forced me to change my name temporarily to Mitch Passion to shame my mother and father and other loved ones. what a bad lady and it was just a friendly bet between us at the dog track since we already ran out of money and i still had the urge to splurge

PATSY - Her family had a big food dehydrator but instead of being a box on the countertop it was an entire room because they really loved their dried up gross apples so when they showed me the room i said "Wow It Smells Like Bad Breath In Here. This Is The Bad Breath Room" and 2 days later we broke up probably from pressure surrounding that incident. Also her dad was the bigwig down at a deli and i said "lets rename all cold cuts to Passion Cuts" and he didn't like me from the start

YOUR MOTHER - What a timeless love but alas it was not to be, we had a fundamental disagreement on what constitutes a chicken coop. She said the attic with a network of toy car tracks running down to funnel eggs ot the kitchen was not a coop and I said it was so she did the horrible thing of poking her head up into the attic and screaming many times a day to scare the birds. This hurts to talk about even now.

NATALIE AGAIN - we got back together to market and sell a carnival food of my own creation "CORN BLOBS" which was just corn dogs without the dog in it and it was a blob of corn the size of a golf ball on a stick. They sold very well for the first 15 minutes until everyone realized what they were and told the other people

What a bunch of babes if you ask me boy howdy!!!! Why just thinking of some of them gets me all hot under the collar! Wow