Mitt Romney, Please Shut Up About the Olympics 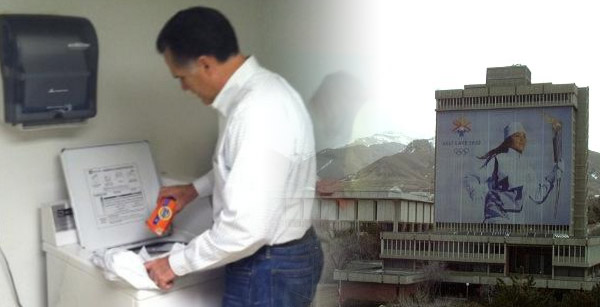 Whenever I hear Mitt Romney touting his credentials as a candidate for President, I can be sure that at some point he's going to mention that he "saved the Olympics." He literally mentions it in every major speech. On his Why Romney website "Saving the 2002 Salt Lake Olympics" is the title of the second section. He thinks "Saving the 2002 Winter Olympics in Salt Lake City" is only slightly less important than "Business" when it comes to impressing people with his experience.

I'm here to break it to you, Mitt: nobody cares.

Don't believe me? Let me show you the most boring sentence on earth:

It's the most boring city in the country, hosting an Olympics nobody cared about at the time, and it's ten years later.

Let that sink in, Just For Men. You are going around bragging about something nobody even remembers happening. I sure as hell have no recollection of the Winter Olympics being in danger. What did you save them from? Al Qaeda? Cloverfields? Was this a 1972 Munich Olympics scenario?

You never say, but I'm guessing it's something just as boring as the event itself. I tried to look it up on Wikipedia but the article for the 2002 Winter Olympics was deleted for being non-notable. There was one guy arguing against deletion on the talk page and his account was TAGROMDOG82. 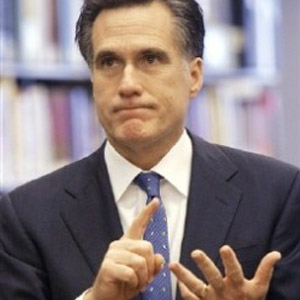 He will grow new fingers if that's what it takes to keep ticking things off on them.I get your predicament. You can't talk about being the Governor of Massachusetts because you're still in the GOP primary where that job title might as well be Gay King of France. You've been using Bain Capital, but you don't want to delve into that one too much or you'll have to start explaining Cayman Islands accounts or the fact that you pay lower taxes than your secretary's dog. You dodged military service and your father was born in Mexico on a polygamy compound straight out of Big Love, so that rules those two out. About the only thing you have left are those damned Olympics.

Avoid the temptation. Unless Newt Gingrich challenges you to a series of Voight-Kampff tests and you foolishly accept, you should have this primary thing wrapped up. Start looking ahead to the general and prove you're just an average guy. You have plenty going for you in that respect.

You've never said any of the major f-words or c-words. You know how to correctly operate a clothing cleaner machine. You like to bet one dollar bills on sport matches. You can transfer diesel fuel to your land transport vehicle exactly as the manual describes. You have even figured out how to move your hand on a dog's head in a natural, friendly way.

Once you've demonstrated that you are just like Joe Nextdoor to every American, they will trust you. You can explain anything to them and they'll probably buy it. For example, you could tell them that the only way to fix the economy is to do all the stuff we were doing right before the economy melted down, only do it more and do it harder.