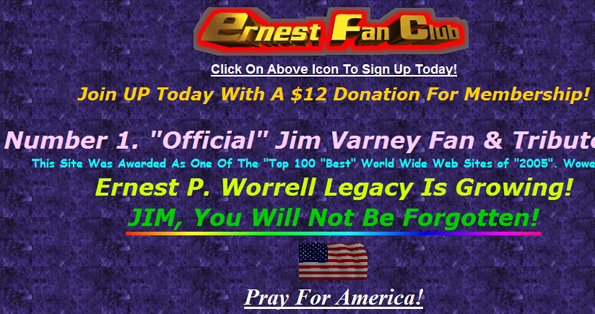 Jim Varney died on February 10, 2000. This Official Tribute and Fan Site popped up eight days later, and it has reverently preserved the GIFs-and-multi-colored-text design aesthetic of Varney's golden era in memoriam. God knows America needs Varney's unique brand of slack-jawed slapstick now more than ever. Seeing this rubber-faced jester take so much punishment and emerge unscathed could serve as an inspiration to us all in these trying times!

Sadly, no one has discovered a lost vault of Varney's voice recordings in the past decade, so Hollywood hasn't been able to use his drowsy drawl for projects like, say, reprising his Slinky Dog role for Toy Story 3 or posthumously splicing together Ernest Beyond The Grave. But that hasn't stopped webmaster/American Moral Films honcho Billy Dee from updating the site regularly, with posts about fringe Ernest contributors ("Billy and Bobby: The Whacky Duo!") and solicitations to join the Ernest Fan Club (free pin and photo with purchase!).

Even non-members can watch Treehouse Hostage in the "Ernest Movie Theatre," or read Jim's "unknown poetry," or recoil from the haunting fan art that decorates the space beneath this paragraph. The site also contains a lengthy discussion of Billy Dee's "out of the body" adventure, which seems pretty tangential to Jim Varney appreciation but might be relevant to people who remember Ernest movies being near-death experiences. 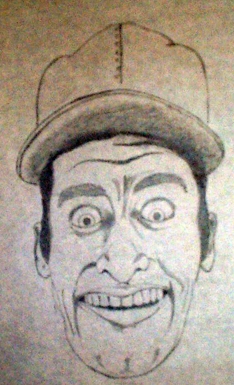 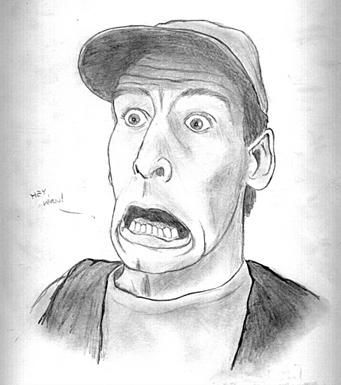 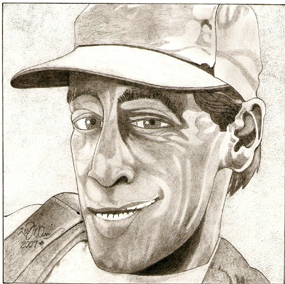 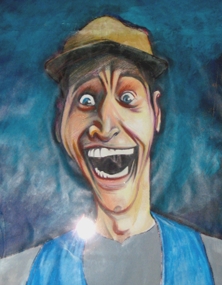