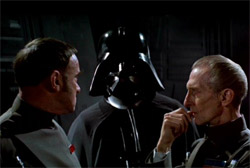 Welcome to chief asshole central. Anyway, I digest. I guess I should get on to the part you asked for about my daily life and work and what have you.

Those of you reading this and expecting some sort of sweet saga of adventure and romance can look elsewhere. If you haven't figured it out yet, this is hard and dirty work. It's not glamorous and it's rarely exciting.

On those special days that only come once every few thousand parsecs, this job can be very rewarding. You would be amazed to learn what gets flushed into the central bilge and what ends up in a trash compactor. We dredge them for goodies three times a week and I find everything from dentures to diamonds and a lot in between.

I know you guys said you wanted a "slice of life" or whatever, so I tried to mix it up. This is a very recent week of work. The log ends about six days ago, well after my transfer here from Hateburp. I think the week I picked out demonstrates what it's usually like down here and also has some of the rare good times and some interesting finds in the bilge.

Just completed a three day job at the level 5 MDB. Just in case you didn't read the initial incident report, something big came down the central trash chute and jammed up the dredging arm that pushes the large inorganics down the compactor sluice. They had to drain the whole MDB and call us over there to sift through the crap left in the tank.

That was my first time doing a manual-dredge on a dry tank here and, let me just tell you, that thing is frigging enormous. It was maybe a hundred feet wide, two hundred long and twenty-four deep according to the depth markers painted on the side of the tank. Drained out there was a good foot and a half of organic sediments, plus larger objects scattered here and there. 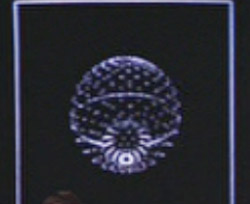 Hey, if you want a holographic map of this shitbucket, here ya go.Star Destroyers don't even have MDBs, because really, who the hell throws away half-ton pallets of vegetables or the main plate of a metal press? Nobody does that on an ISD, but here on the Durrrp Star there's always somebody willing to drive a forklift down the central trash chute.

That was what it turned out to be, by the way. We found a rusty AT-FT with the driver still buckled into the controls. I guess he was pushing that pallet of vegetables down the chute and he forgot to stop walking forward. It was disgusting as hell and took us the better part of two days to haul him out of there with a crane.

We did find some pretty interesting crap down at the bottom of the tank though. We'd take turns poking around during our breaks and pretty much all of us on the repair crew managed to find something good. I'll just list that stuff real quick.

If anybody reads this and thinks we need to return something, that's fine. I just figured that since it got thrown in the garbage then the original owners didn't want any of it.

Well, that's it for this one. Back to the crapstone.