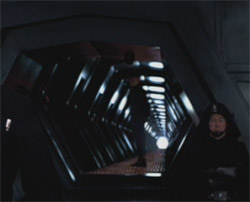 Great, can't wait to sniff your vents.That creepy wheezy dude has been stomping around the detention cells on AA 23 with that VIP. No skin off my nuts, but it's got the officers worked up all crazy and they're taking it out on us.

Today was my turn to get thrown under the space bus and I got chewed out for ten minutes by some sort of security officer. He was pissed and screaming that the fumes from the level 5 garbage compactor were wafting up to the detention level. I tried to explain to him that it wasn't my fault they decided to stick a vent right in the middle of the cell block, but he wasn't having none of that.

I checked the gas levels coming out of the closest compactor and they all looked green. A spot check of the water levels looked a little high but still within the zone. The only possible thing I figured that could be wrong was we got ourselves a dianoga infestation up in there. Those bastards start out the size of a piece of rice, but then they get loose in one of those compactors and grow up to ten or twelve feet, easy.

Right after I got here I had to help clear the things off a whole level. Every compactor was lousy with ten or twelve juveniles.

Anyway, I went down there with Lorgun and Curt. We popped the magnetic locks and opened the lid and sure enough, there was a huge frigging dianoga down in the muck. It was a fifteen-footer. Biggest I've seen.

No way was I about to jump down in the muck and try to wrestle that thing. Says in the manual not to. Some sort of secretions and getting microscopic eggs attached to your clothes that you carry around and what have you. 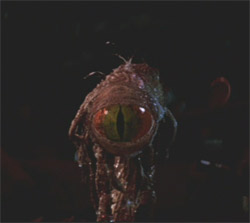 Just what I want to be dealin' with on a Tuesday.I sent Lorgun up to the IWS level control and he ran a compaction sequence. Didn't do diddly squat. The damn thing dug up under the walls or something. I figured about that point that it would take a couple stun bombs and some stormtroopers to get that thing out.

That's not the sort of thing you just throw together because some dumbass officer yelled at you. It takes planning and coordination with people that don't generally get along with us in IWS.

You've gotta manage stormtroopers. Just turn 'em loose on the compactor and they'll be driving tanks and bringing in walkers and artillery to blast the thing out the side. Then they'll walk off with its smoking head and we'll be left to clean up and get screamed at for destroying half the level. No, I knew I had to do that one by the book.

Then, of course, the whole thing got interrupted. 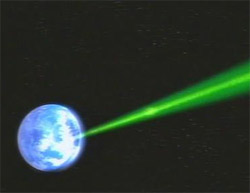 Goodbye Alderongers, I'm sure you were all dickheads.So we packed it in and sealed up the compactor and headed back to our IWS level station. I guess Tarkin or one of the other hard asses up top wanted to show off, because they blew up some planet or something. A couple people got all upset and said it was Alderong or one of those planets.

I've never heard of it, but for some reason I got a terrible cluster headache when I saw it blow up. It felt like a billion fingernails scraping across a billion chalkboards and then going silent. It didn't last long though, so whatever.

After that was over I found out that I just got switched to a two-week skim rotation for the level five septic processor. Normally I'd be pissed, but this time it means I get out of having to deal with that frigging dianoga running wild in the compactor. I'm sure someone else will take care of it while I'm running septic.

That's pretty much it. I'm still doing my stint running the skimmer in the sedimentation pools. Nothing interesting has turned up yet other than a soiled wig and some wax pretzels. Who the hell has wax pretzels? Who the hell has them and then flushes them down the toilet? I swear, every year these navy people get weirder.

Oh, yeah, this morning they caught some sort of spaceship in the tractor beam. It happens from time to time. How dumb do you have to be to get caught by a ship the size of a moon that barely moves? Pretty dumb, I'd guess.

I figure those yahoos are probably smugglers. I saw from the duty roster that they've got half the scanning teams on the whole Durrrp Star in that docking bay. I hope they find some drugs that can get "disappeared" from the impound lockup. I know a guy on security who can&well, I shouldn't say any more.

Anyway, a lot of gloom and grit, I know, but six short weeks from now I'll be sunning myself on the beach with my wife and younglings. All I have to do is survive six more weeks of IWS work.

When I get back home it's for a contract renewal break. That will give me a full month before I have to decide if I'm going to come back for another year and a shitty signing bonus, or if I'm going to try to find a new direction for my life.