Halloween III won't be released until 2011, and while neither John Carpenter nor Rob Zombie will be at the helm, this sequel should be in good hands with Patrick Lussier, who has already directed such third installments as The Prophecy 3: The Ascent and Dracula III: Legacy. Obviously, Lussier must take into account the legacy of the original "Halloween III." Season of the Witch marked a notable departure for the franchise, in that it was not a horror film about a serial killer but instead a documentary about the rise and fall of a colorful toy magnate. Something Awful has a treat for you: An interview with that movie's controversial central figure, Conal Cochran. 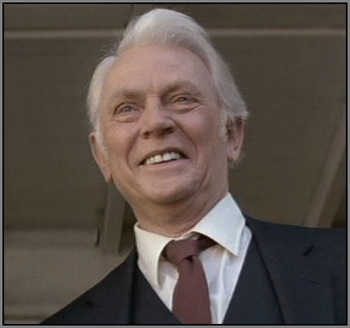 Something Awful: Our guest has been described as "a great man," "a true genius," and "the evil mastermind behind the largest attempted massacre of children in the modern age." Readers, Mr. Conal Cochran.

SA: Yes. Now Conal, the last time we saw you, some 25 years ago, you appeared to have been vaporized by a ray of light that came from a monolith you smuggled away from Stonehenge. How did you survive this bizarre ordeal?

CC: I passed through the realm of the unreal, and rematerialized in a verdant meadow. It was a glorious journey, though it wasn't without its hardships. For example, nearly all my skin was singed from my body, causing tremendous agony. But Halloween, at its heart, is about sacrifice. We were able to stitch together yards and yards of new skin by slaughtering snakes and lizards. There's no better fate for an Irishman than to have real green skin! 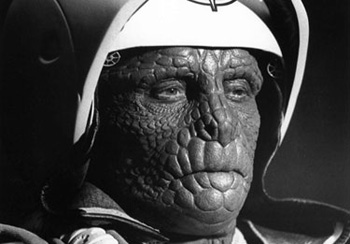 I moved to another country, and after 15 years I attempted to repeat my experiment during a children's cartoon, but all that happened was an outbreak of dizzy spells and seizures. So I've retired from the "play a joke on children by killing them through the television" game. It's a dying craft, I'm afraid.

SA: You promised a "big giveaway," which was a euphemism for the slaughter of millions of children. Did anyone contact your company after the "big giveaway" came and went to demand prizes and products, or were your lines too flooded with calls about the underage genocide, specifically vows for revenge and/or petitions for mask refunds?

CC: No one has been able to reach me directly, between the obscurity of my current location, my ability to blend in to my surroundings (my skin is part chameleon), and Santa Mira's notoriously shoddy telephone service. I didn't expect such a backlash against Silver Shamrock, a trusted company with a good record in the community. People would have blamed television itself for the deaths, if it weren't for that damn film. I didn't think it was much of a picture, no.

SA: Because the film didn't cover it, tell us how your company Silver Shamrock became a mask-making empire.

CC: We started by making Irish-themed masks, for St. Patrick's Day and festivals. We had the leprechaun model, which was very popular, and the potato-head model, which was a little less so. Right around 1980, I bowed to demand and began making masks of the Boston Celtics. When Halloween came around, I marketed my unsold Kevin McHale and Robert Parish models as ghoul masks, and a new seasonal tradition was born! Eventually, we decided on the only three Halloween masks anyone could ever need -- witch, pumpkin and skull.

SA: Even though Silver Shamrock was such a massive concern, your factory seemed to attract a lot of small businesspeople who picked up their orders in person.

CC: They went directly to the factory to pass the savings on to you! Unfortunately, we would usually kill them before any savings could be transferred.

SA: Silver Shamrock had a very aggressive marketing strategy. Your jingle, set to the tune of "London Bridge" and updated daily, aired during every commercial break on every station during all programming, from those animated shows about bouncing trees you'd often see at bars at night to those midday football games that take place on Fridays. How did you get your shareholders to approve such an outrageous advertising budget?

CC: Those ads were very effective. Everybody knew the name Silver Shamrock. Today, if you asked someone to name the leading Halloween mask manufacturer, they really wouldn't know. They've thought no further than "I just get them from that place at the mall that used to be County Seat five stores ago." Also, it was important that we had a television presence, that we were well established with regular television viewers, because, remember, we planned to use televisions to mass-transmit a black-magic signal that would crush children's skulls.

SA: Right. Speaking of which, how were you able to sell that particular unorthodox strategy to the shareholders?

CC: As you know, we were not only in the mask business and the deadly-joke-at-children's-expense business, but also we were in the cyborg-building business as well. We had amassed a full warehouse of replacement children, convincingly real in every way. Parents wouldn't want to wait nine months for a new brat, so we'd surely be swamped with orders immediately. NewKids were more expensive than masks, so while we'd lose volume, we'd gain profit.