The NASA Young Astronauts Outreach Program celebrates every major holiday with the crew of the International Space Station. This year, every mission member was asked to write a brief scary story for the kids back home at each participating grade school. By his own admission, mission commander Lt. Col. AJ Tucker was “nearly blind from drinking isopropyl alcohol” and he had “got into some even worse stuff cooked up by the Russians.” The resulting scary story was a bitter, self-loathing, and nearly nihilistic look at NASA and Lt. Col. Tucker’s career. It was never submitted to the participating grade school.

Kids, cancer has a smell. Underneath the iodine and the dook, you can smell the cancer, taking over your mommy. Eating her guts. Killing her like a fucking Frankenstein that won’t go away. A merciless mummy chewing up your mom.

Halloween is a lot of things to a lot of different people, but for me each year it’s time to celebrate the day my mom died of cancer. Do you have moms? Mine died from lymphoma when I was fucking eight years old. That was pretty spooky! Lymphoma is basically a werewolf, only real, and invisible. How do you fight that? Spin around with a fucking sliver knife? I tried, I tried.

Mom dying was a real Halloween surprise at the Tucker household. Overshadowed the pumpkin carving, let me tell you.

Ahhhh fuck. Away. I came here to get away from this shit. To forget it. It’s why I joined the Marines. Why I became a pilot. Fuck I am so drunk on this shit those commies gave me. Poisoned me with. Tastes like rung out hooker panties and bad yogurt.

I killed a man, you know? My wingman said he saw that fucker eject, but I watched. I watched. Sidewinder burned out the cockpit area. Whole plane augered right into the desert. There wasn’t no parachute. 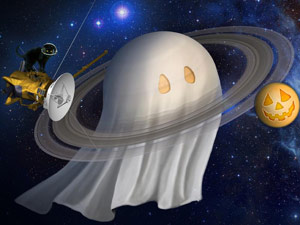 I don't even know what this shit is. Some BS they made us use for our computer background.Think about that, kids. Think about taking another human life. Taking away everything a man has. Like cancer took my mom when I was eight, maybe that guy had an eight year old. And I took dad away. Nnnnneeeee just tone and Fox Two!

It’s pretty spooky up here on the space station at Halloween. The nerds have been cutting pumpkins out of the orange file folders. Went to the goddamn effort to send orange file folders into space and these poindexters are slicing them up for a holiday. Faggot shit, you know? Kids, never do that shit. Faggot shit. I mean, nothing against gays, just don’t be a faggot.

Scary story. Kids, got to tell you a scary story, for the, young astronaut thing. Hahaha, faggot shit. Whatever. No, it’s cool. It’s cool.