Sequel To Popular Game is nowhere as good as Original Game 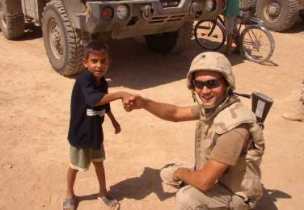 True, the graphics may be better in Sequel To Popular Game. The fire effects when Boss Who Inexplicably Explodes After Dying exploded were incredible. I could see each piece of ash reflected in Main Character's eyes. The water effects evident in Useless Body Of Water That Sits In Background Showing Off Water Effects were enough to make me sea-sick. And there was something undeniably visceral when I first saw Giant Geyser Of Blood That Comes From Every Dying Character Even If They Die From Drowning Or Poison Gas.

But in the end, all this empty eye candy could hardly make up for what Sequel To Popular Video Game lacked in content. Boring Opening Area That Over Explains Every Game Mechanic was the first sign that something was wrong. Original Game featured a great opening, with Equally Boring Opening Area That Allowed You To Shoot A Missile Or Something So You Wouldn't Notice How Bored You Were, a level that Sequel To Popular Game simply couldn't hold a candle to.

Speaking of levels, who thought that adding Awkward Stealth Level to Sequel To Popular Game was a good idea? It messed up the entire formula that made Original Game Which In Fact Included Two Stealth Levels The Writer Has Forgotten great. I want to use Repetitive Gaming Mechanic Used In Rest Of Game to take out those enemies, not Badly Implemented Stealth System. I'm playing Sequel To Popular Game here, not Splinter Gear Solid!

All the characters in Sequel To Popular Game come off as shadows of Original Game's characters. While I have no problems with Hot Chick With Less Clothes Than One Should Probably Wear In Combat, I'm less enthusiastic about Worthless AI-Controlled Apparently Suicidal Teammate, although I found Pathetically Unfunny Catchphrase Repeated Every Couple Seconds By Character funny enough to slightly redeem him. There are no characters as memorable as Original Game's Equally Useless Teammate With Slightly Better Repeating Catchphrase or Other Hot Chick With Even Less Clothes Than The One In The Sequel, but, in defense of Sequel To Popular Game, few characters have ever matched those two.

The ending of this game leaves much to be desired as well. I was expected some satisfaction in terms of Sketchy Overarching Plotline, but instead we were left with Inevitable Cliffhanger Designed To Blackmail Companies Into Funding A Third Game. Sure, it's true that Sudden Return Of First Game's Villain At Climax Of Second Game was an unexpected twist, but I think they could have done better than Completely Unexplained Disappearance Of Villain Pending Further Sequels.

So where did things go wrong for Sequel To Popular Game? To understand, we must first go back to the development of Original Game. When Visionary Designer Who Has Never Actually Finished A Goddamn Project In His Entire Life left the company that was working on Original Game, development was handed off to Workhorse Game Designer Who May Not Be A Creative Genius But Who Actually Fucking Does A Little Work Now And Then And Delivers A Fucking Product. 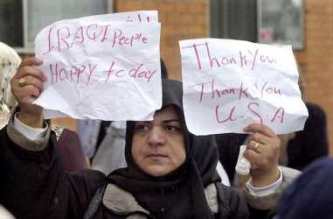 While I love what Little Known Niche Game Company has done in the past, including Game No One Has Heard Of But A Few People Talk About Like It Was The Fucking Messiah, they just didn't have the necessary resources to produce something along the lines of Original Game. Even with the budget given to them by Large Company, the evidence of cut corners can be seen in Long Interior Level With Only One Texture For Both The Wall And Floor, and also Ending Area Missing Most Of Its Content. Flaws like this stack up in Sequel To Popular Game.

Maybe part of the problem was the enormous amount of hype before the game's release. I was at E3, and I remember Huge Game Trailer Featuring Characters And Locations Never Even Planned To Be Included. That single video made me want Sequel To Popular Game like nothing else. Even for those who didn't preorder from Monolithic Corporate Store or didn't, like I did, preorder from Ratty Indie Game Store Secretly Owned By Monolithic Corporate Store, the reviews must have been tempting.

Magazine Owned By Video Game Company That Gives Nothing But Great Reviews To The Company's Games gave it a great review. Shitty Game Review Website That Rarely Goes As Low As An 8 In Its Ratings gave it a 10 out of 10. Tough Review Website That Occasionally Goes As Low As A 7 When A Game Is Really Bad gave it a glowing 9 out of 10. Reviews like this rarely lie, so I was pumped as I headed to Secretly Corporate Indie Store to pick up my preorder.

And here we are. All my hopes turned out to be for nothing. Sequel To Popular Game just plain isn't as good as Original Game. I haven't given up hope though. I'm still waiting eagerly for Third Game So Bad It Will Destroy The Franchise Forever to be announced.