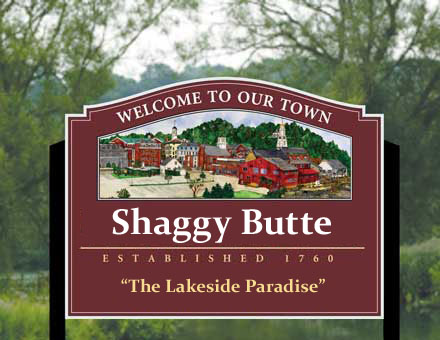 1988: Before fully recovering from their dog-gifting debt, the city of Shaggy Butte embarked upon a new project: a manmade lake in the middle of town, intended to attract tourists and enhance the local scenery. Work crews got as far as digging half of a hole before the project was scrapped due to lack of funds. The city council briefly toyed with promoting "The Shaggy Butte Mystery Half-Hole" as a tourist landmark, but abandoned the idea due to lack of promotional budget. The Half-Hole wound up serving an unexpected purpose as a mass breeding site for the thousands of feral, abandoned dogs that resulted from the previous year's giveaway. 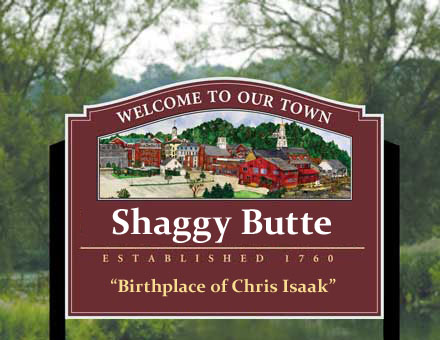 1990: During a meeting of the city council, Shaggy Butte mayor Mark D'arensbourg somehow misheard a councilman's statement of "I was born here" as "Chris Isaak was born here." Delighted by the notion, he asked the council to change the town motto in honor of the "Wicked Game" hitmaker; the sign survived for two years before the city council found the lost key to its P.O. box and discovered a large stack of cease and desist letters from Isaak's lawyers. 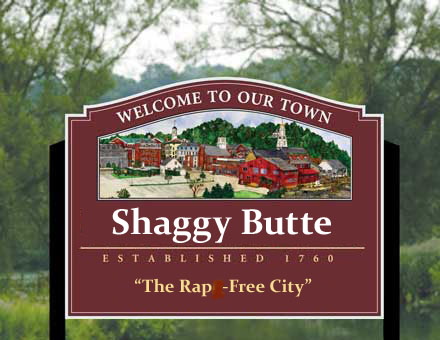 1992: Faced with a budget crisis, the Shaggy Butte city council decided to reuse their old "Rape-Free" sign with the "e" chipped away. They hoped to score points with their conservative base in the wake of the recent "Cop Killer" and Sistah Souljah controversies; it worked for a few years, until Chuck D decried the town's rural backwardness during a visit to the Clinton White House. The president immediately recognized a photo of the painted-over sign, as he himself was once famous as "the Shaggy Butte Tickler." Clinton ridiculed the town in a national press conference, and the sign was quietly removed. 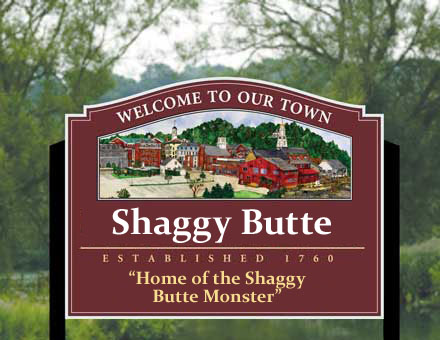