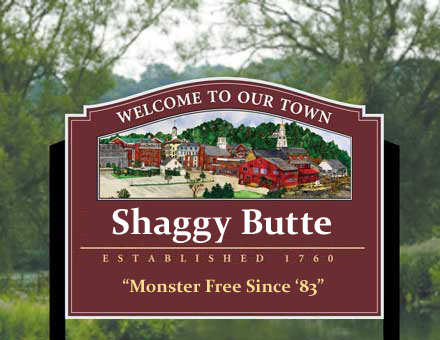 1996: As a condition of the victims' lawsuit, the town was required to adopt a new motto that didn't glorify the Shaggy Butte Monster. Though the Monster actually moved out of town in 1988, the city council decided that "'83" made a catchier rhyme. The motto survived until the Monster happened to drive through Shaggy Butte on business; he was so incensed by the sign that he successfully sued the city council, but not before indulging in a few bonus rapes. 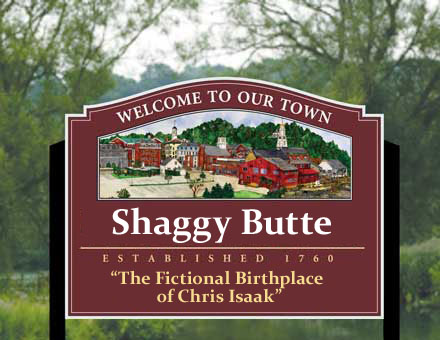 2002: After an episode of the Showtime series "The Chris Isaak Show" jokingly claimed that Isaak was born in Shaggy Butte-- a reference to the 1990 controversy-- the city council immediately adopted a new motto to ride the wave of Isaak publicity. The motto lasted for three years before somebody in the city council finally mustered the courage to open one of the scary-looking legal letters from Showtime. 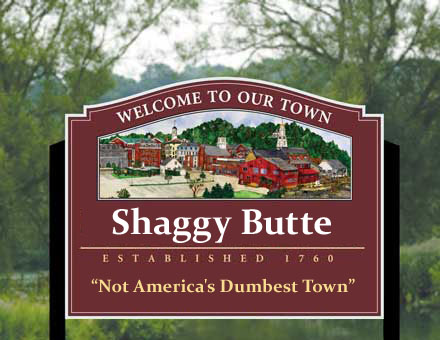 2005: Though some city council members were dismayed when an issue of Newsweek ranked Shaggy Butte second in their list of America's dumbest towns, the Chamber of Commerce saw a great motto opportunity. The people of Shaggy Butte were delighted by the new sign, and were sad to see it go a few years later, when a revised list ranked Shaggy Butte at the top. 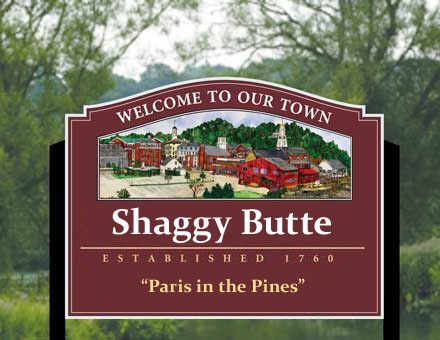 2009: Unaware that they could just paint over the old mottos instead of making new signs, the council finally voted to cut off Shaggy Butte's sign budget. The original motto was brought out of retirement, though few remembered the meaning it was originally meant to convey. As of 2010, Shaggy Butte is working on a full-sized replica of the Eiffel Tower made of pine trees.