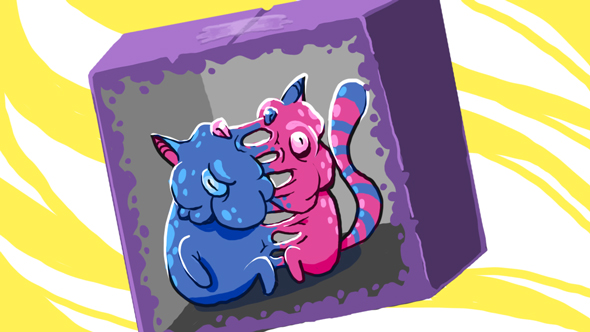 On and off throughout my life, I debated internally whether or not I was theoretically(!!!) bisexual. This was for a long time a particular puzzle for me when I first learned of the term in High School, partially because the idea of "being on the fence" was often thrown around as an indicator that someone was undecided or just closeted, or worse - attention seeking. And of course, my attraction to women being unambiguous for as long as I can remember, made me frequently push aside any brief thoughts of hunky man meat as "explorative thinking" and nothing more. Oh, and I was growing up in Utah. No reason to mention that.
These thoughts were always floating around throughout my childhood, of course, but back then I didn't even know what to think of them. I remember being really attracted to Michael Jackson in a video cassette of Thriller our family owned, and was surprised to later learn that Michael Jackson was in fact, a boy. Well that can't be right! I wouldn't have felt this way about a boy. What an error I have made! Boys like girls, a fact I knew well from all the Disney Princess movies we had droning on constantly in the background. A fact I knew from experience, having another early sexual awakening when I first watched Aladdin. Jasmine was quick to affirm for me my apparent heterosexuality, but the funny feeling I got while looking at Aladdin himself? Must be something I ate.
Naturally, these experiences never went away. For a short time in High School I thought "ohhhh shit I'm a closeted gay aren't I?" Was my attraction to women an illusion? If it was, it was a rather powerful illusion that made my basement rumble, soooo no. It seemed quite obvious on one end of the scale, but somewhat foggy and interchanging on the other. It took a very specific kind of dude to make that scale waver, so again, I brushed it aside. There were plenty of attractive ladies to be rejected by after all, no need to expand the pool of rejection am I right fellas? Actually, that's a lie, I did at one point think going "full gay" would be the solution to my loneliness problem but I eventually realized how stupid that sounded and moved along. 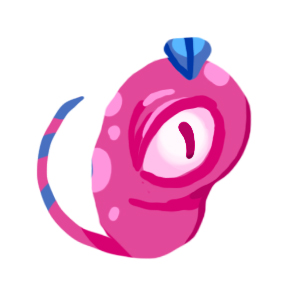 But ya know, time passes and eventually bisexuality becomes a little more normalized as a real thing that exists and isn't just a phase or sign that you need an extra dose of gay to complete the ritual. Well, mostly. By the time this paradigm shift even happens though, I'm in a committed straight relationship with a marvelous woman who I later do a marry with, so I guess it's all a moot point right? Am I just an attention-seeking asshole if I come out with it now? Probably.
In my college years I, of course, dive deeper and deeper into progressive politics. Gain a few gay friends, extra ally points for me! Wow, what a woke manly white dude I am. Here, my presumed "straightness" gets solidified into a symbol of my own identity in allyship. I mean, here I am a white, cis, beardy man in a straight committed relationship. There ain't no one coming to take away my rights over here, no one calling me slurs, so to insert myself as anything more than an ally would make me look selfish and attention-grabby. Did I intend on DOING gay stuff with that side of myself while I was in a relationship? Nope! So shut up, bisexuality, sit in the back where you belong. I didn't earn the right to call myself anything but straight.
For years during my marriage, I felt pretty comfortable with this idea on the surface. Surely, if I'm in a straight marriage, and die in a straight marriage, I'm de-facto straight. Labels are silly anyway, right? What would claiming to be bisexual really accomplish, anyway? Am I just out here looking to join the cool gays' club, a convenient excuse to join the party without having to deal with any of the downsides? Am I really about to identify myself by a label that in my life just translates to me making little remarks about hot sweaty men on the television with my wife? Seems rather silly.
But every year, Pride Month would come. Big old celebration of the whole LGBTQ+ spectrum, B is even in there, eh? And every Pride, I would reconsider this notion, then deny myself the identity for all the reasons I grew up with, and for all the reasons I came to convince myself of. Like Jesus, who gives a shit anyway? It's 2019, no one cares and it will change my life exactly zero percent. Keeping it to myself is the only way I know I'm not being selfish with the label. The only way I know I'm not just seeking attention, or wanting a superficial reason to more "officially" join a community I have long come to admire from afar. I believe these things sincerely, but no matter how hard I try, I can never quite shake the desire to claim it publicly. The whole time, it's been trying desperately to be heard. 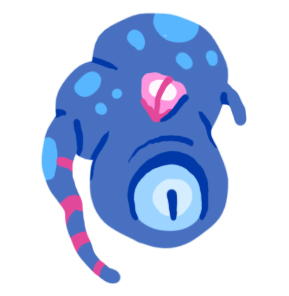 One way or another, I've always been telling my friends and loved ones this part of myself. But never in those words. "Ironic" jokes where I hyperbolically talk about how attractive a certain male celebrity is? You bet. Getting knock-out drunk during get-togethers and slurring some not-so-vague implications? Every time. Taking every single opportunity I can to talk about LGBTQ+ filmmakers, my "ironic" love for Rocky Horror Picture Show, and just about any other gay-adjacent thing that passes through my periphery? Good god, yes, it won't stop.
So why does this feel so important to me? I guess the same way any aspect of someone's sense of self is important? I define myself by a lot of things; my interests, my hobbies, my accomplishments, my beliefs, my vast dusty collection of rubber halloween masks. In a way, it feels like this aspect of myself has taken an unnecessary backseat in my life, first because of uncertainty, then because it made me feel guilty or prideful. I don't define myself by my sexuality exclusively, but it deserves a seat at the table, damn it.
So hey My Bisexuality, pull up a chair.
Happy Pride!

EDIT: Way more important shit is happening in the world since I wrote this. Stonewall was a riot, cops are bad, and you should donate to the Black Lives Matter movement.