SlamBall and the State of Entertainment

"SlamBall," a long-in-development new sport, will debut as a TNN television series with the intention of becoming a sports league, Variety reports. The hybrid team sport, played on a specialized surface that incorporates trampolines, combines elements from basketball, football, hockey and gymnastics. It pits teams of four in a nonstop 16-minute game.

Added Gordon: "I sat down with one piece of paper and said I'm not going to move until I come up with something that nobody can say no to. And I drew the first SlamBall court."

Wow! SlamBall! How extreme to the max, dude! Even though the article doesn't really go into depth regarding the specifics of SlamBall, like exactly what the fuck it is or how you play it or why anybody would be motivated to watch anybody even remotely involved with it, CNN does a wonderful job describing how excited TNN executives are at the idea of promoting a brand new "sport" which has a name that sounds like a Hershey's seasonal chocolate candy. Creator Mason Gordon, whose resume includes working on hit entertainment products such as "Big Fat Liar" and "The Rosie O'Donnell Show," didn't provide a diagram showcasing off the first SlamBall court, sending me into some kind of Internet fury. Luckily I was able to digitally reconstruct this schematic by cramming a bunch of "data" (various ones and zeros) into a "USB port" (a hole that I drilled into the wall by using a chisel) in my "computer" (a shipping box with the word "closet???" scrawled across it in black marker). Here is what was produced after I drank too much and ending up throwing things around my living room while fighting off the stun gun prongs from state police officers. 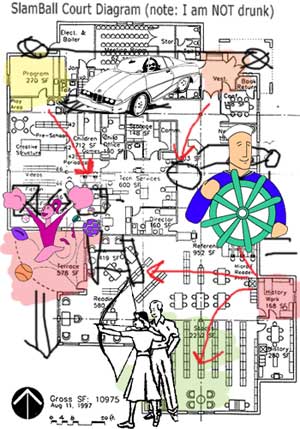 As you can see from this diagram, well... I guess you really can't see anything from this diagram. The important point is that SlamBall appears to be very fresh and in-your-face with enough attitude to rock your world while not gagging you with a spoon because it isn't groadie to the max. I imagine SlamBall players will be allowed to wear really cool neon reflective outfits that have shoulder spikes and helmets that shoot out fire whenever they score a goal or get a point or pet the turkey or whatever the hell is the ultimate point of SlamBall. I can't wait for the SlamBall franchises to pop up and collectively amaze us all with their intensely creative names, like the "Milwaukee Gravy Barons" or the "Albuquerque Patron Saints of Mystical Underwater Hair Saloons." Maybe the players will be able to place colorful and witty nicknames on their jerseys (like in the XFL) such as "I KILL YOU" or "RAPIST." Either way I really believe that SlamBall is yet another exciting step in the world of exciting stepping televised entertainment and feel that this feelgood sensation of a lifetime will redefine the entire sports world as we know it. It will most definitely NOT be canceled after a year. No, that is what will absolutely NOT happen. There is NO chance of this occurring whatsoever. I also think you should purchase stock in Snowball.com because it's about to skyrocket any day now.

Since Something Awful is a site devoted to improving the world around us by providing witty and intelligent commentary which usually begins with the word "fuck" and ends with "you," I have taken it upon myself to brainstorm up a few more excellent television shows that will undoubtedly satiate the public's growing excitement with brand new sports, reality-based television, and high risk game shows. I was originally going to call this update "The Reality-Based High Risk Sports Game Show Article," but my editor told me that title was too long. Then he turned into a ceramic pig figurine once I realized that I don't have an editor, just a ceramic pig figurine that sits on a chair which an editor would normally sit in. That's how things go in the fast-paced world of Internet journalism; I don't expect you to understand it as this business is confusing and complex, much like attempting to do differential equations on the back of an apple Fruit Rollup.

¡UPCOMING EXCITING REALITY-BASED HIGH RISK SPORTS GAME SHOWS!
(NOTE THAT I HAVE USED ONE OF THOSE UPSIDE-DOWN EXCLAMATION MARKS! I AM NOT QUITE SURE WHY!) 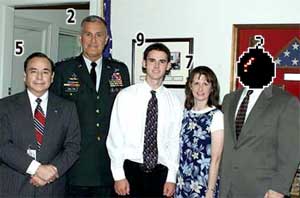 "Human Stratego" - The smash hit board game is back and in easy-to-consume game show format! Stratego, the Milton Bradley Company's game which combined both the words "strategy" and "go" into one powerhouse title of consumerism, was first launched to the general public in 1961. It immediately caught on and swept the nation like AIDS, mainly because there was nothing else to do back in the 1960's except be a white male and act racist towards blacks, Communists, Japanese, Russians, and any other force of evil. Everybody eventually stopped playing Stratego in the 1980's because American culture rejected anything that didn't feature E.T. or a Gremlin on it, except possibly the movie "Heartbeeps" which nobody on Earth remembers except me. Oh great, now that got me thinking of the film "Day of the Comet" and that scene where the kids are shooting UZIs in the mall jewelry store. Stupid 80's.

Anyway, the concept of Human Stratego combines the original game with the high-stakes reality television programming that is so popular with the kids these days. Contestants and their friends and family will be dragged onto the show, forcibly if necessary, and then assigned a rank based on the amount of money they pay us. We don't like to call it "extortion" so we refer to this process as "definitely not extortion." If somebody pays us a lot of cash then they are given a rank of "1". If they refuse to ante up, they either become a "9" or a bomb, in which case we rewire their internal organs so they stop looking like internal organs and instead begin looking more like a bomb. The two competing armies then duke it out for 48 minutes in an attempt to capture each other's flag in whatever way possible. Weapons are assigned based on the rank of each player; for example, a player ranked "1" will get a nuclear bullet launcher machinegun laser death beam death ray cannon while a "9" will be provided with a rubber band that breaks when stretched out. Both teams get to go home after the contest is over, except only the winning team isn't forced to travel there via bodybags.

"Numero Uno: The Guessing Game!" - Up to 400 different people locked in an abandoned shoe store compete to guess the number that host Tom Bosley is currently thinking of, a number between -300,000 and infinity. Nobody gets to leave until either somebody guesses the number or Tom Bosley dies of old age (which technically I think happened years ago). Here's a part of the transcript from the season premier:

Then there is a commercial break for Irish Spring soap. 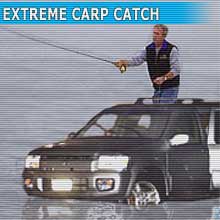 George Bush Jr. in the premier episode of "Extreme Fly Fishing." He is our current President, you know!

"Extreme Fly Fishing" - The sport of televised fishing never really caught on with anybody other than fishermen and drunkards who lost their remote control while engaging in the process of passing out into a kiddie pool full of urine in their livingroom. "Extreme Fly Fishing" combines the challenging sport of trying to catch a fish while doing "extreme" things such as riding a skateboard on top of a wild bull that is snowboarding down a rocky mountain into a halfpipe full of African spitting beetles. While this show kind of caters to a specific niche group, the producers will undoubtedly be able to make up for lost money with product endorsements from various SUV companies, Eddie Bauer khaki pants, and all those other stupid stores at the mall that use way too many primary colors in their advertisement displays.

"Dead Celebrity Jeopardy!" - Various deceased celebrities from across the globe are carted in to match wits against each other in a no-holds-barred game show where "excitement" is in the cards! And it's not even a card game, so why don't you think about that for a while! Host Alex Trebek, who is himself in the process of becoming a Dead Celebrity Jeopardy! contestant as I write this, serves up the most mentally stressing questions from categories such as:

Names of People Who Enjoyed "Glitter"

Things More Painful Than Watching Sitcoms on the WB Network

Fans from across the country are eagerly anticipating the round of competition between Jim Varney, Morton Downey Jr., and Hitler's brain which has been transplanted into a robot's body armed with huge claws and this bright red laser beam thingy on his chest which alternates from being a death ray to a tractor beam.

"Let's Date a Jerk" - Let's face it; the only reason anybody anywhere ever watches those retarded dating shows is because deep inside their blackened and rotting hearts they're praying that the couple will get into a horrible fight and break up, hopefully while exchanging gunfire. Who the hell wants to see a guy and girl fall in love when there's a chance that the guy and girl could fall into a cage of angry lions? The game show "Let's Date a Jerk" teams up some unfortunate town floozy with a guy named "Lenny" who dresses in dirty Iron Butterfly t-shirts, drives a 1984 Black Camaro which has flames drawn on the front hood, and is basically a jerk. Each and every show ends up with the woman either slapping Lenny in the face or phoning in a rape report to the Police, at which point the cast, crew, and Lenny relocate to a new town and look for brand new dating potential that will sign any contract waved in front of their face for $25 and a pack of Marlboros.

"Escape From Dennis Hopper" - Contestants attempt to flee from renowned character actor Dennis Hopper in a cross-country chase of 100% pure excitement (NOTE: the Federal Drug Administration legally requires us to explain that there is only 94% excitement included in this game show, as the other 6% is an artificial substitute named "Sholaxtinorol" produced and manufactured by LLJK Global Industries). Once Hopper catches up with his prey, he usually ends up torturing them by imprisoning them in a room while he wildly waves his arms around and acts as if there are live, angry hornets inside his bloodstream. This is because he is insane.

As you can plainly see, the future holds many new exciting and entertaining television shows, assuming I can save up enough money to buy the necessary amount of chloroform to knock out an entire television production crew for an hour or so. If not, well hey, I can always gas myself when "Lexx" comes on and save myself the pain. I was thinking about adding some disclaimer to this article so I wouldn't get any raving, misspelled, bizarre flame emails from rabid Lexx fans, but then I remembered that they probably don't know how to send email messages. Or own a computer. Or have the ability to read. So I think I'm relatively safe on this one and look forward to another pleasant, uneventful day!

What would a Friday be without highlighting some of the greatest Photoshop threads found on the SA forums? Today's topic is "Classic Comics" and the skewed outlook that the notorious forum goons have on this media. Take a look! 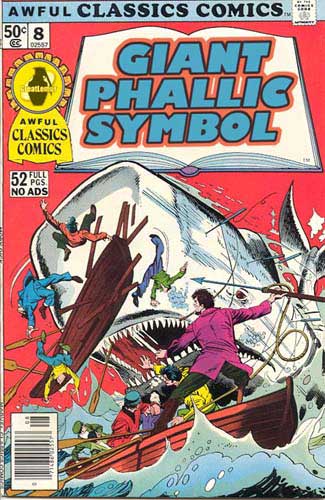 I'd buy that for a dollar! Head on over and read it now... or else!