In an ongoing effort to keep their products safe, fair, and enjoyable, professional sports leagues update their rulebooks every year. These changes don't always stick. In fact, some rules are so disastrous that they don't even last through an entire season.

- When two players disagree on an issue, they can no longer fight. All disputes will now be held by stopping play and setting up an air hockey table in the center of the rink. The first person to three points wins. Loser receives lethal injection via a blowdart administered by an official crouching in a stand of plastic ferns.

- No one is allowed to touch the puck with a hockey stick or with their body or with anything at all, really.

- Each rink's ice will be replaced with astro-ice, which is essentially lava.

- To foster an exciting game, players must scream as loudly as they can at all times. When two athletes collide, they will both imitate the sound of a spectacular car crash. Failure to make an explosion noise while kicking the ball will result in a yellow card.

- All uniforms will now have collars which - at a minimum - will extend to a height of three feet above each player's shoulders when folded down.

- In international matches, each team must field their nation's president, king, prime minister, or dictator. If any of the above are not available a talking dog will serve as an acceptable replacement.

- Mascots can piss wherever they want. 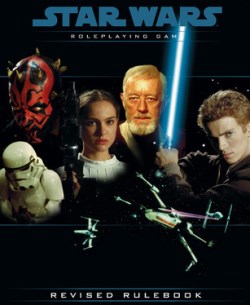 An example of a rulebook.- The famous Seventh Inning Stretch will now be the Seventh Inning Patrick Stewart Boofest. A series of still images of the genial actor will be projected on the stadium's largest screen, and fans will be asked to boo him as violently and mindlessly as possible while America The Beautiful plays.

- Players with noticeable love handles must roll their shirt up and tie it in place, keeping their midriffs exposed.

- The tennis ball will be replaced with an imaginary tennis ball to facilitate longer volleys and incredible shots that would prove too risky with a real ball.

- Anyone named Kirk shows up to compete, they're out.

- The first serve in every match will now be determined by a feat of strength. Each athlete will heft a mighty hammer and hit a pressure pad with as much force as they can, hoping to ring a bell.

- All shots must now be taken by gripping the ball with both hands and rocking it back and forth between splayed legs, granny style. When a player is fouled, they must take their free throw attempts by facing away from the basket at half-court, putting one hand over their eyes, and tossing the ball over their shoulder.

- A three foot wide strip will be established near the sideline, running along the length of the court. Players who enter this specially designated lane will be allowed to run as fast as they like with no penalty.

- Celebrities at courtside will now act as head referees.

- The standard game length will be four quarters, each lasting twelve minutes. If Dad comes out and yells the game will immediately end and everyone will shuffle away, grumbling under their breath about how unfair things are.

- To make things easier for broadcasters in the booth, all athletes will now be referred to by the universal nickname for football players, Bruiser Skeleton.

- When it's really cold all players must shave their heads so we can get more awesome shots of steam rising from dude's domes.

- A golfer can run towards the hole while dragging his club along the ground, pulling the ball along. It will count as one stroke. If, however, the ball loses contact with the club, or the golfer slows down to a walk, sweats, or breathes heavily, a one shot penalty will be induced and the ball will be placed at the spot of the infraction.

- If you die on the course, you die for real.