Demands from the Triple Amputee Extra 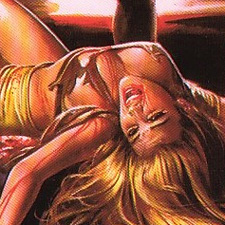 It used to be about the cannibals.I don't need both legs to know when you're pulling one of them. My treatment on your set must be some sort of elaborate practical joke, because I can't think of any other reason you would disrespect one of the few remaining triple amputee extras in this hemisphere. Having played roles in Cannibal Wastelands 1 and 3, I expected my experience with the franchise to factor into the way I would be treated during this production -- which has been POORLY. Director Steve "Buck" Stevenson's on-the-set demeanor has devolved to an alarming state, and while no formal outfit exists for his chosen profession, I believe wearing the same marijuana reference t-shirt for three consecutive days does not reflect well on one's prospects.

Need I remind you of my contributions to the world of film? After a work mishap claimed a random assortment of limbs on my second day of employment, I had no choice but to take my talents to the world of films after growing disillusioned with my year in the freak industry. My roles have run the gamut from zombies to corpses and everything in between. Lloyd Kaufman himself called me the finest triple amputee extra he'd ever seen, and I would have been in several of his films had I asked for leftovers from the craft services table instead of money. Reggie always did have a soft spot for cold cuts. And that's what killed him. 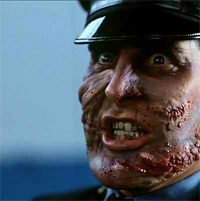 You could have caught my appearance in Murder School VI: Summer Murder School, where I doubled for the "after" version of Eric Roberts. Most people assume we used CGI, but no: it was 100% pure, all-American amputee professionalism.

While filming Bigger Than Jaws, director Robert Lakeheart provided me with hourly footrubs from the makeup ladies working at his nearby pornography productions. He understood the cramping and callouses that come from a life of non-recreational hopping. Staring into death's hollow skull with three limbs caught in an industrial laundry mangle brings with it certain difficulties. Example: when you people complain about parking tickets, any desire to respond is drowned out by the sounds of my bones splintering between 3000 pounds of tempered steel. Also, I get foot cramps.

Did you happen to catch my appearance in Dustin Tobin's Gorefunnel? The antagonist's kill floor featured me as its centerpiece, and, once again, the Internet was abuzz with rumors about supposed "special effects." Listen. As my business card states, I'm a walking green screen. And I think it's about damn time that I'm treated like one.

Movie stars are expendable. I know this. In the snap of two fingers, Eric Stoltz could transform into Michael J. Fox with the public none the wiser. But I ask you, can you replace me? Mr. Robert Zemeckis will not come in out of the kindness of his heart and erase some able-bodied extra's legs and arm with movie magic. 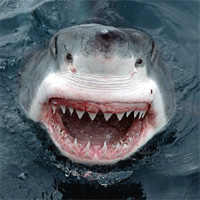 "Is that Jaws?"
"Nope. Bigger."Have I told you about my work under Christopher Columbus over 20 years ago during the filming of Home Alone? Needless to say, the original vision of the film took a much darker turn, and my similarity to Daniel Stern (at the time) got me hired on the spot. You would not believe the good times I had on the set with Macaulay Culkin those eight hours he pretended to blowtorch off my limbs. 20th Century Fox did not feel the original version of the screenplay would appeal to more than the irresponsible teens demographic, so my scenes were left on the cutting room floor. But I have still worked with the greats, and even pretended to pull a cigarette out of Catherine O'Hara's ear with my toes.

I write to you not as an employee, but as an artist, in the hopes that you will understand my value to this production. Increased workplace safety and alcohol restrictions are making conditions like mine a thing of the past. Remember, when you hug your loved ones tonight, you're doing it with certain appendages some of us lack. And it's this reason you won't get paid 10 times more than any other extra.