Chapter 2: In Which Dr. Petrubia Introduces a Plan 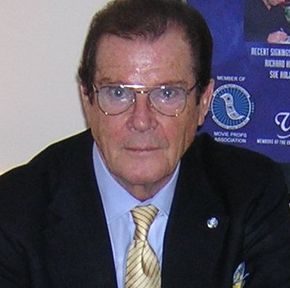 Dr. Petrubia led me down his hallway to a spare room that used to be his son's room until the son went to live with his mother three years ago. She got full custody because it turns out that the doctor had tried to destroy the world or hold it hostage somewhere in the range of a hundred times, and, despite the fact that he was never actually successful, the judge still ruled him an unfit father. The wallpaper of the room was a faded pattern of baseball bats, balls, and gloves.

On one wall, he had torn the wallpaper off and put up large metal sheets with a sign he had painted on a butcher paper that said "Secret Control Room". Below that was an ancient computer with a bulky monitor on which he had taped the label "Giant Robotic Boot Control Panel". He turned to me, gesturing proudly at the signs.

"This is my latest evil plan to destroy the world," he said. "And you're going to stop it."

"Look, we haven't had any respect for years because we haven't done anything worthwhile for years. So: I'll fake an evil plan. I'll pretend that I'm going to send an enormous robotic boot to stomp on the White House. Then you'll fake stopping it. Which should be easy because the boot won't actually exist. You get your name in the paper, I get feared again. It'll be great."

I want to say that I had to think about it awhile. That it weighed heavily on my soul. But actually I was just really excited.
.
"That's a great idea!" I said.

"Well, the chances of us getting caught are very high, but..." In that moment I remembered the time I had looped my belt around a helicopter's runners so I could secretly hitch a ride as it flew into an erupting volcano, and the time I had wrestled with the President after he had been transformed into an ape, then I looked down at the way my paunch was nosing its way through my tuxedo shirt. "but let's do this."