Chapter 3: The Other Shoe Drops

I was leaning casually against a tree near the Washington Monument, waiting for Dr. Petrubia to release his video. Suddenly a car full of soldiers came barreling by towards the White House. Looks like it had started. I flipped on a portable TV I had with me and watched as he gave his speech. 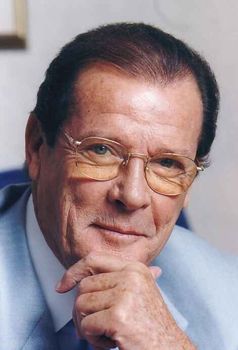 At first it was a little awkward. He hadn't done this in awhile, and he didn't seem to know how he should stand or how to inflect his voice. His voice involuntarily squeaked as he said "Your president will not be spared." But after awhile, you could see him relax and really get into it, throwing in evil laughs and threatening rhetorical questions.

By the end, he was perfectly comfortable, tapping at the keyboard of his broken computer and announcing that his robotic boot was even now descending from orbit to stomp out federal spending once and for all.

I turned off the TV and strolled up towards Pennsylvania Avenue. Screaming tourists passed me going the other direction. In a minute I would appear at the White House, say some reassuring things to Secret Service agents, then drive back to Dr. Petrubia's house where we would film me defeating him in hand to hand combat and then maybe knocking the computer to the floor before announcing that I had averted the crisis. This was the plan anyway.

It was the plan right up until I saw the crowds of people pointing up to the sky and gaping, and I looked up to see that there really was a giant robotic boot flying down to crush us all. That son of a bitch Dr. Petrubia had set me up. My heart started beating hard, and I realized that I couldn't have been happier. I reached inside my bag for my secret umbrella-jet, which my nephew had just fixed as a birthday present. The mission was going to be real.

Dr. Petrubia was sitting on his son's bed, drinking a Diet Dr. Pepper and waiting for me to return, when he heard the front door open and shut.

"You can't possibly be back already," he shouted, and wandered out into the hallway, where he found himself knee to face with Dr. Zarkanonovako, the infamous Russian midget evil genius, and current reigning nemesis of the Secret Agency.

"Hello," said the short Ruskie. He held his hand above his head so Dr. Petrubia could shake it. "Most impressed by plan. So I decide to help you. I send second giant robotic boot which I happen to have laying around. Now destruction is double."

He turned, posing with a maniacal grin for a man with a camera who had followed him through the door.

"Don't mind him," said Dr. Zarkanonovako. "He's just my publicist Now. We two of us, we smash Washington! Hahahahaha!"