The State of the Emily Address 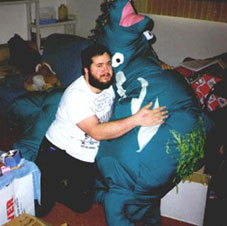 This fat plushie guy is on the fast track to success. Where can I purchase this track?

It has come to my attention recently that I am worthless. I base this worth not off of the fact that even if my physical body were melted down and refined and sold to the evil Jews that it would have a market worth equal to that of a Super Value Meal at Arby's but on the grounds that I have absolutely no practical skills that could be of any use to anyone in an employment situation, ever. No way. Unless perhaps someone forced me to do slave labor, but even then I would be a whiny and lazy slave and I'd probably get beaten a lot.

I am generally satisfied with my job as a shiftless reprobate. My main responsibilities include eating, sleeping, and losing in Warcraft 3 to amazing and awe-inspiring proportions. I write for the site and read a lot of books and play a lot of video games (poorly). Not necessarily a "bad" life, if you consider "not bad" to be sitting inside all day and watching vibrant life pass you by as you struggle to ban yet another insipid, greasy jerk from some internet forums. Sometimes I move my massive bulk over to the window so I can look at the ducks in the pond outside and laugh at them for having to move around. Stupid ducks. Don't they know that there's an internet? 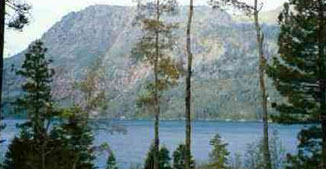 But as good at these things as I may be, there is a distinct lack of people willing to pay me for this and a distinct lack of the "outside," including things like "sunlight" and "other people" and "AIDS." I wouldn't mind certain things from Outerlande like having friends, having muscle tone, having money... so I really need to figure out a way to do this and maintain the laziness and worthlessness that defines my shining character. Unfortunately, job people and friends don't just appear out of nowhere and offer me wondrous, freshly-baked breads. I have to make decisions and pursue them, two things that I am not very familiar with. I am also not familiar with many soaps but that makes for another article in and of itself.

I am not very good at making friends, I guess (I tend to be fairly abrasive, go figure), but friends would be convenient ways to pin blame for certain unexplained murders and I could eat their food when I didn't have food or when I was too lazy to find food. Ideally I could partake of this slovenly lifestyle and the doorbell would ring (ok, we don't have a doorbell but let's say we do for effect) constantly because people out of nowhere wanted to come over and be friends with me without any sort of effort or motivation on my part. Even better, the people I meet online would swim through cybarrlande, past the Furry Rape Island, and come over to play Legos or Construx. That takes care of the friend thing and I'd never have to go to bars or cemeteries or wherever it is that people meet each other after they get out of college in this crazy world. It also means that I wouldn't have to ingest whatever bleach-solution that enabled Rich to not care that the only new people we meet each week are the checkout girls at the grocery store when we are forced from our cave under threat of starvation. 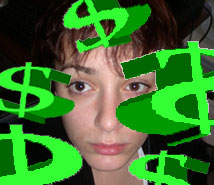 My plan IN ACTION!

Money acquisitions would be simple enough in an ideal situation: the money would simply fly right out of the computer monitor and hit me in he head. That's right, I'd be typing along in my cybarrworlde and all of a sudden, WHOOOOSH!! This money would start flying out of that infernal machine and before I knew what was happening I would be up to my surgically-altered Spock-ears in gold doubloons. I would use this money to buy video games and perhaps food as well. If I had enough money I might purchase computer things and then more video games. In this way, my slovenly and disgusting lifestyle would be upheld in all of its leisurely glory with minimal effort on my part. Oh ideal world, if only you existed.

Dammit, I don't want this to sound like the rare but sad Zack "Chest-Editor" Parsons' whiny e/n updates (oh no! too late! BF1942 here I come!), so I'll just get to the point: my ideal world is obviously a big bunch of crap because I have to get off of my fat ass and do things for myself. Unfortunately, this all goes back to the problem of my not having mad phatt skillz, yo. I have a bachelor's degree in English and that's all, credential-wise. SInce college I have had absolutely no real-worls work experience, and I graduated from undergrad in May of 2001, so that's a solid yea rand a half of loafing. Part of my loafing problem is a lack of jobs, perhaps (yeah right), and I suppose that I should have listened to all of those people telling me to go into graphic design. I mean, there are jobs for those guys everywhere, right? And they are making a shitload. Heh.

My other problem is that I do not want to work somewhere "dumb," but nowhere "good" ever wants to pay me for things (because I can't really do anything). So, I suppose that what I really need to do is just get the skills that I do have out there so that if there are any prospective employers about that they might recognize my necessity on their pay role and their absolute requirement of my lethargy on their workforce. 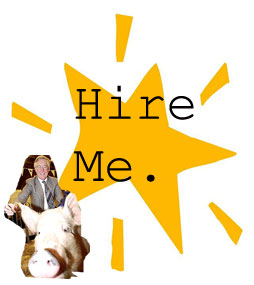 I can do the following

I hope that I get a response soon because I would like to have a job or whatever and I think that having a work ethic of any sort might be good, and things. Also good would be the fact that I might have a chance to get into The Outside which might be beneficial for me in terms of robbing people at knife point and throwing up on strangers' shoes. In the mean time, before I am full of most gainful employ, I suppose that I will just keep on truckin,' you know, like they say in that one band or whatever. Or maybe I'll take a nap. Or maybe I'll do something else.

Cranky Steve's Haunted Whorehouse has been updated once again for your viewing (dis)pleasure, offering you the finest colored lighting endorsed products such as "Horror," a map based off its users reaction to playing it. 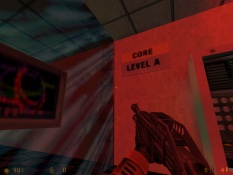 The horror begins with players spawning in a dimly lit room containing a machinegun and 5 “no smoking” signs. There’s also a looping alarm sound playing in the background as if to say “Danger: this map sucks critical amounts of cock”. I probably should’ve heeded this dire warning and quit Half-Life immediately but instead I chose to venture into the horrible nightmare world that is “the room below the first room”. If my screenshot looks a little dark that’s probably because this room requires monitor gamma levels suitable for performing x-rays. A closer inspection reveals that it is actually inhabited by a race of subterranean mole-people who have somehow mutated into prefab crates.

Wow! Boy does that sound like one winner of a map to download! Be the first kid on the block to check it out!