This Update is Brought to You by the Letters H, I, and V!

A long time ago, in the land before time, I used to be a little kid. Yes, as shocking as it sounds, I wasn't always nineteen years old. In fact, just a few short years ago, I was a totally different age than I am now. A younger age, filled with naivety, youthful energy, and littlehood. Back during this era which E! biographers refer to as "The Early Years," I was but a tot. A tot bursting with happiness and joy, amused by the simplest of things. Unlike today's futuristic world in which I'm only entertained by complex, futuristic things that involve deadly lasers and incredibly vast calculations, anything would entertain me in those simple times. Activities like coloring and swallowing Drain-O were all the rage with me and my forth form schoolyard chums, and we'd often have fun simply getting into comical mishaps in our fathers' gun cabinets. Still, at the end of the day, it was nice to relax with some simple television. To me, TV wasn't just a glowing box that spit out radioactive, cancer-giving waves directly into my brain. Television was a babysitter, a mother, and maybe even a true friend. For hours on end, I would sit at the screen and absorb all the wonderful programming that was being blasted at my developing eyes. Soon, a young Scott Delbango withdrew from the world. My friends were no longer of flesh and blood, but of plastic google eyes and cheaply made carpet. Shows like Fraggle Rock, Howdy Doody, and that one on Fox about the jive talking cat in a leather jacket began to absorb all my free time. Simply put, I was in awe. While I'm too young to remember the incident where children's programming legend Soupy Sails cajoled his young audience to murder their parents, there is no doubt in my mind I not only would have killed them, but also raped and ate them. This is the power that television had over me. 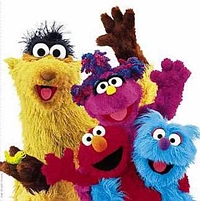 Fun, friendly, and INFECTED.Of course, there was one program that captured my attention above all the others. And it's no lie that there were many who thought the same. Unfathomably perfect in its ability to entertain the lucrative three to five year old public television viewing audience, this one show had it all. Crazy puppets, politically correct ethnic characters, and superimposed numbers and letters flying at the screen from all angles, this one show outdid all competition in every thinkable way. There should be no doubt in your mind that the program in question is the mighty and powerful Sesame Street. The characters on the show were great. Who could forget the spicy Latina Maria, or the bald black guy, or that stupid deaf girl, or old Mr. Hooper whose violent death haunted me for months. But these guys played second fiddle to a greater force in the world of "the Street." As much as they tried, the human actors could never compare to the spotlight stealing Muppets, who were Sesame Street's real stars. Now, I'd like to mention that last time we even said the word "Muppet" on Something Awful, the diabolical Henson Enterprises threatened to unleash the reanimated corpse of Jim Henson on us, hungry for sweet brains and savory revenge. But I'm a risk taker, and since I'd bet that zombie Henson would just re-die of cancer before he could become a threat, I'm willing to go forth and write this article.

The Muppets were undeniably the strong point of Sesame Street. Whimsical characters such as the neurotic nerd Big Bird, the local hatemonger Oscar the Grouch, and the man on man action that was Ernie and Bert all proved to be immensely popular with children. It didn't matter that they were just old carpet samples molded into vague shapes of people or animals. Nor did it matter that each character had terrible personal problems, like cookie monster's eating disorder or Elmo's downs syndrome. The show handled these problems in such a creative way, one scarcely noticed. But there was always something lacking from the list of problems the Muppets dealt with. A serious issue which could only be taught to our children via the gentle, loving hand of a Muppet. There simply was no Muppet infected with HIV. Well, thank Kermit's ghost because the long wait is finally over! Sadly, this hip new HIV Muppet is only going to be appearing on the South African version of Sesame Street, called "Who the hell gives a fuck?" in its native land. Apparently, in South Africa, about a bazillion people have the AIDS, and people see this as somewhat of a problem. Since South African pre-k children's favorite pastimes are apparently IV drug use and unprotected sex, the Government felt they needed to step in and educate these kiddies on the subject at hand. And what better way to do it than with the warm, friendly approach that only a Muppet could pull off?

The initial design for the new muppet.Obviously, because of the subject matter, great care needs to be taken when addressing the issue. First of all, the Muppet needs a clever name like "Hi V" (pronounced "high-five"). Next, it would probably need the right attitude. While one may be quick to hope that the AIDS Muppet be presented as a sympathetic character, I think this would be a terrible choice. My advice would be for the producers to make it a fearful, hated character. That way, the kids could associate AIDS with being negative, and they would try to avoid the disease at all costs. If they saw a cool, skateboarding Muppet with HIV, they'd want to be just like him. Instead, it should be an intensely pro-apartheid segregation advocate. He'd probably be wearing a t-shirt with Nelson Mandela's face with a big red X through it, sort of like a hateful ghostbusters logo. Hi V should also constantly spout vicious racist comments and slurs at other characters he encounters on the show. Take a look at this sample conversation to get an idea...

As you can see, this would educate children to the dangers of people infected with HIV, and would let them know they should avoid these wicked lepers at all costs. Another thing that the producers need to address is the fact that having HIV makes people different. And we all know how kids treat "being different."

While the HIV Muppet is probably the best idea of the decade, the producers are far too hard headed to stop there. That's right, they have a whole slew of new Muppet faces just itching to get put into the spotlight. Check out some of these hot new characters!

Tommy Tourettes: This cute little fella is sure to be a favorite amongst children of all ages. His random outburst of obscenities and uncontrollable twitching and limb flailing will help kids understand a serious issue in a lighthearted way. He's a big fan of playing jacks, and kids would know him by his adorable catchphrase, "I got FUCK SHIT FUCKER FUCK twosies!"

Morbidly Obese Melba: The "biggest" star on the show! Morbidly Obese Melba is two tons of fun, and her arteries are clogged with love! The first ever Muppet made of solid vegetable shortening, ol' Melba is here to show the kiddies that being fat isn't all that bad. Expect wacky fun when she gets her quadruple bipass surgery! 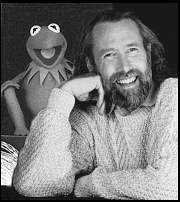 "Cookie" Monster: The people behind Sesame Street are no fools. They're fully aware that there are parents out there who have to sit and watch the show for hours on end with their children. Normally it would be quite a boring experience, but not anymore! The "Cookie" Monster is a raunchy Muppet character who's constantly on the hunt for "Cookie" (vagina). Parents will love his raucous antics, and children will love his non-threatening introductions to concepts like one night stands and Rohypnol.

The Corpse of Jim Henson, reanimated through Muppetry: Not even cancer can keep this man down! At one time the creator of the Muppets, Jim Henson is once again brought to life by the talented puppeteers he trained! By simply attaching poles and strings to various strategic parts on his mummified body, you'd almost never be able to tell that the man has been deceased for years.

As you can plainly see, there are bright things in the future of Sesame Street. With the innovative HIV Muppet, the doors are wide open for any and all crazy ideas producers may come up with. But how will competitors respond to this recent turn of events? Supposedly, the creators of Barney the Dinosaur are thinking of making the bold move of showing the gang sharing needles, and rumor has it Fred Rogers has already been seen accosting young gay men outside of clubs in an attempt to get a one up on the AIDS craze. Shining Time Station is all set to introduce their new character named "Promiscuous, the man train", while Fox is ready to bring back that leather clad cat from years of retirement - this time with cancer! And dear god knows that you don't want to know what's going on with the Teletubbies.