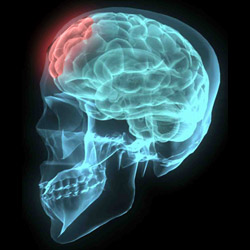 There is an entire lobe of the brain devoted to screaming the N-word constantly.Fringe news website WorldNetDaily has squirted out another diaper's worth of poll numbers in their continuing effort to discredit President Barack Obama in the most alarmist terms possible. WND refers to their two-year polling effort as America's "Freedom Index," a made-up measure of America's sense of liberty that is indistinguishable from a videogame fear meter attached to Fox News viewers.

Every ripple of outrage through America's perpetually-oppressed wealthy gun owners and city-hatin' Real People creates swarms of freedom-clutching tea-partiers. These fear spikes involve the indistinct threat of taxes, healthcare for shiftless layabouts without kidneys or blood, educations for other people's children, Deficits*, and Mexicans. If those aren't enough to get your Joker Obama sign stapled to some wood there's always the old fear of being snooped on by the FBI for posting something anti-government on your blog. Maybe some perfectly innocent photos of Nazi Peloser's grandchildren in the bathroom.

WND just takes a census of these folks. It's a service. That you hate. Like a dentist that feels your crotch.

Not surprisingly, a news website featuring regular editorials from Chuck Norris on the subject of American Bible prophecy generates predictably dire poll results for Democrats. Those results are hardly worth mentioning, except for one recent addition to WND's polling questions. See if you can figure out what that addition is:

WND has helpfully italicized the important word in their headline, as if to say, "Hey, even we can't believe this bullshit." Alas, no, they can believe this bullshit, at least to the extent that they are willing to tell their mutton-headed readers it is legitimate. People are so afraid of Obama's extra-extra-extra-Constitutional powers they believe he is probing their thoughts for misdeeds.

Nearly one American in four routinely censors his or her own thoughts "much" or "always" under President Obama's administration, and those who believe their personal liberties have plunged since inauguration day have grown significantly from 49 percent to more than 55 percent in just one month.

This month, of course, was when Democrats rammed through a bill that essentially nationalizes health care, creating new requirements for consumers to purchase a government-chosen plan or face penalties.

Probably no coincidence that these numbers match up almost perfectly with a Harris poll conducted last week that found 24% of Republicans believe Obama to be the Antichrist. Far too much credit, I'm afraid, for someone who barely got a health care plan through Congress that was nearly identical to a Republican proposal in the 1990s.

Ignoring the self-contradicting concept of fear-censoring your thoughts, this new result dovetails perfectly with some of the other loony results from the Freedom Index poll (25% of people fear the consequences of worshipping freely, up 8% in the last month) and reinforces the image of Americans under siege from the supernatural forces of freedom-hating outsiders. WND has been on the forefront of conjuring up such demonic phantasms to justify the aimless spite of America's conservatives. 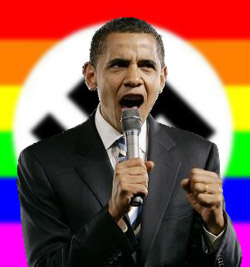 WorldNetDaily is the creation of Joseph Farah, a former editor and journalist of no repute who in 1996 received an award from the Washington Times, a bestowal of imprimatur on the level of serial killers exchanging pickled lady parts. Farah launched WND with the goal of "exposing wrongdoing, corruption and abuse of power."

This noble goal was on display when WND was forced to settle out of court for allegedly libeling one of Al Gore's fundraisers as a "dope dealer." Such integrity continued throughout the 2000s as WND assiduously defended various Republicans from liberal media smears over growing corruption and expanding underage Congressional page buttholes.

WND began warning of our declining freedom of speech as early as 2008, coincidentally right before the Presidential election that year. By the time scandals like Jacketgate (when Obama shamed the Oval Office by not wearing a jacket at all times) and Bowgate (when Obama bowed too deeply to the Emperor of Japan) broke America was nearly in a hyperbolic blood-shit panic.

As an observer, I have to wonder where all this is headed. At what point does a political movement cease to reap benefits from literally demonizing someone and believing he can read their mind? I don't have an answer for that, but I promise it will be hilarious right up until the moment we all get shot.