The First Thing To Do In Prison

The thin, crumpled mattress on Brunta's cot had once been flat and somewhat fuller, nearly mattress-like in appearance. Now its lumpy corners reached up toward the cell's ceiling, a large, man-shaped indentation sagging in the mattress' middle as if a great weight had pressed upon it.

Brunta scratched the pitted expanse of his scarred chin with a mitt that - if traced upon a large enough sheet of construction paper - would have produced a life-sized handprint turkey, or perhaps a far too large handprint ant. As the concrete floor beneath his feet groaned as it so often did, he shuffled one step to his left, winding up on the other end of the cell where he resumed his pondering. 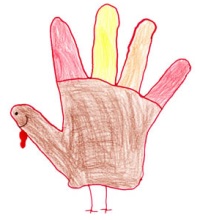 The mattress hadn't changed overnight. No, the degradation had been a subtle thing, flattening by an imperceptible amount every day for years. Whoever was behind this act of sabotage was a devious, patient man indeed. Brunta would have to compile a list of all the people in the prison with shady backgrounds.

"Time to hit the yard," said the guard as he opened the cell door. He regarded Brunta with a piteous look. "Word is a bus just came in with some new arrivals. Try and stay out of trouble this time, okay?"

The largest, scariest looking man in the prison frowned.

Wild-eyed and trying their hardest to appear nonchalant, five new prisoners entered the yard. Keeping in their protective formation (shoulders touching, each man facing a different direction to provide 360 degrees of coverage, with the fifth man laying face up across their heads in case of an aerial assault), they settled near a fence and assessed the situation.

At the opposite end of the yard, a group of bikers occupied a stand of metal bleachers. Some glowered at the new arrivals menacingly, straddling their seats, turning imaginary chopper throttles and making intimidating "VRRRM-VRRM!" noises with their mouths.

On the basketball court, a team of latino gang members were playing against middle-aged counterfeit artists. The latter was absolutely destroying the former, each man on the team barraging the basket with a seemingly never-ending stream of perfect replicas of the actual ball.

Nearly all of the infants were gathered in the baby ward, napping in their open-topped clear plastic cribs. The more violent babies fussed, their tiny convict legs kicking at the air.

In the exercise area, a diverse group of prisoners lifted weights, jumped rope, and jazzercised. At first glance, no one stood out. Then...

A smile lit up Kyle's disastrously freckled face. The small, bucktoothed leader of the new prisoners addressed his followers with a whisper.

"Everyone knows that if you want to get respect, on the first day in prison you've got to find the biggest, meanest looking guy and take him down. I think I just found our big, mean guy."

Brunta had taken his place halfway behind the exercise area's Bounce House, hoping it would obscure most of his mass. Additionally, he had knelt down and strategically placed his shoes on the ground before each knee to create the illusion of being much shorter, then sucked his cheeks in like a fish to appear thin.

One of the new guys was eyeing him, the small man's malevolent buck teeth glittering in the sun like chipped segments of Stormtrooper armor. The group approached, staying in their curious formation.

No, thought Brunta. Please, not this again.

Mail was much less likely to be stolen by other inmates in the hospital ward, so at least there was that. Brunta flipped through the envelopes on his lap with his unbroken arm.

The latest Biggest, Meanest Looking Prisoner Weekly, with cover features like "Just Leave Me Alone - How Did This Rumor Get Started?" and "Rolling With Punches, Faking Knockout Blows To End The Terror Quickly".

All in all, things were looking up. Plus, Brinta noted as he leaned back and began to read, the mattresses weren't half bad.

Somewhere below the gauze and paper mache, he smiled softly.