What to do when Dee Snider eats at your restaurant

You're a server working your tail off every weekend for a little over $3 an hour plus whatever tips you get. It's near closing time and you hardly have enough dough to cover the gas you spent driving to work. Things aren't looking too good. But wait. What's this? A limo being pulled by a team of wild horses just pulled up and blocked eighty percent of your parking spots? You can't tell who is getting out of the car because if the mysterious cloud of cocaine? Your eardrums are already bleeding? Congratulations. Dee Snider has arrived. He'll be hungry, he'll be horny, he might currently be experiencing a herpes outbreak. He was in Twisted Sister. Now he's in your face wanting raw hamburger.

Serve him right and he'll fill his body and rack up quite a bill. Serve him wrong and you'll be carted off to the hospital with nothing to show but a shattered clavicle and a pile of VH1's I Love The 80s Dvds. So be careful, friend, and follow this guide to the letter.

To insure proper service, be sure to alter your table-side waiting based on Dee Snider's current makeup. Here's a list of his most popular looks. 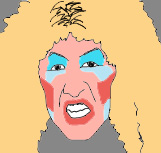 Normal
Dee desires to be treated like the normal Heavy Metal God that he is. After greeting him, bring breadsticks so he can beat them against the table as though he were drumming the world's most radical solo. Compliment said solo. When taking his order, ask if he'll sign your breasts, if you do not have breasts, find someone in the area who does. Serve meal on silver, be nude, take any pills he offers. Nothing fancy, just the service any Twisted Sister deserves.
Known Variations: The Cry-Baby, The Cocaine Pony-Tail, Tranny-Granny 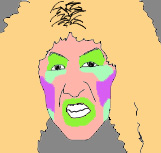 Spring Kisses
Dee is feeling playful and young at heart. He wants to be treated like a school girl. Be sure to feature desserts heavily and do not ignore his batting eyelashes. Invite other tables to play patty-cake and allow him access to the kitchen to make Kool-Aid. Though he will continually refer to his dog as his "Lil' Angel Pup" please remember that it is, in fact, a mean-as-hell Rottweiler. Do Not Pet.
Known Variations: Big Summer Popsicle, The Pool Partier, Dad's Nightmare 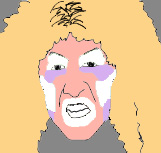 Ice Princess
Dee wishes to mingle with the lowly class as little as possible. Each visit to his table must be short and focused in intent. He will bring his own personal air conditioner unit, but you must supply the extension cord. When refilling goblets of water and Mello-Yello, do not forget to bow. Thank him for letting you take his order. Apologize for any dish served above his desired temperature--"Snow Degrees". Kiss his Skull Ring. Repeatedly.
Known Variations: The Frostbiter, WinterWang, The Grumpiest Snowman 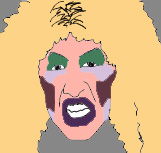 Business Casual
Dee wants to relax and enjoy a nice, down to earth meal. Greet his table promptly and let him run his tongue across your face. If you feel comfortable, return the gesture. Offer to pat his skin-tight leather pants dry any time he might "accidentally" spill his milk on them. Accept his Groupon even though you know it is fake.
Known Variations: First Class Fanny, CEO of Coke, Egg Salad Lord 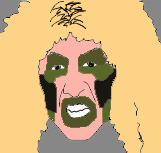 Camo-Lizard
Dee is role playing. He's a Heavy Metal Soldier navigating enemy territory. He's alone, hungry and America's only hope. Feign as though you cannot see him. His order will be carved in the table. Periodically roll fruit and lightly brazed meat in his direction. Explain to other tables that they should relax if a man army-crawls beneath them at any point during their dining experience. When it is time for dessert, listen patiently as he describes the horrors he saw along your floor.
Known Variations: Soldier of Metal, Tush Terrorist, G.I. Blow J