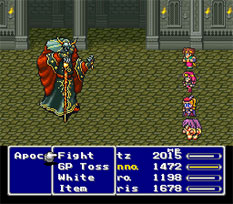 The end is coming and it won't be sprite based.The steel shod fist of the United States penetrates the borders of the East. The nations of the desert rise up in opposition and the world is consumed by global conflict. The earth cracks open and dragons emerge, the dead walk the land, and the sky turns to levitating blood. Abaddon, doomsday, Armageddon, whatever you want to call it baby it's the end of the world as we know it. Or so say many of the more melodramatic biblical numerologists. They believe that contained within the bible are a number of a numeric patterns. Some are as simple and straightforward as the assigning of numbers to man, god, and devil, but the numerologists believe that these numbers are part of a complex scheme of numeric code contained within the bible. I don't know anything about the organization CARM, but their web site has a pretty decent overview of what a lot of Biblical Numerologists take as indicators of the importance of numbers in the Bible.

Being a generally inquisitive person who also considers it a duty of his job as a Something Awful staff member to explore completely crazy and fringe shit I took to investigating the facts on Biblical Numerology. A lot of this stuff seems to be grist for the mills of crackpots and firebrands who will use even the flimsiest of portents about the end of the world to engage in ten hour long AM radio broadcasts about giant hell chickens eating Washington D.C. Knowing this I approached the subject with more than a little cynicism.

Now that I have completed my research on the subject I can honestly say that I have been transformed into a diehard believer of Biblical Numerology. There are just too many numeric references in the Bible to think that there wasn't some underlying code. Not only that, this code exists as a sort of subliminal warning or prophecy of things to come. Since all Biblical prophesies inevitably refer to "RIGHT NOW" I would like to provide you with an example of a decoded verse from the Bible, the prophesies made, and how these prophesies can be unerringly correct and almost frighteningly accurate.

The Unholy Burgers of Colossians 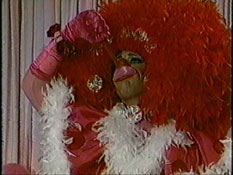 Put to death, therefore, whatever belongs to your earthly nature: sexual immorality, impurity, lust, evil desires and greed, which is idolatry. Because of these, the wrath of God is coming. You used to walk in these ways, in the life you once lived. But now you must rid yourselves of all such things as these: anger, rage, malice, slander, and filthy language from your lips. Do not lie to each other, since you have taken off your old self with its practices and have put on the new self, which is being renewed in knowledge in the image of its Creator. Here there is no Greek or Jew, circumcised or uncircumcised, barbarian, Scythian, slave or free, but Christ is all, and is in all.

Decoded Prophecy: The fatted calf shall be butchered and rendered unto the manifold mouth of the West. One voice will rise from this mass and it will be the voice of mother for child and will be struck down by the unrighteous.

The Reality: A woman tried to sue McDonalds because her kid crammed thousands of burgers down his/her gullet and bloated up. The judge dismissed the case.

There are dozens of prophecies like this that have already come to pass. Like mile markers disappearing in the rearview mirror all of these prophecies being realized suggest that we are approaching our destination. Next stop; ruination and destruction! The Biblical numerologists won't hesitate to point out a number of prophecies that indicate we may be only weeks away from the dissolution of this world. In fact there are three prophecies which the numerologists believe are very near to being made real. They are referred to as "The Triumvirate of Annihilation". I have collected these three prophesies and will do my utmost to explain them to you here.

The Sweetened Sea of John 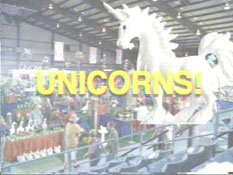 But one of his disciples, Judas Iscariot, who was later to betray him, objected, "Why wasn't this perfume sold and the money given to the poor? It was worth a year's wages." He did not say this because he cared about the poor but because he was a thief; as keeper of the money bag, he used to help himself to what was put into it.

Decoded Prophecy: The hammock herders shall go down from the mountain of pudding and dance in the square thrice daily for the ungod. The earth will quake and crumble and the mountains will be swallowed up by the sea. A delicious sea. One made entirely of pudding with a graham cracker crust likened unto thine jello bake-emancipated cheesecake. And a crimson mist will cover up the moon and it will smell very slightly of cinnamon but it will cause increased allergic reactions throughout the cities of man.

Practical Prophecy: Many Biblical numerologists believe that this particular passage is a warning of man's hubris. It prophesizes a "delicious sea" and what seems to be a man-made "crimson mist". Of course these are symbolic of what will actually happen, but they are also almost always specific enough that it would have a literal analog as well. The popular theory regarding these mysterious details is that there will be a trio of terrorist attacks occurring simultaneously. The first will hit us in our nation's breadbasket, namely our mountain ranges, and massive explosions will cause them to sink into the ocean. Just as the mountains begin sinking into the ocean a number of sugar and corn syrup laden freighters will be scuttled with explosives. The final strike will hit the main distribution center of Cinnabon, sending great plumes of cinnamon roll laden ash and debris into the sky.

The Dance Fever of Malachi

"See, I will send my messenger, who will prepare the way before me. Then suddenly the Lord you are seeking will come to his temple; the messenger of the covenant, whom you desire, will come," says the LORD Almighty.

Decoded Prophecy: Man and beast alike will succumb to a violent twitching of the flesh and man will know man and woman will know woman and then a little bit later they shall all gather and know beasts. From the east will come a man clad in the symbols of danger and the trappings of a wizard. He will lead those sinners so afflicted into the mouths of caves from which they shall never return.

Practical Prophecy: Numerologists believe this to be an invitation to a rave party after which everyone will go back to Satan's apartment to burn for all of time.

The Serpent of Revelations 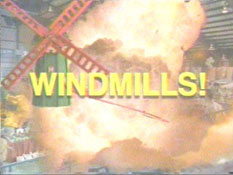 A great and wondrous sign appeared in heaven: a woman clothed with the sun, with the moon under her feet and a crown of twelve stars on her head. She was pregnant and cried out in pain as she was about to give birth. Then another sign appeared in heaven: an enormous red dragon with seven heads and ten horns and seven crowns on his heads. 4His tail swept a third of the stars out of the sky and flung them to the earth. The dragon stood in front of the woman who was about to give birth, so that he might devour her child the moment it was born. She gave birth to a son, a male child, who will rule all the nations with an iron scepter. And her child was snatched up to God and to his throne. 6The woman fled into the desert to a place prepared for her by God, where she might be taken care of for 1,260 days.

Decoded Prophecy: From the boiling seas shall rise a serpent of a size no less than 100 by 100 stones and with a glittering face made of smaller faces. This figure is in reference to its length and height as prophecies do not contain enough accuracy to measure diameter of objects and serpents. There will be a sound not unlike the crackle of a great storm and fire-shrouded skulls will emerge from the mouth of the serpent to sow slaughter throughout the world.

Practical Prophecy: This prophecy is pretty much dead on, making it fairly easy to derive a practical prophecy. Perhaps angered by the sweetener dumped into the sea by the surface dwellers, a giant serpent will rise out of the ocean. You might think the parts about it shooting flaming skulls out of its mouth and having a face made of smaller faces are symbolic. They aren't. Scientists and theologians believe that there is a beast dwelling in the impenetrable depths of the ocean which swallows entire whales, digests them, and then regurgitates their skeletons burning with a greenish flame from some strange glandular process. This beast is known as "The Ungod" or to friends "Rick".

I get on my knees every day now and pray to the powers of the holy ghost of Mexican wrestler El Santo to protect us from these dark tidings. Should the great El Santo's power prove inadequate to hold the forces of evil at bay I have a cellar full of Twinkies and Swedish Fish to retire to. I suggest you do the same so that when the fires of apocalypse wash over us we can all emerge from our cellars together and form a new society that uses an economy based on Swedish Fish. We will also drive cars powered by human corpses, but that's for another article I've been working on.

The Ad Wizards of Oz

Hello my Internet constituents, it is I, Josh "Largestick" Boruff, offering you the exciting and palpable news of a new Photoshop Phriday now available in virtually all consumer markets. Thanks to the miracle of massive slave labor sweatshops we are able to introduce dozens of comical images at zero cost, ensuring our stocks are worth more than a sexy penny. This week's picture supply comes straight from a crate marked "Magazine Ads 2", and boy was it packed with goodies. 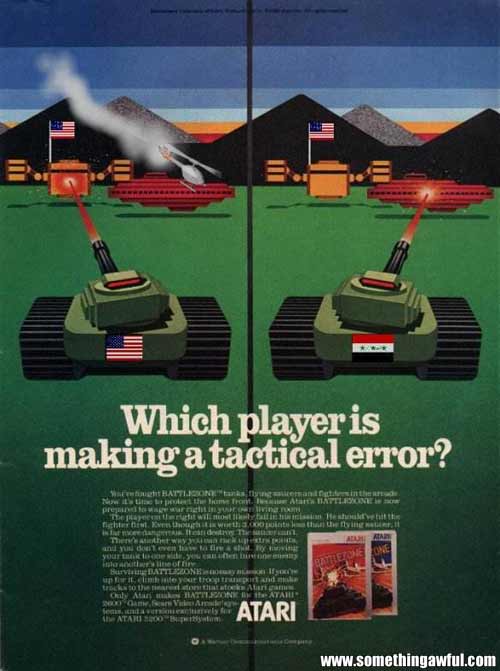 Please schedule time to review this new shipment at your earliest convenience.