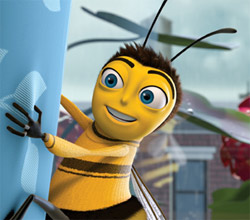 This is after Seinfeld turns into a bee.A movie I don't want to see is the new Seinfeld movie. I guess it's a cartoon and the story is he got turned into a bee. I'm sort of tired of seeing him and hearing him talk though because he is on TV more than anybody else (way more than the President) so I think I'll skip it even if the special effects when he changes into the bee are good.

Kid Nation was really good this week. You guys should watch it if you don't watch it. It's about kids running a town without adults around to tell them what to do. My favorite character on Kid Nation is probably Jared. He reminds me a lot of Spongebob if he were Jewish. I don't know if Jared is Jewish, I'm just saying if Spongebob were Jewish he would be more like Jared.

I saw an ad for the Bionic Woman and it looked good, then I remembered I watched the first episode and it was bad. It had Starbuck from Battlestar Galactica, but the Bionic Woman is not as good as that show. I'm not going to sit here and tell you what to do, but if I were in your shoes I wouldn't watch the Bionic Woman ever.

The Eagles made a new album. I don't know if you guys like the Eagles. I think those guys did a lot of drugs if they put those songs on their record and thought it was worth buying. What a crock. Lay off the drugs, guys!

This week's pizza was a large cheese pizza from Papa John's Pizza. I hated it! What a mistake! 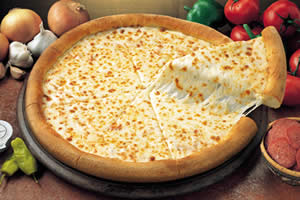 Mine didn't look good like that one. I'm sorry this is getting negative, but I don't like wasting a weekly pizza on something that bad. Let's hope next week's pizza is better. I would get two pizzas in a week, but pizza is bad for you. 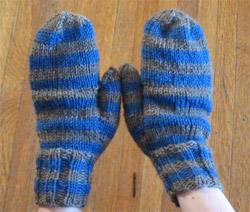 I think mittens are warm and comfortable. Bring back the mittens!Right now it's starting to be the colder part of fall when fall turns into winter. The jacket you wore during the earlier part of fall might not be warm enough, but your winter coat might be too warm. Try wearing your winter coat unzipped. That's what I do and I think it works.

Thinking about staying warm, I used to wear mittens when I was a kid, but nobody wears mittens as an adult. At what age do mittens stop working? I don't know. I can't have all the answers. I think you should wear mittens. I'll get some mittens and wear them too. We'll bring them back for grownups if we all do it together. Send me a picture of you wearing mittens as a grownup and I'll post it next week.

My last suggestion is for you to have a good weekend. Maybe watch TV, but not too much TV. Time is infinite, but we only are around for part of time. Use that time wisely. Build a shed or paint a picture of a beautiful woman.

Also, hug somebody. Just make sure they want to be hugged before you hug them.