THE NEWS MAGAZINE OF THE COMPUTER SCREEN, VOL. 4 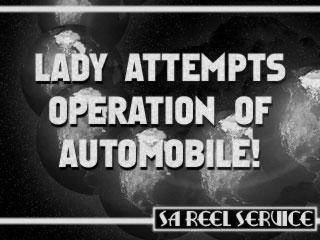 The entire country is recovering from the deranged antics of Miss Abigail Dunbar of Munster, Indiana. Her queer attempts to drive an automobile resulted in one of the greatest spectacles in Hoosier history!

"We never thought she'd figure out how to start the thing, let alone make it move!" said one man, who is going to jail for a very long time.

But make it move she did, piloting the car through streets and disrupting daily life for thousands of innocent Americans!

"It was shameful, utterly shameful," said a priest who watched the entire event with bated breath.

People left their homes and places of work to stand on sidewalks and watch Miss Dunbar careen haphazardly through city streets, scarcely controlling the raging automobile's tremendous tempestuous power! As the vehicle's engine revved and roared, she giggled and waved, drunk on power never meant for the delicate female form.

Police officers rushed to the street with flags, hoping to wave any unsuspecting pedestrians out of the way of certain doom. Their efforts no doubt saved thousands of lives, as curious townspeople risked life and limb to get a closer glimpse of the horror!


When she finally managed to halt the vehicle, the entire community was relieved, but still shocked by the ordeal!


Every rule broken, every law for the public good trampled, and the very foundations of civilization left cracked and crumbling! It was a mad spectacle that scoffed in the face of everything good and true about humanity! This reporter would not believe it if he hadn't seen the footage with his own eyes! How will they ever recover?

Miss Dunbar, who probably didn't know any better, was let off with a warning never to drive again. The townspeople, though, will never again look at her with respect.

"She set a bad example for all women," said the Chief of Police, who wished to remain anonymous. "A very bad example." 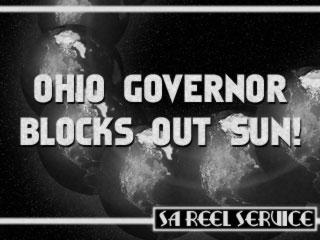 Angry over a lack of federal funding, the Governor of Ohio, a practicing wizard, shocked the nation when he used his awesome powers to literally plunge the world back into the dark ages!

"Until the Great State of Ohio gets federal assistance to take care of much needed highway and bridge repair, no beast upon this sphere shall enjoy sunlight or warmth," Governor George V'Zarin told the nation in a terrifying nightmare.

Political experts believe the Ohio bigwig captured all the sunlight inside an ancient crystal that he wears around his neck.

"We simply don't have the funding to take care of Ohio's problems," said the President of the United States in an emergency address to the nation. "Ohio will simply have to raise taxes."

"Governor V'Zarin ran on a platform of no new taxes," states Horus Gravytrain, Jr., a political theorist and intellectual. "He won't betray his voter base so close to election time."

Reports coming out of the capital indicate that the President has organized a fellowship of brave adventurers to journey into the black heart of Ohio and shatter the crystal imprisoning the sun's light.

Speculation runs rampant as Americans ponder just who has been asked to join the fellowship. Captain Augustus Barnacle is an early contender, thanks to his expert knowledge of Lake Erie. The Captain of Space is also rumored to be on the team, though the sun's disappearance is certain to hinder his amazing powers.

Meanwhile, Astonishing Ambrose and Electric Kid Johnny Tesla both announced their intention to join the fellowship, whether invited to or not.

With bravery like that, America won't be in the dark for long!