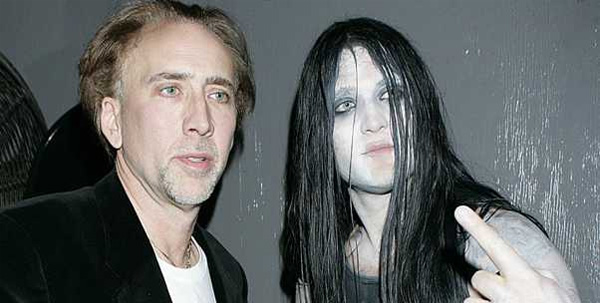 Few things clarify what is important in life quite like being ejected through the windshield of your supercar. What is important to me is family and music and the epiphanies that come from the crucibles of life that alter us forever. This is my diary. This is what I have learned in my ongoing struggle against the night.

The helicopter can make you late to your plane

You assume that when the helicopter arrives on time it will get you to your plane on time. Not necessarily. Some helicopters are slower. Some helicopter rides are with your dad's stupid Czech model girlfriend who wants to see the Eiffel tower up close and makes you late thus you are not on time to catch your plane back to the USA and thus nobody gives a shit about your black metal tour in the USA. Hello? Not everyone can be a Czech model, Irina. Some of us have real lives we have to lead. Bleak lives, lived inside cold, empty castles, surrounded by dinosaur bones and Van Gogh originals, but lives nonetheless.

The darkness of the world is absolute 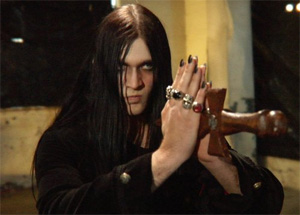 You have no idea what you are capable of until you are put in a situation where everything is stripped away and only the animal inside your brain remains. This happened on 9-17-2010 and I was already set up for the fall when forces conspired to back up the sump pump at father's castle in La Jolla, thus flooding my basement studio and giving it a smell and forcing me to book studio time at Session Players which is shit. When the session guitarist I hired to record the backing guitar for Judas Raven told me I should try singing in a different key and I knew the depths of depravity from whence only black demons can endure.

In summary of the events that transpired, I broke a coffee mug over Jim Martin's face and spent three hours in jail. You may know Jim Martin as the guitarist of Faith No More, but he is actually a fiend of the deepest pit who tests mortal souls and snitches to the cops and talks to TMZ.


The Ghost Rider is real

I witnessed Ghost Rider standing over father while I was in his trailer. His spirit was protecting father from the paparazzi in Hungary. They are vicious worms. Later he sold me a designer drug called Wolff in Budapest and I went to a club with him and he introduced me to the movie director Ikono. To him I granted the knowledge of my idea of filming a movie entirely inside a limousine. Ikono said, my friend, this is already a movie by David Cronenberg. And I said we are not friends, Ikono, I have no friends, and David Cronenberg is a fool and his movie is not at all what I meant. How can you not understand me? Then we did a lot more drugs and he understood me better. I think he is making my movie right now in Budapest with porno models.