"First, great Jinni, you must understand that this gazelle is not a gazelle, but my cousin. I was wedded to her long ago, and we were happy and built a quite a fortune. The time came when I needed an heir, but she was sadly barren. So I took her handmaid to my bed and produced my heir on her. Oh, what a beautiful child he was! Strong of jaw with a brow that met in the middle to form a straight line. 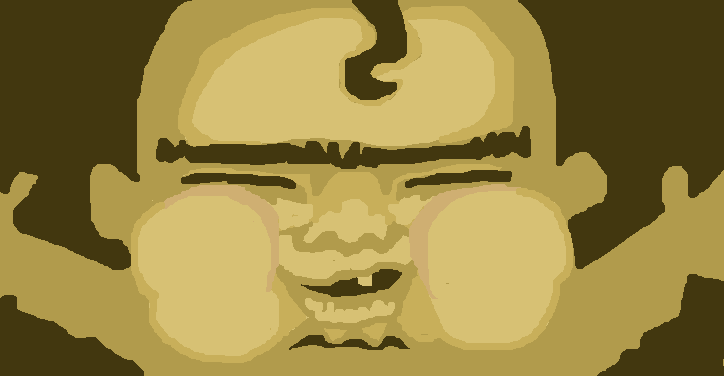 "As he grew he was such a help and joy to me. Unfortunately, my wife, the daughter of my uncle, did not feel the same towards him. She had studied magic since childhood. While I was away, she cornered and ensorcelled the boy and his mother. 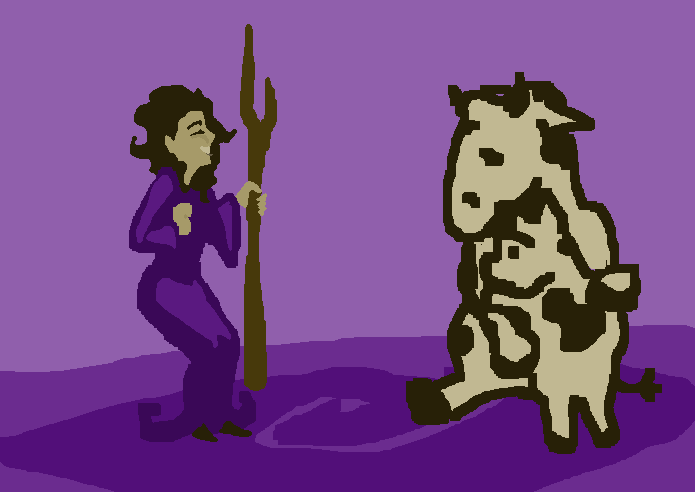 "When I returned to make sacrifices, my wife had the stable hand bring me the cow that was once my concubine saying, 'This is our fattest and finest cow. She would make the best sacrifice.' 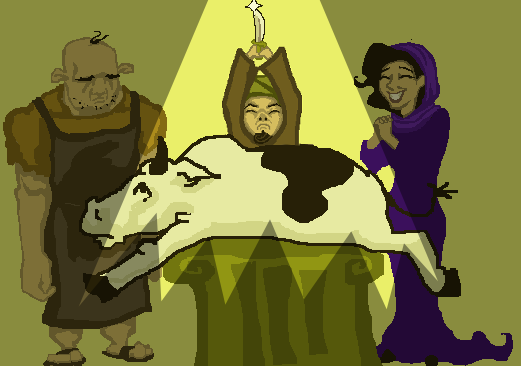 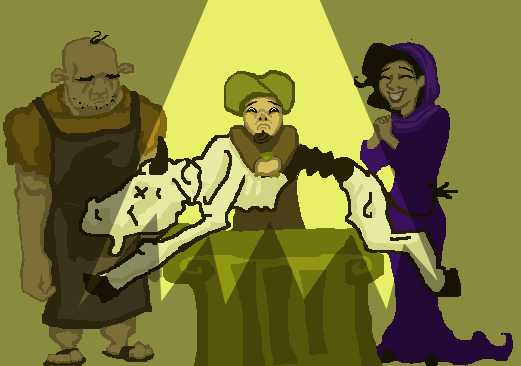 "When I slew her, there was nothing but bone and hide. Perplexed and fearing the wrath of Allah, I wished to stop sacrifices for the day, but my cousin-wife insisted we continue. She had the stable hand bring the calf that was truly my son saying, 'This one! This one next! He is our fattest and finest!'

"After witnessing the weeping calf, I refused to make another sacrifice. I gifted the calf to my stable hand and retired for the evening.

"The next day, my stable hand greeted me with the strangest tale. His daughter, who is a student of magic, exclaimed upon seeing the calf, 'Father! What must you think of me, to bring strange men into the house, while I am improper?' She quickly veiled herself. 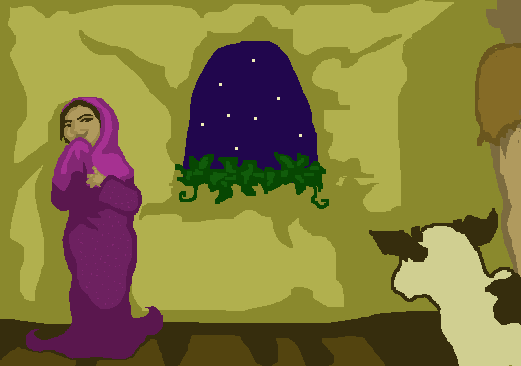 "The stable hand's daughter went on to explain that the calf was my son ensorcelled by my wife. I arranged a meeting with the girl and asked if she knew of a way to change him back. She said she did, and she would, on the condition that I wed her to my son. I consented, and she returned my son to his original form. To prevent my wife from causing further harm, the stable hand's daughter bewitched her into the gazelle you see presently. 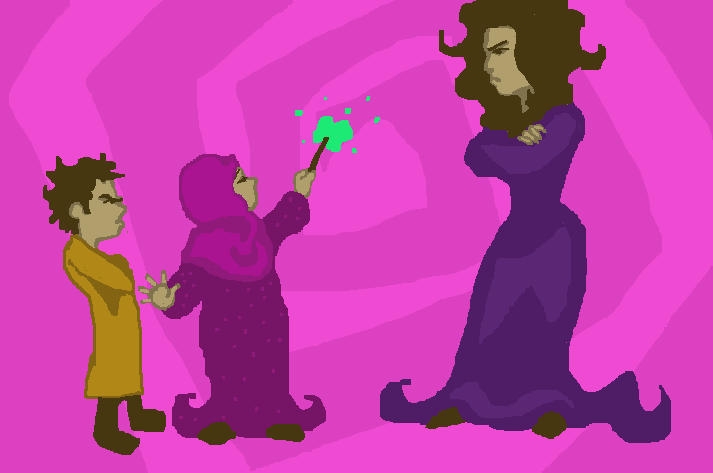 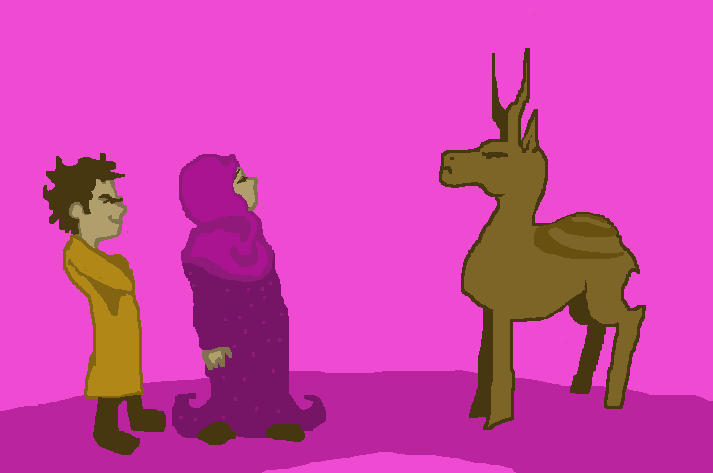 "The children were wed, and the stable hand's daughter lived with us until she died. At that time my son took to traveling. My cousin, this gazelle, and I have been wandering in search of him, which is how you find us, now. Tell me, Jinni, is that not a marvelous tale? Does it not earn one third of the trader's blood?"

"I suppose. Fine." sighed the ifrit.