Last December, the SA Goons took a break from the Photoshop grind to reflect on ancient history and exotic distant lands. Apparently they're once again feeling that mysterious winter yearning for cultural edification, because they've been quite receptive to Strict Picnic's illustrated guide to "One Thousand and One Nights," a collection of stories that dates back to 9th century! There are many tales included (though not necessarily the titular amount), so new visitors to this thread are getting an early look at what will ultimately become Strict Picnic's long-running life work, possibly carried to completion by his heirs! Anyway, the setup is this: A newlywed bride named Scheherazad spins a series of interconnected yarns with cliffhanger endings, in order to stay her execution at the hands of her husband The King, who killed his hundreds of previous brides the day after the wedding. It's compelling stuff, oft-cited as a spiritual precursor for the tantalizingly plotted TV sensation Scandal!

The Tale of the Trader with the Jinni

A merchant was traveling from town to town, when he stopped to lunch under a tree in a field. He tossed a few stones to amuse himself... 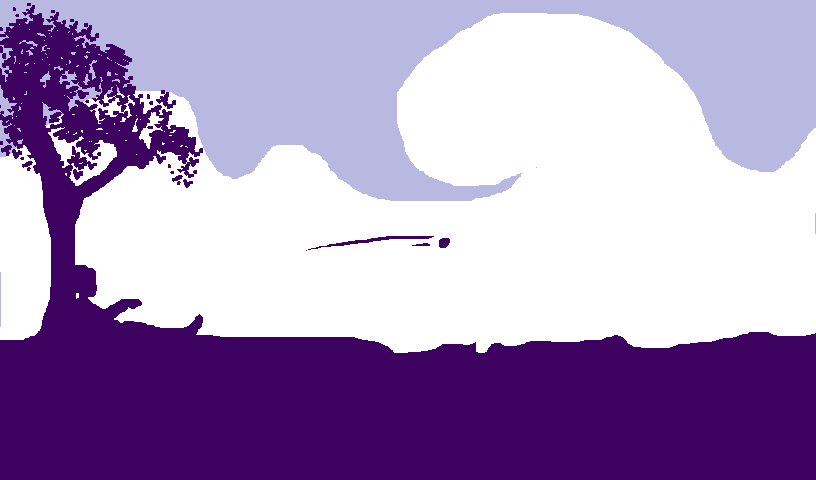 ...when a large and angry ifrit appeared.

"You killed my son. Now I must kill you." said the ifrit.

The merchant begged for mercy, explaining that it was an accident, and he had not intended to harm the jinni's son. He pleaded to be allowed to return to his family.

"Yeah, whatever." said the jinni. "Look, I can't have idiot traders running around killing my kids with rocks, okay? When that happens I have to kill the idiot. If you want to go home and settle your affairs, fine. Just come back here in a year and I'll kill you then."

The merchant thanked the ifrit, and returned home. After a year had past, he returned to the appointed place donned in funeral attire. A Shaykh, a very ancient man, with a gazelle approached and inquired why the man was weeping. While the trader conveyed the story of how he came to be waiting in the field, two more Shaykhs appeared, one with two dogs and the other with a she-mule. 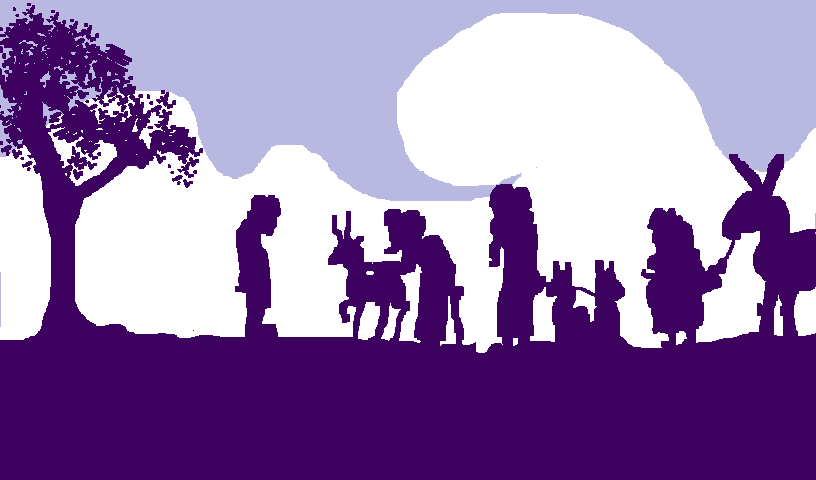 When the jinni arrived to receive his due, the first Shaykh intercepted. 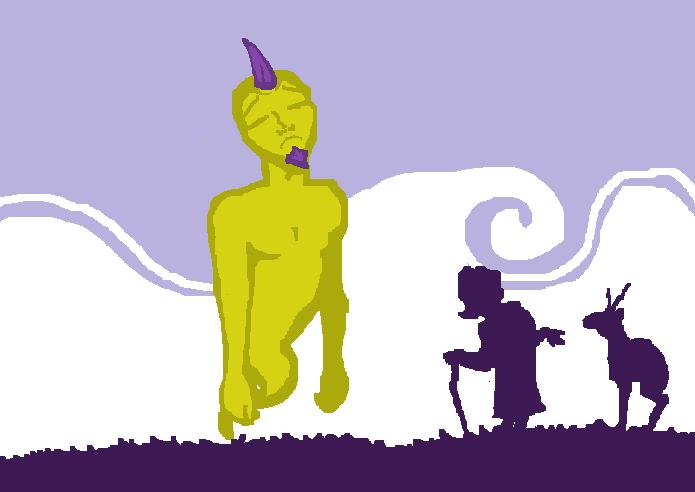 "O mighty Jinni, crown of the Kings of Jan, it is truly a marvelous tale how I found myself wondering these roads. If I tell you this tale, and you also marvel, would you grant me one third of the trader's blood?"