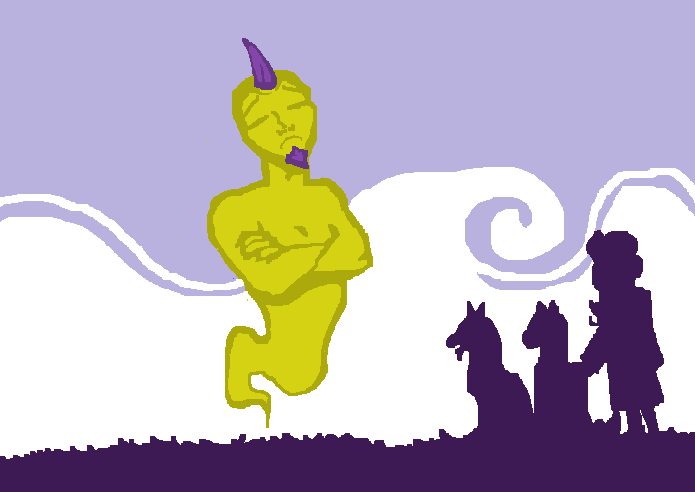 "Powerful Jinni, my adventures were even more wondrous than his! If I recount them for you, and you agree, might I have a third of the trader's blood?"

"Know, O Jinni, that these dogs are not dogs, but my brothers." 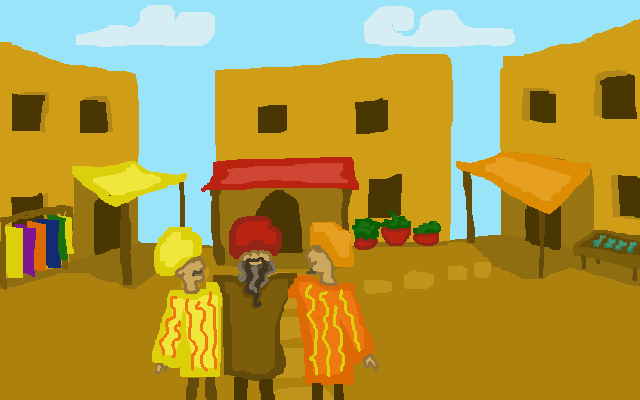 "My brothers and I inherited a modest sum, which we used to open shops. While I was able to turn a small profit, my brothers soon found themselves in debt due to wasteful spending and business blunders. They eventually convinced me to join them on a caravan, hoping to fetch better prices in other cities.

"We found great success in the first city we visited. For every dinar we spent, we earned back ten. We pooled our coin and purchased a ship. The world and its wealth were waiting to be seized.

"In a promising port, a maiden beggar dressed in rags grabbed my hand and kissed it. 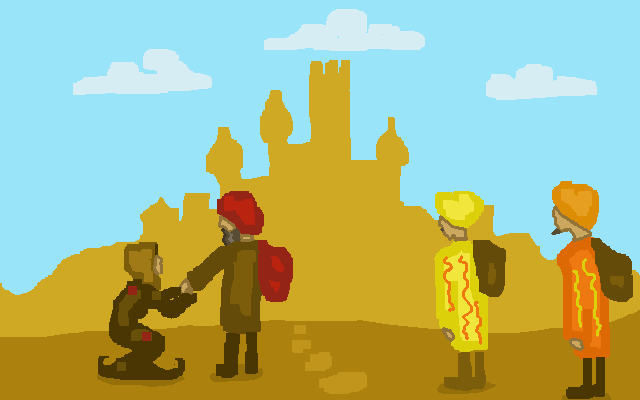 "'Please,' she said, 'marry me and take me with you! I'll do whatever you want! I'll be your slave! Please!'

"Being a generous man, I accepted. As our affection grew, so did my wealth. My brothers, however, were not so fortunate. The same problems that led them into debt originally plagued them again. With every day they grew more envious, until one night they could take it no longer. While my wife and I slept, they came into our chamber, swept us up, and threw us overboard. 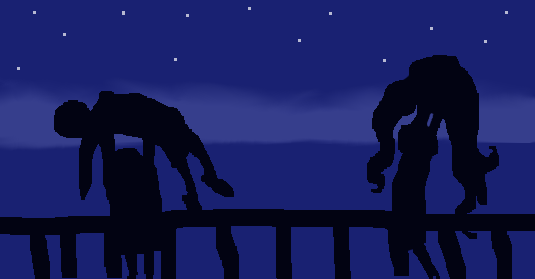 The shock of the cold water woke my wife. She transformed into an ifritah, and carried me from the sea. 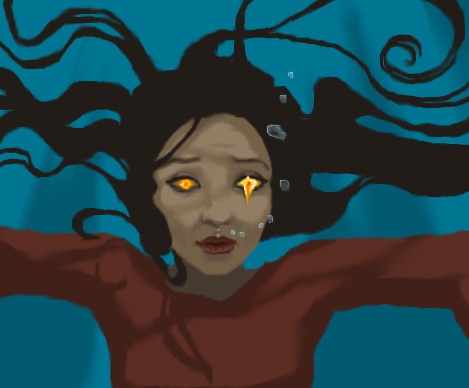 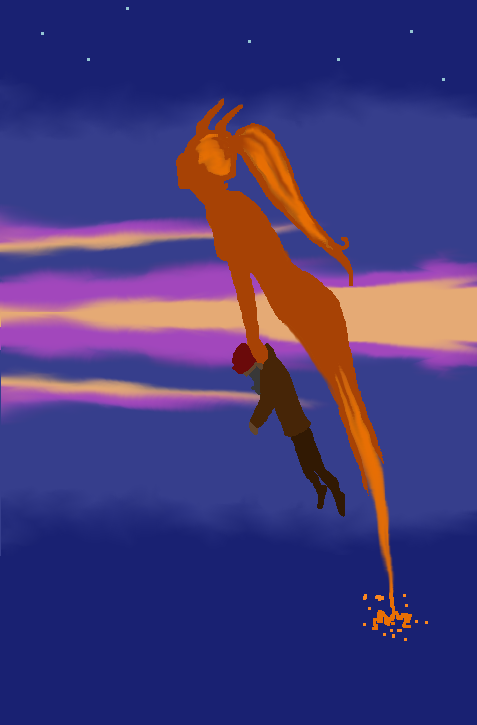 "My wife deposited me on a small island and said, 'I don't want you to freak out or anything, but I'm a Jinniyah.'

"'It's ok, though! I serve Allah, and it was he who brought me to you and made me love you! I have been, and will forever be, your slave. I've made you happy and helped you prosper. Your brothers have angered me, though. I'll fly and find them and rain fire down upon them! Oh! No, I'll change into a giant bird and peck out their eyes and rip off their limbs! Yes!' 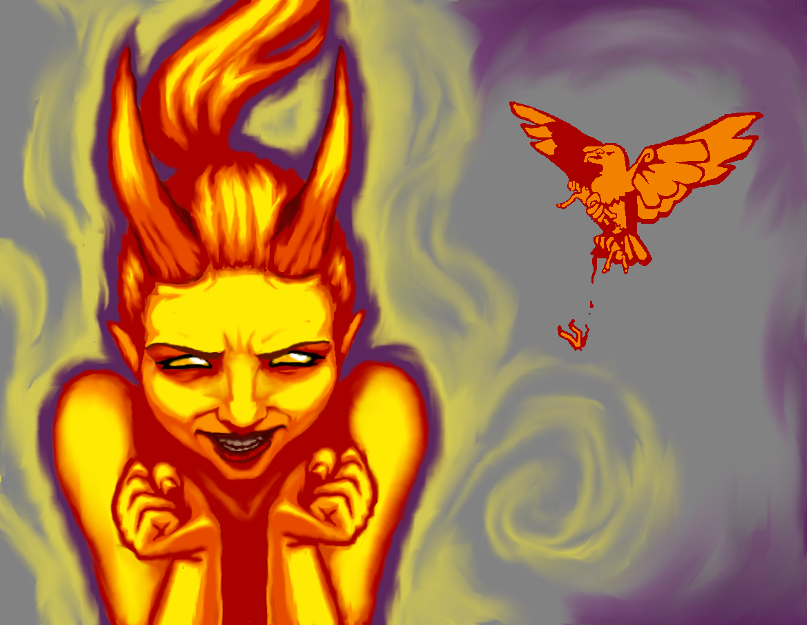 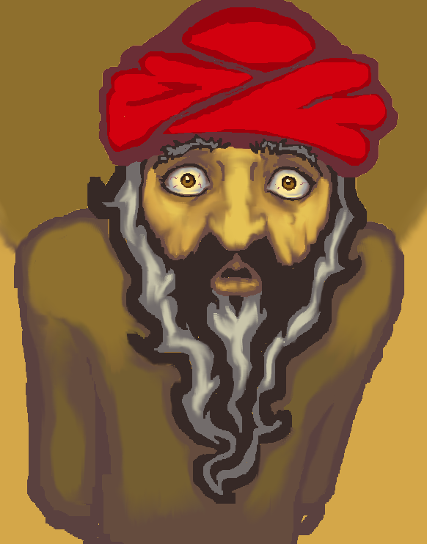 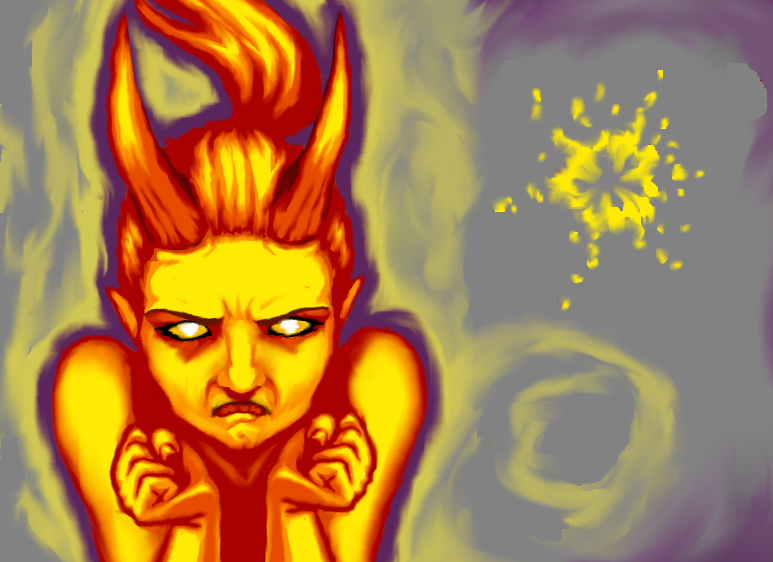 "'Remember the proverb, "Do kindness to those who do evil to you, and leave the wicked to their evil deeds." Besides, they're still my brothers!'

"With her hopes of vengeance dashed, my wife lifted me, and flew me home.

"I took the merchandize I had stored and reopened my shop. I thought the ordeal with my brothers was over, and that my wife had forgotten her bloody wish.

Then one day, I heard whimpering in the courtyard. I opened the door to find two large dogs tied to a stake. 'Your brothers are here!' my wife joyously exclaimed. 'I told my sister what happened, and she hunted them down and turned them into this. Isn't it great! I get my revenge, you get to keep your brothers, and they can still do all the foul things they've always done!' 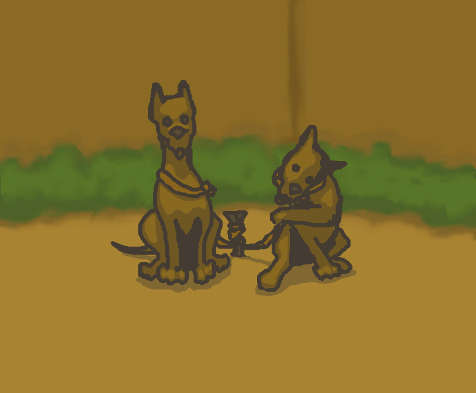 "I was on my way to my sister-in-law, to ask her to undo this, when I ran into the trader. He told me what befell you two, and I couldn't leave without seeing what happens."

"Your story is strange." said the ifrit. "Very well. You may have your share of the man's blood."

The third Shaykh shouted, "Jinni, my story is better than theirs! Let me tell you, and when you agree that it is the best story, give me the remainder of the merchant's blood." 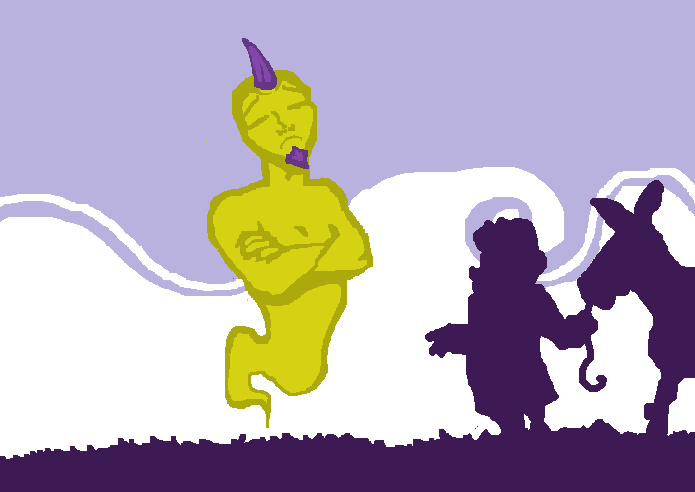 "Make it quick." said the ifrit.