For the past few years, SA's Debate and Discussion forum has kept a close eye on horrible political cartoonists who churn out willfully misinformed scrawls for salary/syndication/"donations please." Preempting any "I'd like to see you do better" rebuttals, D&D regulars made these skillful parodies! 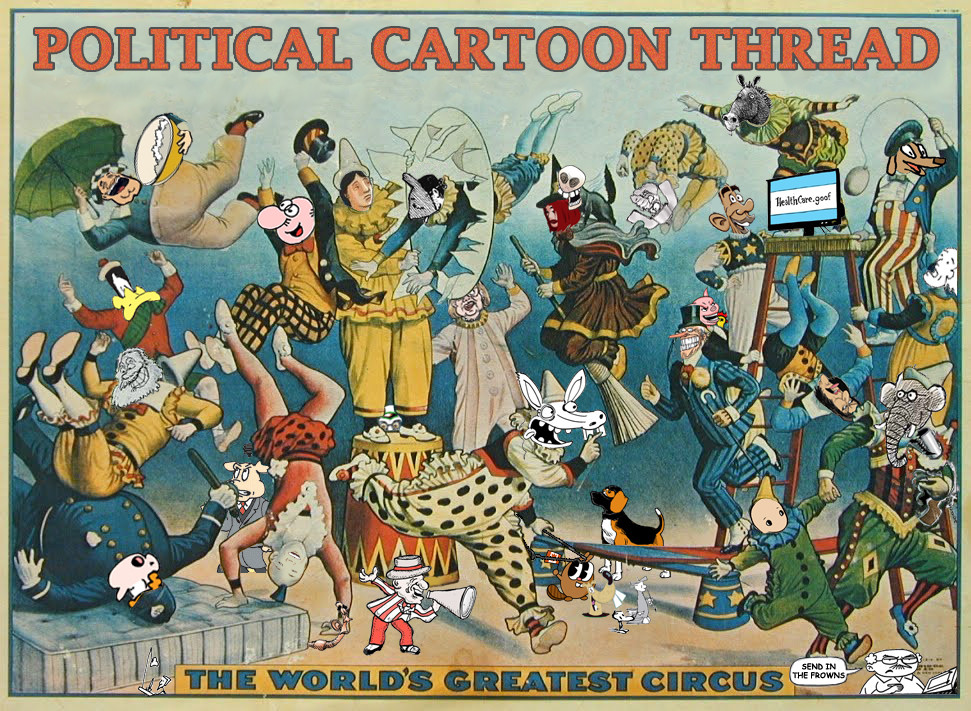 Here's the introductory artwork Rorus Raz put together for the latest edition of this venerable thread, titled "Political Cartoons 2014: A compelling argument against art." It's just 9 pages long at this point, including a guide to frequently referenced panels and a list of featured cartoonists from Asay to Zyglis, so it's easy to catch up quickly and then keep up with the latest cartoon outrage and original content!

We'll get into more specialized parodies later, but first, here are some general-use political GIFs! Even without context about the original cartoonist's body of work or intentions, or even knowing these are parodies, they're still fun to post on Facebook walls and/or FW: to relatives just to see what they'll say!