It's been a few phridays since Photoshops graced the phront... err, front page of Something Awful dot com, internet comedy website omega 2000 mk II. But that doesn't mean the Something Awful Forums haven't been at work; deep within the goldmines the goons labored all summer, shrugging off the comedy apocalypse that has entombed the greater webscape and wiped out all the surface funny. Deep below the ground, in a dead gray comedy forum, something ancient still stirred.

Honestly, I could not come up with a better personification of "ancient, immortal comedy" than the comic strip Nancy. I'm fairly certain it was read in Pangaea. First rediscovered by forums poster Accretionist, an Ernie Bushmiller Nancy comic from 1972 turned out to be the motherlode thread of the summer. 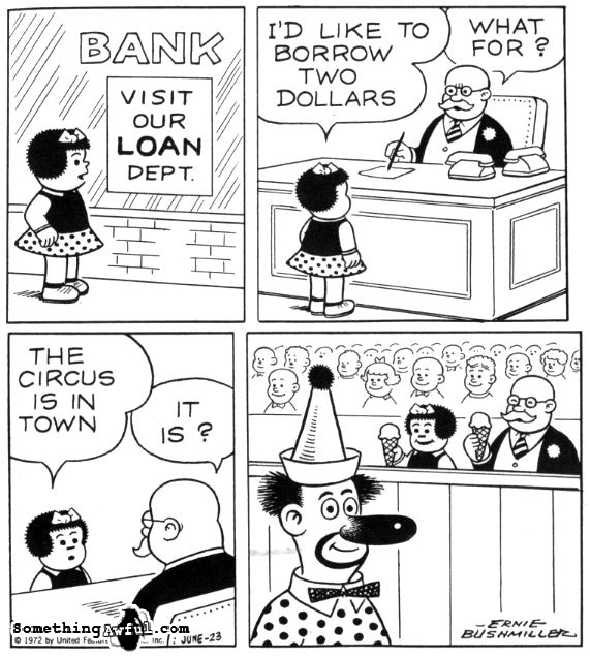 Accretionist comes out swinging with a simple but effective economic modernization! 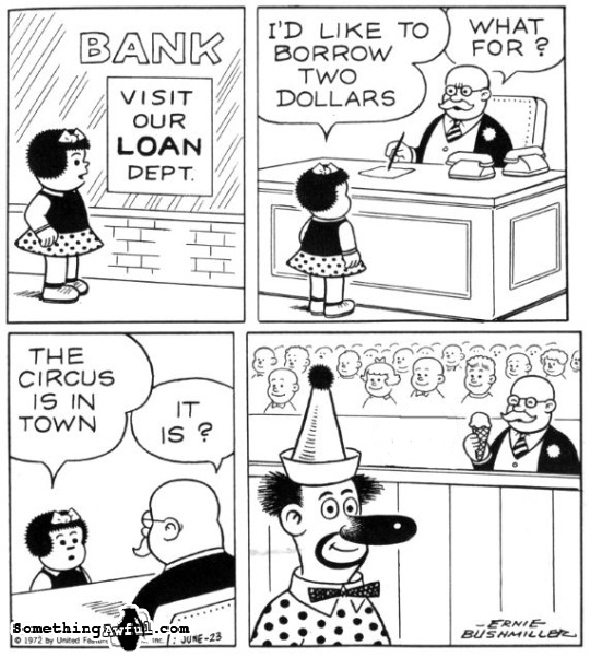 Personally, I think Serak has the right idea. 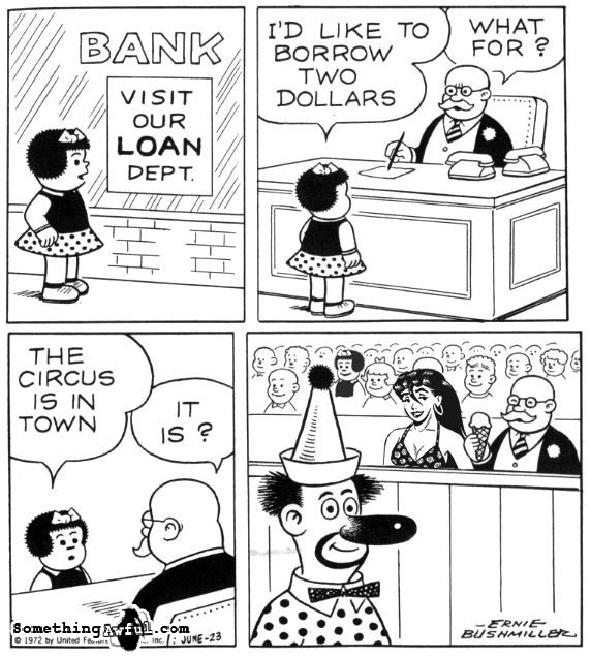 Wall Balls brings a more modern idea of theater you can't afford to the table (of rich people stuff... like silverware and... uh... fruit?). 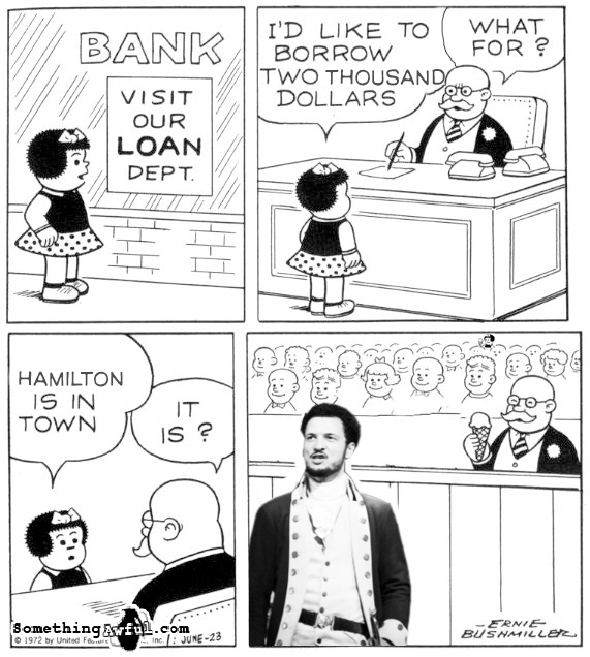 Wow, Zamboni Rodeo has flipped the script! Now I don't know what to think! 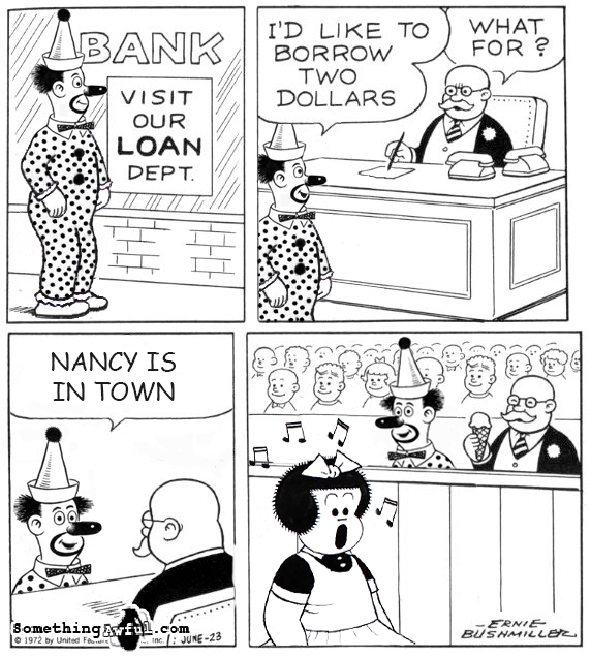 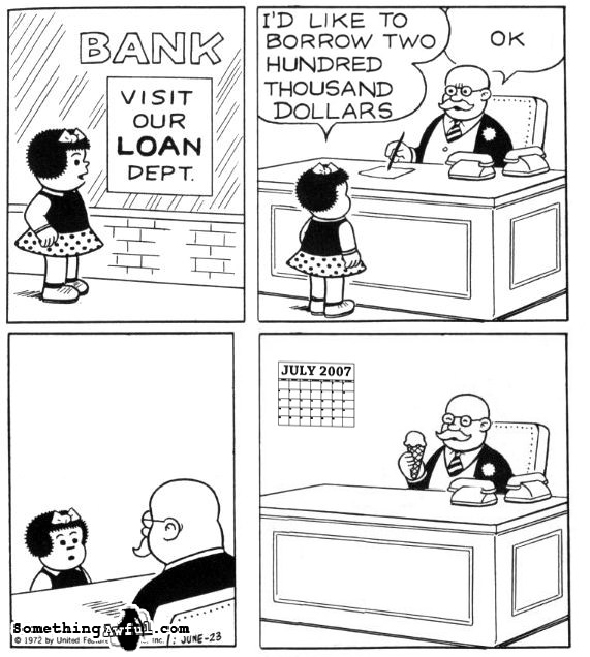 I signed Disco Godfather's get-well card, did you? 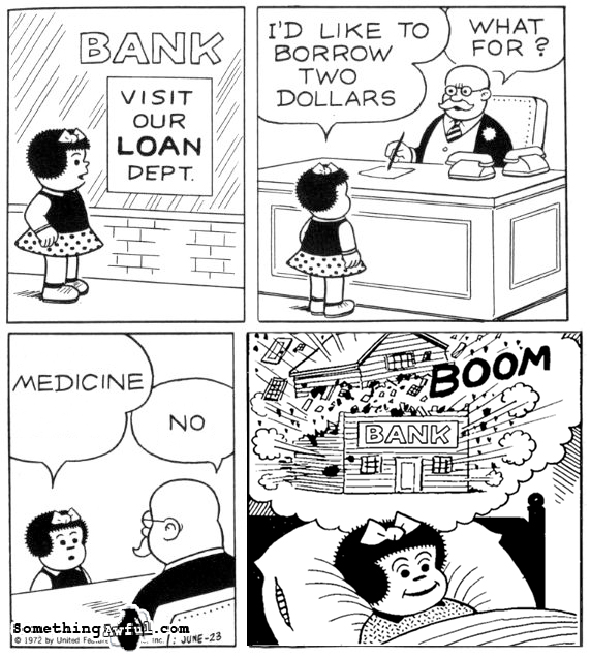 You got that right, Captain Quack. And what a visit it will be... 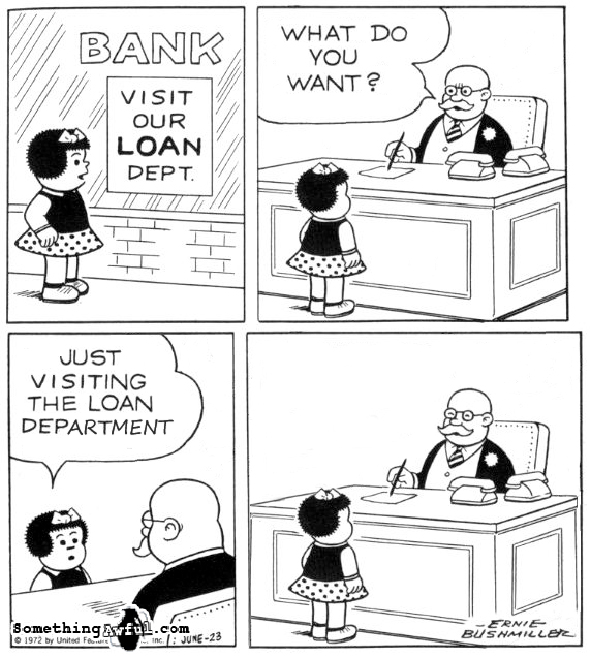