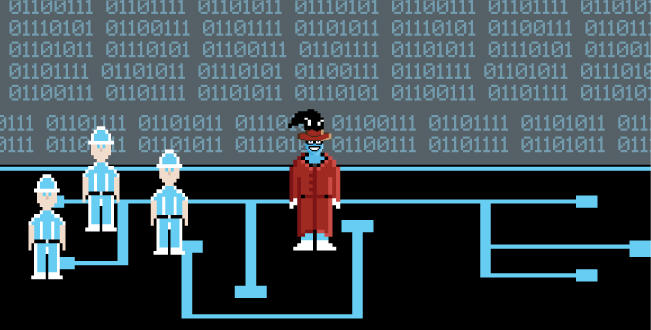 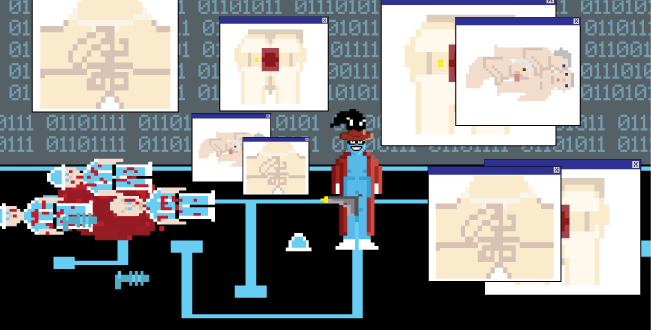 The humanoids seem awestruck. Their weapons fall limp in their hands as they gaze on in horror. You use this distraction to open your trench coat and fire your now comically enlarged Crotch Pistol, murdering them all where they stand.

You hear a deep rumbling beneath you.

"WHO DARES violate the sanctity of MY Internet?!" Your supreme knowledge of the Internet helps you identify this voice as the Net Nanny.

> Hide in the goatman's ass. 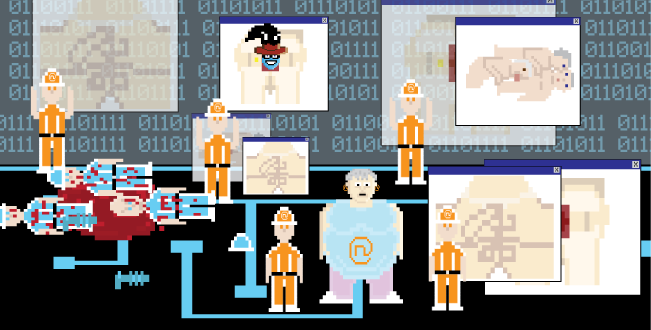 You quickly duck inside the nearest Internet portal, which happens to be a man holding his anus open past its natural inclination.

Before long, a large gray haired lady approaches with an entourage of men in orange jumpsuits.


She looks around in disgust.


"CLEAN THIS FILTH UP," she bellows. The men immediately comply and begin de-materializing the portals.


She then shouts to no one in particular.


"WHEN I FIND YOU, I WILL BLACKLIST YOU FOREVER!"


Her voice rings in your ears.

> Summon your friends on Toon Squad to play basketball against those five orangemen, winner gets the internet 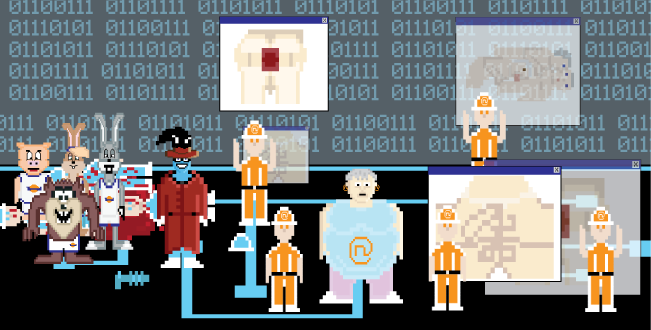 You remove the anally distressed man's ring from his finger. Merely touching it makes you extremely uncomfortable. You place it in your coat pocket and the feeling subsides.


You squeeze yourself out of your hiding spot and plop onto the floor with a sickening thud.


"SEIZE HIM!" bellows the Net Nanny, and her servants jump into action.


Reaching deep into your powers of the Internet, you summon forth a small gathering of the Toon Squad, the basketball playing cartoon characters. This process is extremely draining and leaves you light-headed. Though you were able to summon their animated husks, they appear to have no souls within. They stare ahead blankly.


"I invoke the Right to Ball," you state plainly.


Hushed words and whispers run through the ranks of Net Nanny's servants, some outright grumbling in protest.


The Net Nanny raises her chin and frowns. She is silent for a moment, then sighs in resignation.


"We follow the Old Ways. The Right to Ball cannot be denied. You will have your game. The stakes will be the Internet, but I will also have your life."


A locker-room materializes from thin air, and both sides head in to prepare. 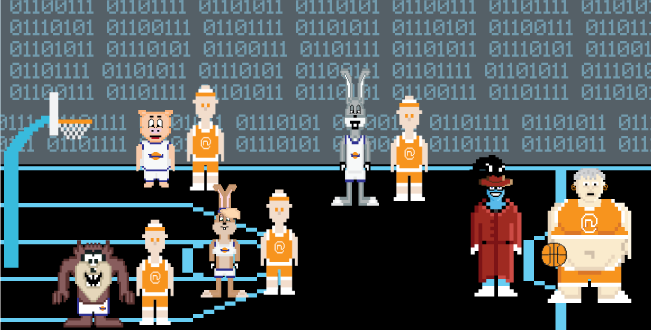 You are in the middle of a basketball court. The Net Nanny dribbles the ball with surprising agility, even sneaking it between her legs, staring you directly in the eyes as she does so.

> Start to lose for a while but then begin invoking the family names of all the children who have been haunted by Bendyman slowly giving yourself a power up and inspiring your team. This beings to turn the game around until you shout your own family's name "NOIR!" and then do a slam dunk and win the game. 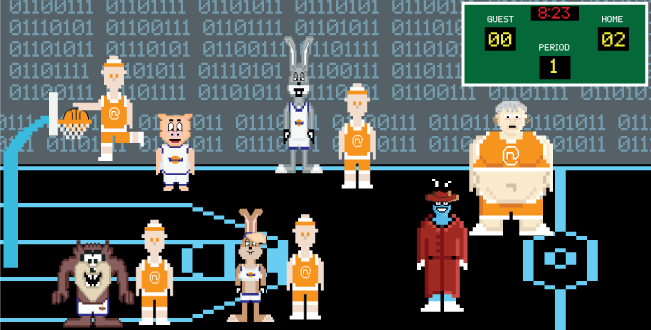 Things do not look good from the very start. Net Nanny and her crew have skills on the court that are rivaled by few. The lifeless Toon Squad husks are pushed away easily and no fouls seem to be called on the Home team. It's just not fair.

By the fourth quarter, your team is down by 48 points. You couldn't feel any more demoralized. You call a timeout and gather your Toon husks for one final pep talk.

The husks stare on blankly.

"That's right! For all the victims of that horrible THING that we call Bendyman."

The air grows dark as you mention it by name. You feel eyes upon you. The ring in your pocket feels ten times as heavy.

"God damn it, for ALL the Bendyman cases I've worked on my entire lifetime!"

The husks' eyes seem alight with a new fire. It seems as if they are linked to your own energy. You take it back to the court.

Five seconds are left on the clock. You've brought your team back within 2 points of winning the game. Net Nanny and her crew are bewildered by your comeback, and they fight back with extreme hustle.


There's nothing left to do but go for it. You remember all those that have fallen at this creature's horrible hands. You don't even remember your feet lifting from the ground. The next thing you know, your hand is inside the net and the horn for the game has blown.

Net Nanny drops to her knees and hands you her earrings. "Your game is strong..."


"The Internet," she pauses painfully, "is yours." 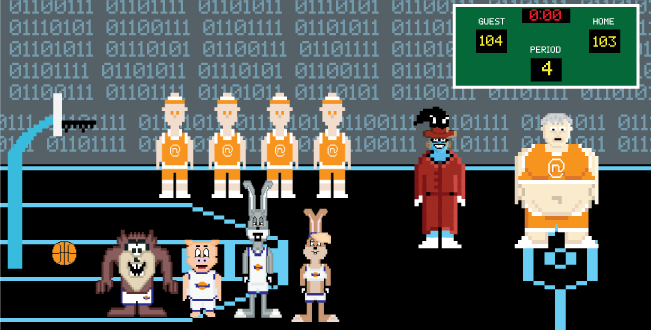 As you put them on, you feel a new sense of awareness of the Internet. You feel as if you could monitor anything you like. Strangely, there is one area you just can't grasp your mental fingers around. A dark place. Your mind itches as you try to think about it.

Net Nanny gives you a knowing look and shakes her head.


"You seek Him," she says knowingly, "I would tell you to give it up, but I can see it in your eyes that nothing will stop you. Many have tried what you are attempting, but none have succeeded. The best we can do is accept that He is and always will be a part of our lives."


"Do not seek the Bendyman, Neo. Only ruin will follow."