Friday, Jan 13, 2006 by Josh "Livestock" Boruff (@Livestock)
Giant lizards and apes have long been a popular staple of cinema, as people tend to enjoy watching a big monster destroying buildings and swatting at airplanes. But the limited variety of monsters has resulted in the genre stagnating, as indicated by the poor box office performance of "King Kong." People are tired of giant apes or big lizards. They want to see a new breed of large creatures wreck havoc on their favorite or least favorite city. This week the Something Awful Forum Goons decided to remedy this probably by unleashing a whole hoard of new colossal creatures upon the world. Here are the terrifying results!

You can blame SpaceGod for starting all of this mess! 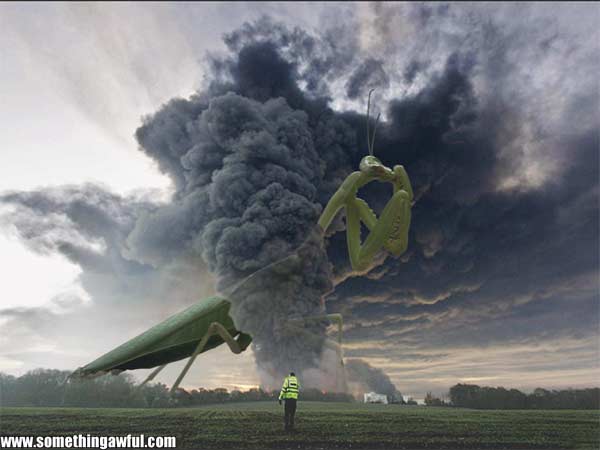 This Torael_7 image was originally sideways, but at the last minute he made a masterstroke and rotated it 90 degrees. 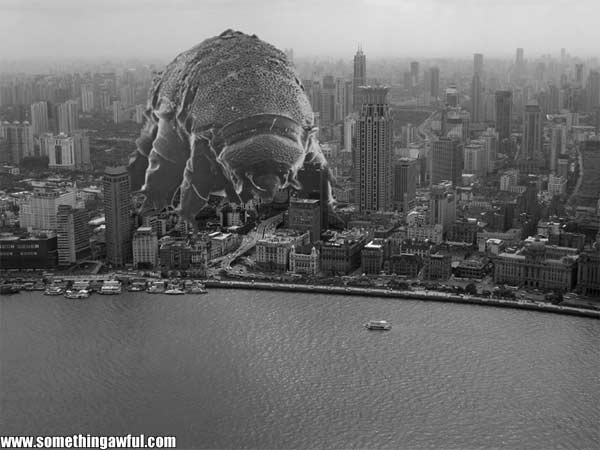 From Earth doesn't believe in unicodes, not after the incident. 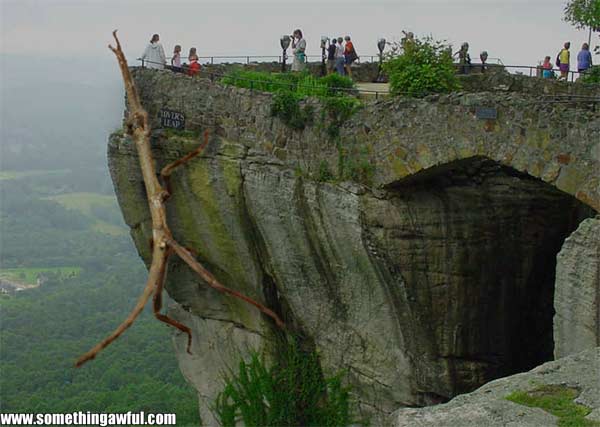 Deteriorata actually made this image in a flashback, and recently remembered it. 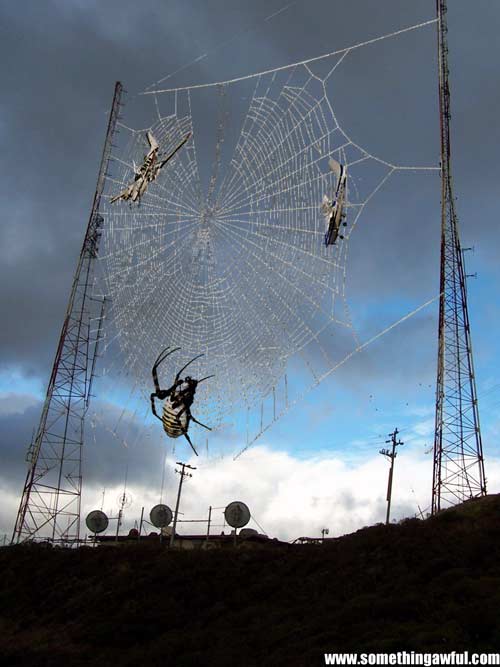