Having enjoyed some quality stuff from quality people, let us now turn our attention to some utter crap made by people who may may not be Communists.

"JerSpi" starts off the Phriday Crap Gallery with this rotten submission. This picture features one of the worst cut in paste jobs since Michael Jackson’s face. Unlike Michael Jackson’s face, where you can actually count the polygons that make up his geometrically complex bone structure, this image is blurry and splotchy. You can tell he crudely cut out a picture of Clippy, blew it the hell up in size, and then worked it into some random Microsoft product box. I’m all for making fun of Clippy, but JetSpi basically chose to reuse a tired old Internet gag – that being the semi-famous “Microsoft Word Suicide Note” picture – leaving his image with zero creative content and zero technical achievement. For that, I give him a –1742 on my super duper Shitometer 5000. Better luck next time, punk! 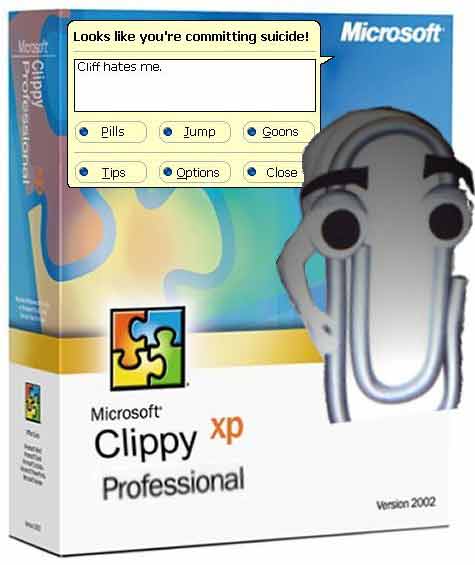 "phoenix_r" gets the credit for this messy image. I think this is intended to be an OS-movie hybrid, which is a concept that can be funny, but only in the capable hands of someone with capable hands. This just ends up looking like another “Macs are for Nazis” joke, which is neither funny nor fair to Nazis. The curbjob scene from “American History X” isn’t quite known for eliciting laughter either. Bonus negative points go to the fact that phoenix_r must have gotten his front “Mac OS X” text from a tiny 100x96 sized thumbnail image he pulled out of a dead robot’s ass and enlarged to the point it looks like a mangled mess of gigantic blurry pixels. Then the “world’s most fascist operating system” line looks pretty shitty, too. Learn Photoshop before you try to enter Photoshop Phriday! I give this –2347 on the Shitometer 5000. 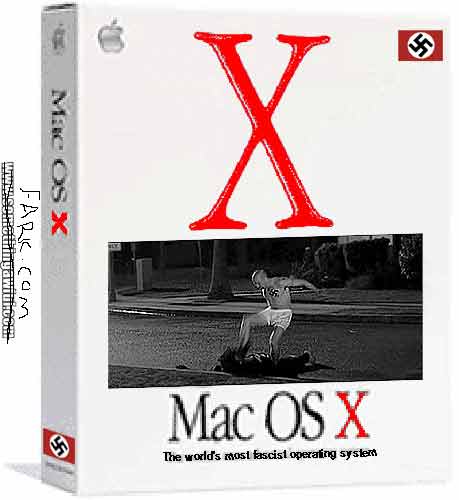 "Tolstoi" tries valiantly to claw humor out of a man’s anus with this submission, but ends up losing himself in the all-consuming darkness. When you’re basing your joke around the domain name of a site that features nothing but a picture of a man tearing his ass open wider than the Death Star exhaust port, you’ve got some major problems. This joke wasn’t funny when idiots started fixating on it well over a year ago, and it’s still not funny now. With all the horrible things out there in the world, I find it odd that this one concentrated center of vileness, this one red abyss, would be the center of focus for so many. Step out of the damn darkness already and come up with a new joke. I give this one -3203 on the Shitometer 5000. 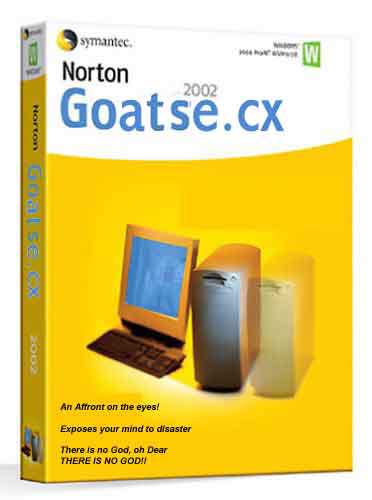 "groovehouse" was right when he said “page of shame, here I come!” right above his submission on the SA Forums. I’m willing to place an honest man’s wager that this wasn’t the first time young groovehouse uttered such a phrase, and it certainly won’t be the last time either. This picture is some kind of horrible amalgamation of bad 3d, terrorist imagery, and symbols I commonly refer to as “letters” which are the basis of what I refer to as “words.” All of these elements crash into each other like mentally handicap people at a go-kart track. Here is a bit of advice to the population of this planet: IF YOU KNOW YOUR WORK SUCKS, KEEP IT TO YOURSELF. If everybody would just follow this simple rule, I would be able to look forward to a long life. Instead, I’m going to die prematurely of either a heart attack or a brain aneurysm caused by extended exposure to incredibly shitty work like this. I give this –4203 on the Shitometer 5000. 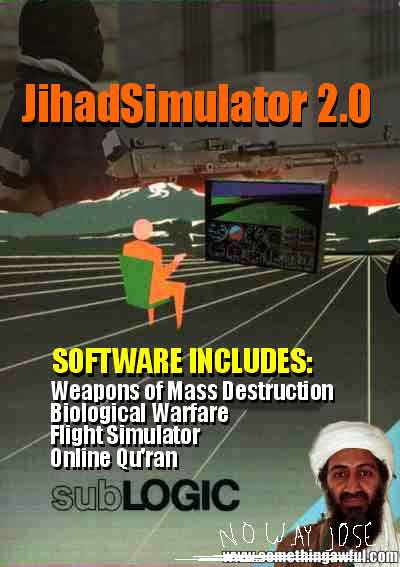 Hey that's it! We're through! Get the hell out of here!