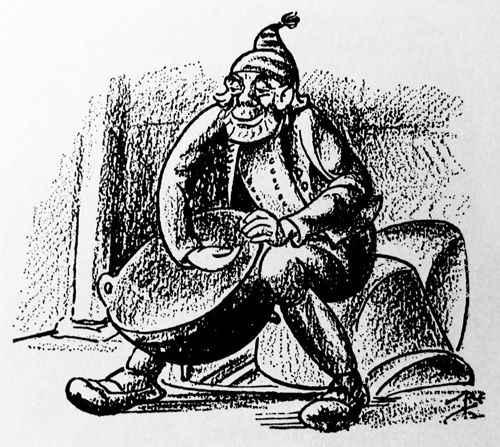 Time for the fifth brother of thirteen, which means it's time to terrify the children again! You'd think Pot-Scraper would be yet another kitchen raider, but back in the Icelandic day, giving the kids the pot to scrape clean was sort of the equivalent of licking the bowl.

His method is to knock on the door when the parents aren't around, and when the kids run up to answer it he'll slip in somewhere else and steal the children's treat for himself. In a roundabout way, he's the Stranger Danger of his day! Although let's be honest, that applies to all of these crazy jerks. They're so unclassy that they not only steal candy from children, they also make it their primary occupation. 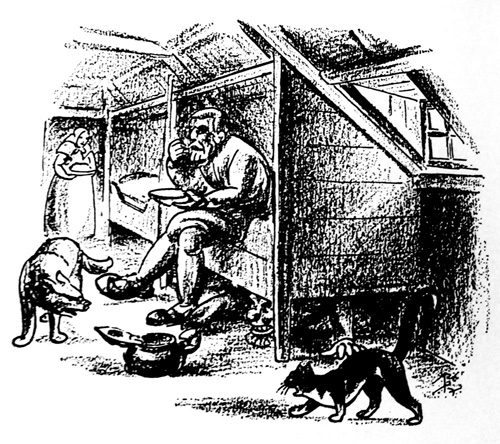 So, Bowl-licker. This one requires a bit of an explanation. You see, there is a certain kind of food container in Iceland called an Askur, which doesn't have an equivalent elsewhere. The "bowl" this lad licks is the Askur. 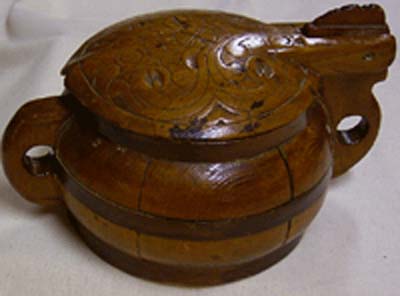 There are two reasons why him licking these is mean. The first is that an empty Askur would be left out for the cat or dog of the house to lick as a bit of a treat, and Bowl-licker would snatch it from the pet for himself. Petty cruelty to animals is literally the worst, as I'm sure you'll agree. The other reason is that sometimes he might snatch one of these when it's full, and over Christmas the Askur is traditionally filled with all kinds of special treats that each person is meant to be responsible for on their own and pace over Christmastime.

Essentially, Bowl-licker will steal your candy-filled stocking. And then lick it. 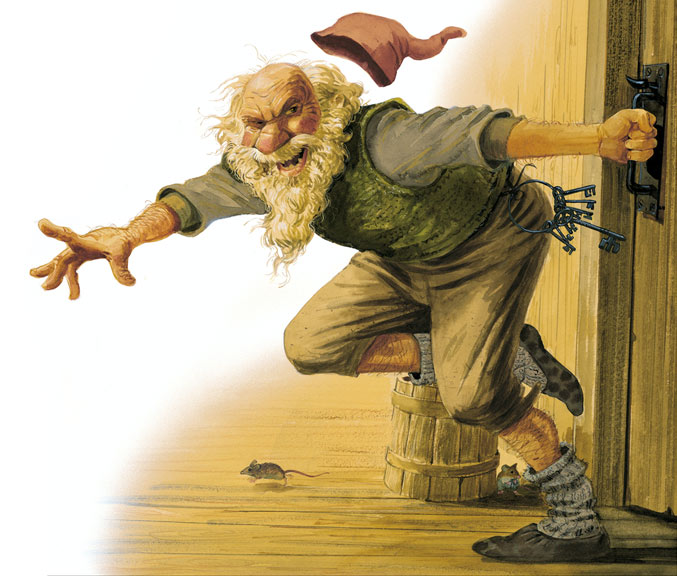 Although the other Lads' acts of dickery may be confusing to modern people, and most of them require a fair understanding of medieval Icelandic culture and way of life to fully appreciate, Door-Slammer's rather bland brand of shithead-ism requires little elaboration. This asshole shows up at your house in the middle of the night and slams your fucking doors. Repeatedly.

Door-Slammer's threat is slightly more insidious than merely keeping you up at night. A common kiddie activity in Iceland is to make fun of / emulate the Yule Lads at Christmas. As most parents will not allow kids to lick kitchenware or have unholy congress with sheep, this is usually limited to things like pretending to have stiff peg legs or sniffing the air a lot. 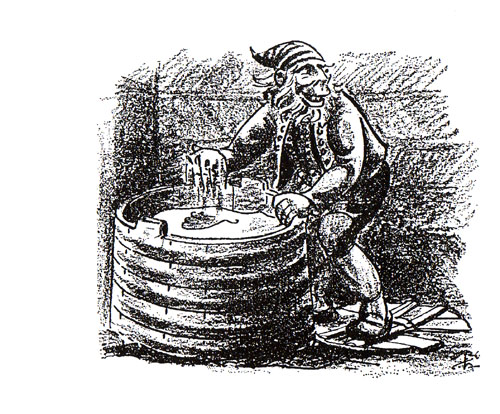 This dude will get into your skyr-barrel and not just lick or steal a little, oh no. He'll eat until he can't eat any more at all, and that's going to be a whole hell of a lot.

Okay, so what the hell is skyr? To Wikipedia!

Skyr (Icelandic pronunciation: [ÈscjÐr%]) is an Icelandic cultured dairy product, similar to strained yogurt. Technically, it is a fresh acid-set cheese. It has been a part of Icelandic cuisine for over a thousand years. It is traditionally served cold with a topping of sugar and cream.

It is delicious. And also nutritious! And this fucker eats it all.

Thanks to Rulebook Heavily for his lively Lad guide! You'll meet the final five in next Tuesday's Comedy Goldmine, plus awesome seasonally/culturally-relevant artwork from other SA Goons!