Welcome to the most hectic time of the year for video game releases, when many of the most anticipated titles begin their Russia vs. Georgia vs. Alaska-like war for holiday season shelf space. This year has so many big names on the way that it can be easy to lose one or two in the shuffle, so keep this guide bookmarked in case things get confusing. 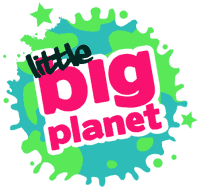 About: A platformer for the YouTube / Twitter / 9/11 era, Little Big Planet gives you the ability to tell yourself you matter by creating levels and sharing them with the world. There is absolutely no chance that people will get tired of playing random levels without any real sense of progression or context within a larger story.

Why It's Anticipated: People can't get enough user-generated viral cloud computing welcome to the social.

About: After draining all the fun out of the Elder Scrolls series with Oblivion, Bethesda is ready to unleash their "mannequins and lots o' terrain" brand of game design on the classic Fallout franchise. The game promises to have over thirty billion endings and at least three voice actors.

Why It's Anticipated: Although Oblivion had its faults, Bethesda has the potential to knock this game out of the park. This would bring about a mass suicide of the Fallout zealots, whose whining has become synonymous with (and therefore ruined) the series they've been trying to protect. Pretty much everyone in their right mind is hoping this happens.

About: First person parkour in an Orwellian city that exhibits its oppression by being very clean and pleasant.

Why It's Anticipated: First, the main character is an Asian Girl. That was enough to propel the sales of Oni, the original "run through a hallway" simulator that inspired Too Human.

Most importantly, this is the first video game that promises to deliver a true first person experience. Momentum plays a role in your movement, and you'll be able to see your character's arms and legs as she performs athletic feats. Almost 60% of gamers believe in Newton's laws of physics and have at least one appendage, so the target audience is huge.

About: World of Warcraft: The Snow Levels. Next expansion: Lava World! Remember that God-like boss that you spent months gearing up to kill in Burning Crusade? Now there's an even bigger God-like boss, and he needs killin'!

Why It's Anticipated: People are sort of dumb.

About: A horror game in the vain of Alien and Event Horizon and Sunshine and System Shock, but in space.

Why It's Anticipated: Although hard sci-fi is probably the genre that best lends itself to video games, there are far less titles that fit into the category than you'd think. Nerds like me don't have much to look forward to besides Dead Space and the possibility of Leisure Suit Larry: Hunt For The Black Hole - Black Hole Is A Metaphor For Vagina.

About: FUCK YEAH! *heavy metal music, blood spurts, the camera pans across a bombed-out building which is made entirely of skulls*

Why It's Anticipated: A few months ago, I was going to make a Gears Of War parody game for Video Game Article. Wielding the chainsaw gun, players were going to fight such enemies as logs, pieces of paper, and ice blocks that could only be passed after being carved into swans. Thanks to the legal team that defends the Gears Of War brand, this game never came about. The world is anxious to see of Epic can recover after such a horrible mistake.

About: World War 2 has been done a billion times. How can we make a war game that's different from anything you've ever played? Add aliens! Let's make that shit even more unique by presuming that everyone will want a sequel before we start working on the first game!

Why It's Anticipated: People want to make sure that playing an FPS with the Playstation 2's controller is as awkward and unpleasant as they remember.

About: The follow-up to 2003's overhyped (but still fun) action RPG. Aside from a few flowery quotes about the main character's dog being a window into the soul of storytelling, Peter Molyneux has pretty much contained his urge to talk the game up this time around.

Why It's Anticipated: Video game fans are frothing at the mouth to finally play a game where your actions determine whether you're good or - get this - evil.

Brothers In Arms: Hell's Highway
Come for the excellent tactical shooting, stay in spite of the emotional depth provided by a soap opera writer transcribing Band Of Brothers scenes from memory. 8/10

Lego Batman
Has just as much of a reason to exist as Army Men: Forgetting Sarah Marshall, but the Army Men series knew it had worn out its welcome before that could get made so we can't compare the two much farther. 6/10

Warriors Orochi 2
This is the 22nd iteration of Dynasty Warriors (yes, really) in just over ten years with no noticable changes, which puts the Lego series right on track. 3/10

Pure
But I thought it was impossible to make a next-gen racing game that doesn't require microtransactions to give players more than six tracks and one environment. 8/10

Mega Man 9
An expertly crafted 8-bit game that single-handedly proves the 80's were the most masochistic helmet-centric decade of the second half of 20th century. 7/10