How To Get A Nintendo Seal Of Quality 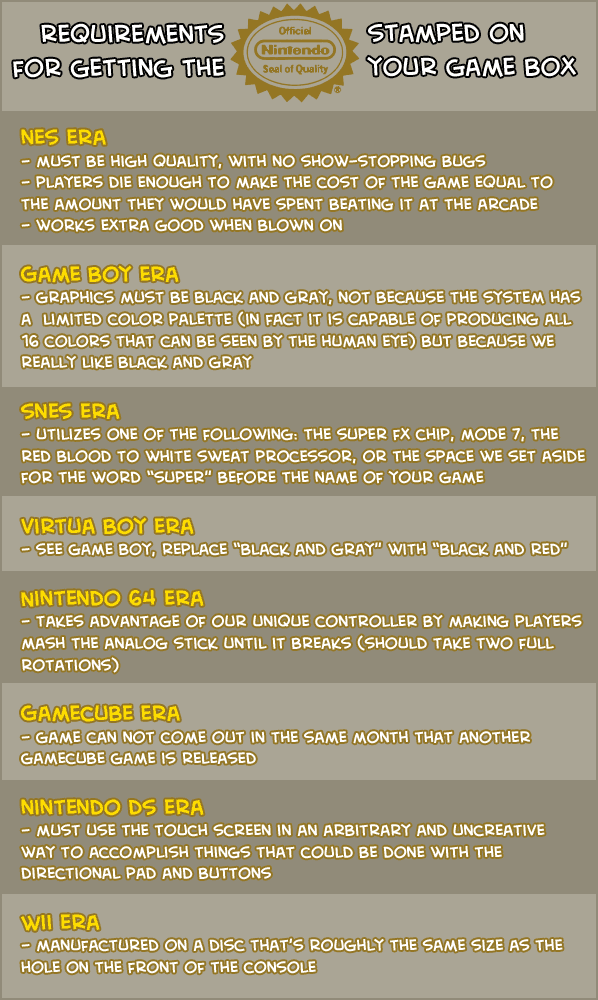 Fate: Undiscovered Realms
A second-rate Diablo clone that's better than Hellgate: London by virtue of not releasing a poisonous gas when you open the box. 5/10

Saints Row 2
How about that, an open-world game that gives you stupid, fun things to do instead of spending a $600 million budget to write in a sandbox and cordon it off with velvet rope. 8/10

Dead Space
So scary, you'll think twice before going into outer space by yourself again. 9/10

Fracture
A shooter that gives you the ability to manipulate the ground, eliminating the need to find a deep pit to fill with underwhelming gimmick-fps games. 5/10

Sonic Chronicles: The Dark Brotherhood
The best Sonic-related game since Sonic Adventure, but the presence of "dark" "brother" and "hood" in the title might turn off the McCain/Palin rally audience demographic. 7/10