Someone must have spilled the beans about my soft spot for the Neo Geo - a spot encompassing my entire body - because SNK sent me this: 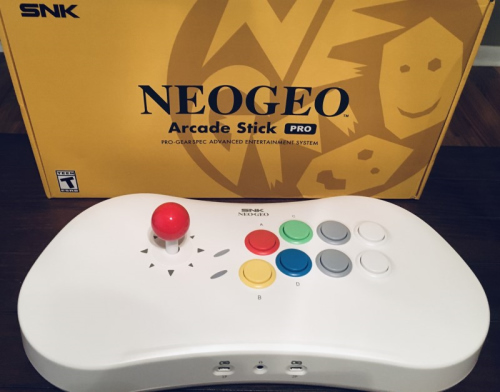 It's the Neo Geo Arcade Stick Pro, which is two things.

1. An arcade stick (didn't mean to blow your mind) that can be plugged into your PC via USB

Unlike last year's Neo Geo Mini, the stick in this unit is properly clicky. It feels great and hasn't dropped a single input. I'd compare the buttons to those found on a chiclet keyboard. If that bothers you, it's easy to swap them out for some Sanwa/Happ replacements.

So how does it hold up as a Neo Geo? Not bad! The interface is very "What if the Switch was hit by a Tonka truck": 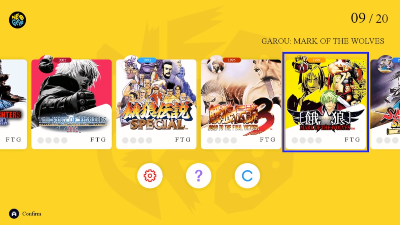 Video output is perfectly clear. Just be sure to use the Pixel Scaling mode. Who in their right mind enables smoothing filters that turn crisp pixel art into a Dali painting viewed through cheesecloth coated in vaseline?

SNK has promised to unlock an additional 20 games at no additional cost. Unfortunately, that announcement was made in early November and we haven't heard a peep since. If we get Neo Turf Masters and Windjammers on this thing the wait will have been worth it.

Oh, did I mention that you can hook this stick up to the Neo Geo Mini? 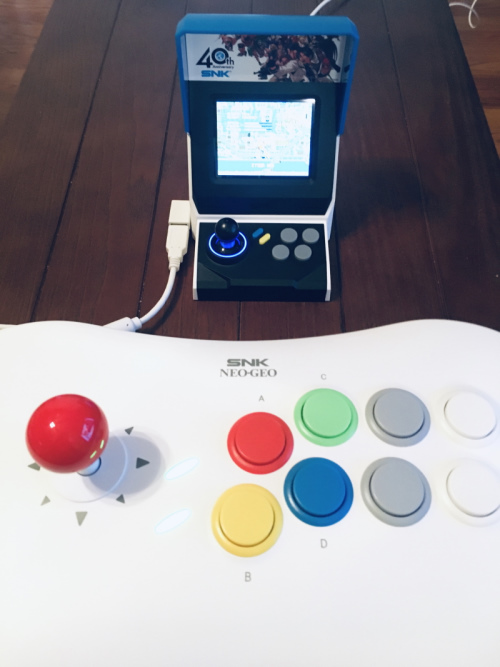 This definitely isn't the best way to play King of the Monsters, but it is the most preposterous. And therefore the best.

At first I thought Darksiders Genesis would be a Diablo-like ARPG in a coat of Darksiders paint. But no, it's actually a Darksiders-ass Darksiders game with the camera pulled back. 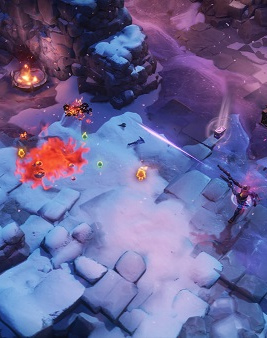 You're not pointing and clicking. You're taking direct control (with a controller if you have any sense whatsoever) to dodge, bounce between enemies, platform, perform accurate jumps and glides, and solve environmental puzzles. You know, Darksiders stuff.

Speaking of Darksiders stuff, Genesis carries on the fine tradition of absurd cutscenes/cinematics in which demons and divine beings make grand proclamations while oozing with disdain for one another. There's also a lot of sassy attitude on display, which is always welcome.

Combat is every bit as intricate as you'd hope. There are combos, abilities to unlock, ammo types to switch between, meters that fill up to perform specials, and finishing moves that refill your resources. You can also swap between Strife (a gunslinger) and War (a sword guy) at any time. When you find yourself juggling all these systems in a particularly intense fight and everything comes together it's immensely satisfying.

I have one gripe. There's a map, which is good. It does not have a marker indicating your current location, which is bad. Every time you pull up the map you need to perform a few seconds of slightly annoying guesswork. Not the end of the world, but you will be doing this often as you explore and scour levels for goodies.

One reason for this is Creature Cores, which combine the game's skill tree and loot system. You kill stuff to drop cores. You slot those cores in the tree to unlock bonuses. You find and stack additional cores of the same type to level up those bonuses. It's relatively straightforward, giving you a reason to revisit maps (maybe with a co-op buddy, which the game is built around) and blast/hack demons.

Darksiders Genesis is the most pleasant surprise I've played this year. Oh, and have you heard about the super special Nephilim Edition that comes with a whole dang board game? Like, with miniatures and hexagon tiles? We'll be covering that game (Darksiders: The Forbidden Land) in an upcoming revival of Board Game Article. It's been a long time since we've looked at tabletop stuff, so I'm looking forward to it.

Darksiders Genesis
I went into this expecting Darkspore and found SimCopter and also found myself hopelessly lost in a metaphor. 8/10