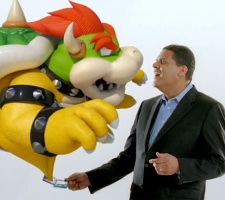 The most remarkable aspect of the Nintendo 3DS isn't the fact that it plays games in 3D without requiring glasses, but that it will launch this week without a first party title that anyone can get excited about.

There will be no new Mario, no new Zelda, no new Metroid, no new Duck Hunt. One could argue that Nintendo leans on their core franchises, and that's a fair thing to say. Unfortunately, they didn't take this opportunity to launch a substantial new franchise.

If you're curious about the system and can't hold off until Kid Icarus, the Ocarina Of Time re-release, or the eventual Paper Mario RPG (please please make this you jerks) before plunking down $250, here's a preview of the titles you'll be choosing from.

Please keep in mind that these are simply previews. Come back for our full, detailed one-sentence reviews in the next VGA.

Nintendogs + Cats
Just like the game that came out six years ago - but with cats too! Somehow they found the time to add 3D functionality, which sounds great even if the added dimension will make the frisbee catching game much harder for those poor dogs.

Steel Diver
Ah, the beauty of a tech demo that has been stretched into a full game. This unified vision takes the form of a side-scrolling platformer, a two player strategy game, and a first-person sub captain mode where you physically spin around while looking through a periscope. The last bit is the potentially cool part, assuming your eyes remain in the exact same location relative to the screen so you don't lose the 3D effect.

Pilotwings Resort
The nostalgia of a much loved SNES title with the creatively void hellhole of the island from the Wii resort games. Can't see that being shallow or lacking any real character and charm.

Super Street Fighter IV
Friend codes, slower performance in 3D mode, and no system in place to keep online opponents from leaving before a victory.

The Sims 3
I swear this game sounds familiar.

Lego Star Wars III
Awesome, a re-release of a Lego Star Wars game based on one of the movies in the second trilogy. I guess it's worth picking up to hold you over until the release of Lego Carlito's Way: Rise To Power.

Rayman 3D
Oh, a remake of the Dreamcast version of Rayman 2. This is great, because what I was really hoping to play on my 3DS was more old games.

Some people weren't happy about the lack of an isometric camera in Dragon Age II. After all, it was a classic PC RPG staple that allowed players to get a view of an entire battle and consider their decisions carefully.

Making matters worse, the standard behind-the-back camera was not improved. Enemies are frequently impossible to target due to their position behind objects, on stairways, or on the other side of party members. The game throws so many explosions and body parts on the screen in its attempt to create the illusion of a fun fun that it's extremely difficult to look around the mess and see what your party is up to, much less the nearest enemy.

BioWare explained that the removal of that camera wasn't laziness, but a conscious design decision that allowed the player to admire more ceilings.

In light of their success, I thought I would share some of the incredible ceilings that were only possible due to the removal of that pesky isometric camera. 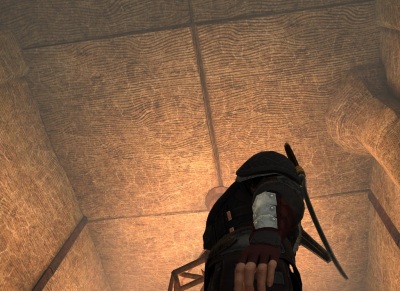 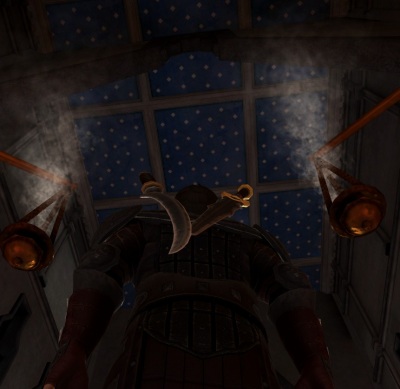 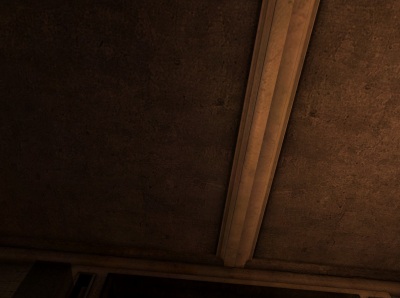 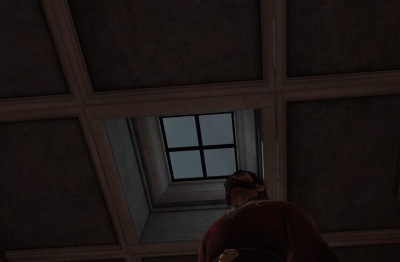 I think you'll agree that the tradeoff was well worth it. Those are some mighty impressive squares. It would be a shame to miss those just to have a more enjoyable and strategic game.

Dragon Age 2
An embodiment of lazy, aim-for-the-middle design with uneven writing and the most hilarious illusion of choice in an RPG to date; this made me double check to make sure this branch of BioWare won't come anywhere near Mass Effect 3 or Star Wars: The Old Republic. 4/10

Shogun 2: Total War
I like the aesthetic, but as an admittedly terrible player these games always have weirdly detached overworld strategy and battles that devolve into blobs of dudes hugging each other until someone tries to run away. 7/10

Rift
Being able to mix and match skills to make your ideal character is such a no-brainer that other MMOs seem restrictive, but I am shallow and the armor/weapon variety is worse than Dragon Age 2. 7/10

Homefront
The bad news is that the single player campaign is the now-standard four hour "cinematic experience", but the good news is you only have to endure four hours of nationalistic bullshit. 5/10