Features That Should Be In Every Game

Some people prefer games that are "just fun". They react strongly when others think critically about game mechanics or have an opinion that goes further than the surface level. To them, games are amusing and nothing else. 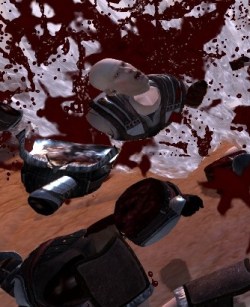 Some people prefer games that are deep. They think that people who play purely for fun are ruining gaming. They want to spend an afternoon researching character creation options and optimizing builds before they actually start playing. They find pleasure in the particular sort of agony that comes from contemplating space tax rates for an hour, or deciding which counter-spell to cast on an enemy wizard to set up an ideal flanking attack from a bard's anthem on the next turn.

These people are most likely to buy games which simulate every poitical, military, and societal aspect on Earth in the 1700s, then complain about the AI being too easy because their attempted recreation of a raddish famine didn't play out exactly like it did in real life. They are also most likely to see someone being an asshole about the oversimplification of PC gaming on a forum, then say nothing because they sort of agree.

Some people prefer Facebook and iPhone/iPad games. These people cannot be trusted.

It would seem that these people have very little in common, aside from a shared hobby and love of arguing with each other on the internet. There are, however, certain game elements that are universally correct. These features can be appreciated by people from every walk of life, regardless of their entrenched position.

I propose that from this point forward, every video game should include the following.

Enemies That Taunt You Milliseconds Before Their Horrible Deaths

There is nothing more satisfying than blowing an enemy into his base elements moments after he mocks you. This is especially true when his chosen words are something along the lines of "You'll pay for this!" or "Prepare to die!" or "This should be easy."

All games should include a man that feels the need to get a cheesy taunt in just before his death. I don't care if you're making a rhythm game. You figure out how to work obnoxious cannon fodder into your project, and you're guaranteed a two point increase in your Metacritic rating.

The original Final Fantasy for the NES was the first game I ever bought with my own money. After wrapping my ten year old mind around the seemingly impenetrable mechanics and spending hours before finally beating the first dungeon, I was presented with this: 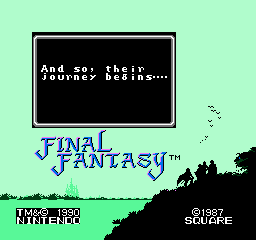 What? That was only the beginning? WOAH.

Every game can benefit from a delayed title screen. If I had things my way, it wouldn't pop up until just before the final boss.

Sometimes people want to come back to a specific part of a game. Maybe they just enjoy a segment so much that they want to replay it a few times, or perhaps they want to show off an impressive sequence to friends that might in turn buy the game. These people are screwed when a developer decides to base a game entirely on checkpoints.

It doesn't matter how well you place your checkpoints. You will never give the player the ability to go back to the exact point that they want.

It's bad enough that the choice is taken away from a player. What makes it a hundred times worse is when you try to exit a game and it warns you "All unsaved progress will be lost", but you don't have any way to manually save.

Crysis 2
A little bit less freeform, a little light on the options, but still a fantastic and lengthy shooter with systems that allow you to experiment. 8/10

The Sims Medieval
Forsooth, if thou pined after a Sims game with less of ye olde micromanagement and more game, though hast verily found it. 8/10

Yakuza 4
I loathe games that try to be cinematic, but Yakuza 4 and the Uncharted series scratch a particular itch on my belly I didn't know I had, making my legs spasm in delight as sassy rogues find magical treasures and modern day criminals smoke cigarettes in Japan. 7/10

Tom Clancy's Ghost Recon: Shadow Wars
When the best title on a system is a turn-based strategy game, it tells me that my favorite genre is not only alive and well, but that more people should pay X-COM creator Julian Gollop to make video games. 9/10

Asphalt 3D
The 3DS racing game that isn't quite as good as Ridge Racer. 3/10

Ridge Racer
The 3DS racing game that isn't as good as you'd hoped. 6/10

Nintendogs + Cats
In the six years since Nintendogs was first released, a number of improvements have been made such as... 3D, and... cats. 5/10

Super Street Fighter IV: 3D Edition
As long as you can play a fighting game on the 3DS without living in constant fear that your hands will crush the system, this is the best version of Street Fighter IV to date. 8/10

Super Monkey Ball 3D
Has a series ever overstayed its welcome this long, with this many games? 5/10

Steel Diver
This submarine game is so realistic, you can hear the creaks and feel the strains as Nintendo stretches a tech demo into a full game that's inferior to Face Raiders. 4/10

Pilot Wings Resort
If the third dimension was time, making this three times longer, it might have been worth purchasing. 6/10

Tom Clancy's Splinter Cell 3D
Nothing like a slightly improved version of a 2005 DS port of Splinter Cell: Chaos Theory to kick off a new era of gaming. 3/10

Rayman 3D
Nothing like a slightly improved version of a 1999 platformer to make me want to kill myself. 4/10