It's the 20th Anniversary of My Quake 2 David Letterman Skin! 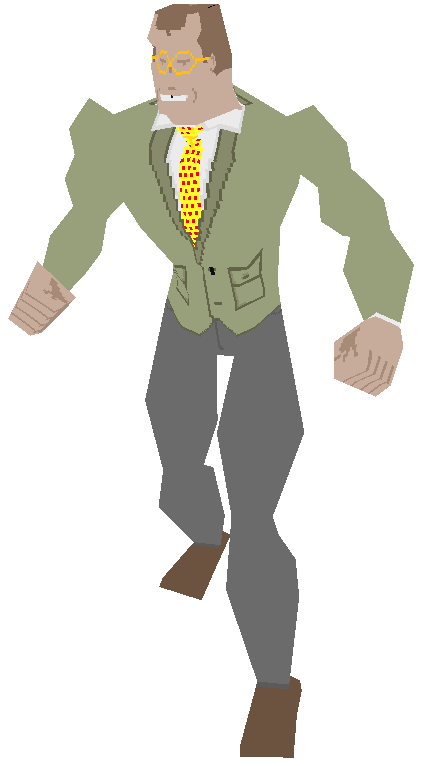 If I am awake I am playing Quake 2 capture the flag, with the Beastie Boys' Hello Nasty in a perpetual loop.

Or I am refreshing PlanetQuake. Or I am fretting over the perfect image to tile as the background for my Space Ghost Coast to Coast fan site. This is my idiot life.

One day it dawns on me: Why don't I try modding Quake 2? I am artistically talented, able to draw hundreds of minor variations of the same muscle dude grimacing with arched eyebrows. I enjoy using other people's specialized tools to expose other people's computer code and change values.

I decide to start small, with a skin for a popular player-made superhero model called SuperMale. My first attempt, Space Ghost, doesn't go well. He's just a blob of white with some black and red spots. It might look better if the skin had actual shading and definition, but that would take time that I just don't have. I need to be part of the modding community and I need to do it NOW MISTER.

So I choose a new subject: David Letterman. Why? Well, like Space Ghost he's a late night talk show host. And since he's real I can circumvent the need for shading with lots of details.

Let's take a closer look at some of those "details": 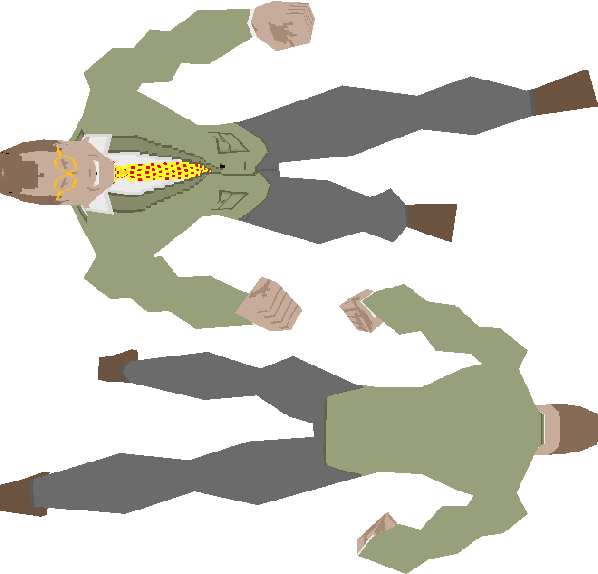 Note the pixel-wide gap in his teeth for ultra-realism (in real life David Letterman has a one-pixel wide gap between his front teeth). There's the garbage tie from hell, an artistic flourish intended to make the character visually "pop" while matching Dave's trademark Tonka yellow glasses. One oddly prominent suit button buttoned.

Look closely and you'll note that the edge of each block of solid color contains a slightly darker line. This is my halting attempt to do some form of shading, and you'll find that it is a more subtle and refined technique than those used by my flashy counterparts.

Quake 2 David Letterman skin remains my crowning achievement, a work of art as vital and compelling as it was on the day that dave.pcx was uploaded.

So the piece itself has lasting power. That much is obvious. But what of its broader impact?

Can you explain that?

No. It cannot be explained.

It can only be explained with a single, powerful image: