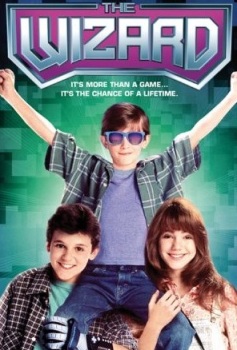 Every two hundred years, readers of this feature will be given a chance to test their mettle and possibly be immortalized in the pantheon of digital warriors - masters of power ups and high scores and extra men.

Do you have what it takes? Each challenge below is broken down into three tiers of increasing difficulty. You can try your hand at as many or as few tiers and challenges as you'd like.

Don't worry about taking a photograph or screenshot of your achievement; we'll be observing through the usual channels.

Third Tier
Get a 100% happily-ever-after ending in Dragon Age: Origins.

First Tier
Accumulate 1,000 hours at the Left 4 Dead 2 main menu in one sitting.

Second Tier
Play Borderlands on the PC for any length of time, then understand what the developers meant when they claimed the game would be optimized for the platform.

First Tier
Stare at Tiger Woods' intense expression on the cover of any of his games from the past five years without laughing.

Second Tier
In a brick-and-mortar game store, find a copy of Vancouver 2010 outside of a discount bin or the hands of a weeping child.

First Tier
When someone posts a conflicting opinion about a game you like, resist the urge to tell them they're "playing it wrong".

Second Tier
Find a thread without some jackass telling someone not to "waste" money on a slightly older game because the sequel is out or coming soon.

Third Tier
Describe a technical problem or DRM issue without someone swooping in to explain that it's not a big deal because they haven't experienced it.

First Tier
Instead of sitting perfectly still and making minute gestures with your resting hands, stand up and use a game's full range of motions while alone without ruminating on the wrong turns your life has taken.

Second Tier
Beat any game by performing the Thriller dance.

Third Tier
Perform an actual tracheotomy with the Wii Remote.

First Tier
Spend less time having fun in Champions Online's character creator than in the game itself.

Second Tier
Have an actual sense of humor and a soul, and find any joke/pun in World Of Warcraft funny.

Third Tier
In Star Trek Online, feel as though you're the first person to explore a new corner of the galaxy.

Silent Hunter 5: Battle Of The Atlantic
Thanks to the terrible interface - which you sort of have to use to, well, interface with everything in the game - you could say this is a SUB-optimal game... heyo! 4/10

Settlers 7
The best (and most visually interesting) city builder since Anno 1404/Dawn Of Discovery, and the only discussion about it is along the lines of "too bad about Ubisoft's DRM, I'd really like to buy this but don't want my internet connection to disrupt single player games". 8/10

Resonance Of Fate
Crap, I had some primo lame jokes about this game's title if it had been bad. 8/10

Warioware D.I.Y.
The vibe of Mario Paint meets Warioware minigames, and the result is. 8/10