My favorite quote about racial equality didn't come from the likes of Martin Luther King Jr. or Rosa Parks. No, it came from the mouth of R. Lee Ermey from the incredible first half of Full Metal Jacket.

You are the lowest form of life on Earth. You are not even human, fucking beings. You are nothing but unorganized grabastic pieces of amphibian shit. Because I am hard you will not like me. But the more you hate me the more you will learn. I am hard but I am fair. There is no racial bigotry here. I do not look down on niggers, kikes, wops or greasers. Here you are all equally worthless.

Okay, so after he got shot by Pyle the rest of the movie sucked and dragged on forever, but this is the ideal that I strive to live by each and every day. We as a species are more alike than most people think, in our strengths, and even moreso in our weaknesses.

The folks at Free Republic however peg homosexuals, illegal immigrants, and anyone else they don't like as the root of all their problems, and if only those damn liberals would change their evil ways maybe, just maybe, their lives wouldn't be so shitty, spending every waking hour condemning those "damn spics and faggots", to quote the average Free Republic user's nightly family dinner table conversation.

I guess they got famous once upon a time when Drudge used to link to them before he realized they were all racist pieces of shit. Oh well, here's the images.

One of the funniest things these guys do is try to equate homosexuality to things like pedophilia and even child sacrifice. "Well you know, homosexuality and FUCKING A CHILD IN THE ASS WHILE JABBING FORKS IN IT'S EYES..."

I thought being overrun by other cultures was a foundation this country was built on but I guess you've never heard of a big ass statue called Liberty. I mean if you wanted to be all xenophobic and isolated from the rest of the world you could've gone to Japan like 65 years ago. But we all know how that worked out...

What compelled you to tell the rest of us?

I'm pretty sure some of those dreaded gays have infiltrated your large Catholic family. Hint: they aren't going to tell you. 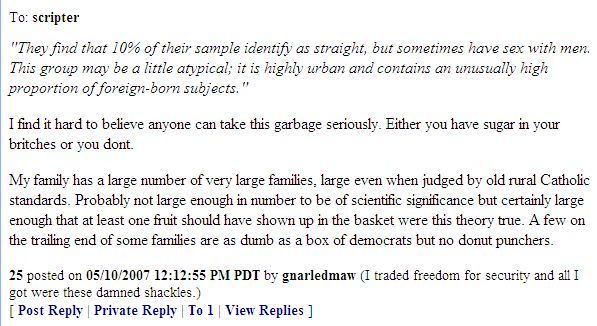 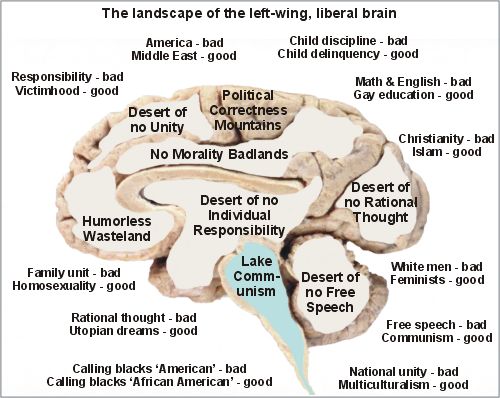 I got a boner during the tent scene in Brokeback Mountain but it was totally a coincidence I swear!

Every Sunday the priest preaches from the book of Style magazine and summarizes the previous night's episode of America's Next Top Model. Hallelujah!