God damn you blacks can certainly hold a grudge can't you?!

World War II was a time when wars were for gentlemen. Oh how I wish we could start a war like that again. Those were the days... 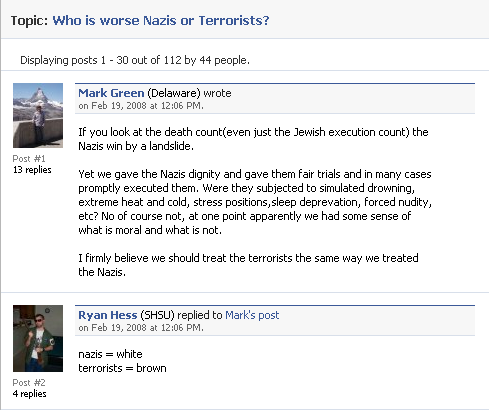 If we abolished the electoral college Ron Paul might get elected.

Hey Hilary, some anonymous jerkoff on the Internet who normally doesn't care much for women believes you can hold your own. Great job, senator!

I'm going to buy a Kenyan village with my inheritance.