Legends of the Hidden Temple was a neat show that ran on Nickelodeon when I was a kid. It's over a decade later and, well, I just want to say thanks again Internet.

Why would this question even cross your mind??? This makes me think that somewhere out there someone is jerking off to Legends of the Hidden Temple. Ugh.

Now if only your mom could complete her goal of getting you out of her house.

Invest in gold and all your Legends of the Hidden Temple dreams will come true. Vote Ron Paul!

"Kirk Foggs Girl". Kirk Fogg is so low on the celebrity totem pole that Kirk Fogg's girl might actually be a man at this point. 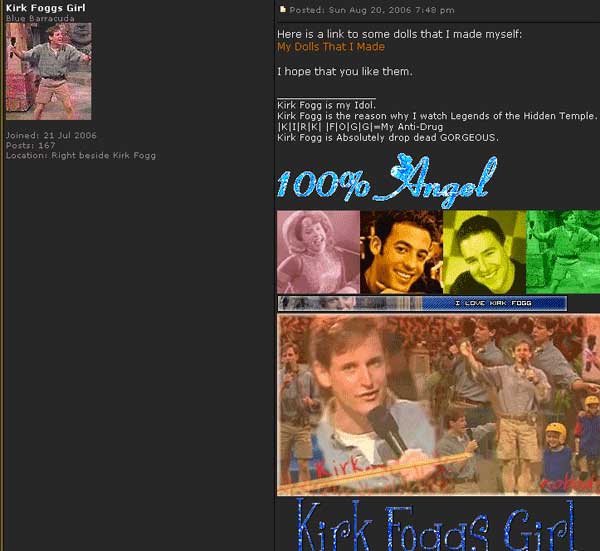 Let me just introduce myself. I'm 31 and I like watching Legends of the Hidden Temples and I'm into futa, especially ones where a giant penis grows from a girl's vagina and she screws Kirk Fogg's face and you see the imprint of her dick in the back of his neck.

The statue's name was Olmec.