Just do what the rest of the passive-agressive faggot nerd population does and write anonymous emails, it's easy as pie!

"Basically I want to make a shirt that says 'I honor the fallen heroes of 9/11 and Afghanistan and Iraq and the Space Shuttle Columbia and that mine that collapsed and that guy that died at Disneyland' but I want it in Arabic so if I tackle an Al-Qaeda guy he knows who he's dealing with.

I like it when guys get all crazy on the Internet because chances are in real life they're timid little dudes. It's kind of cute really, like if you had a Teddy Ruxpin doll and it started yelling at you about stuff.

You know what, "Anal_Whore"? You're really not helping here, and frankly, I'm a little put off by your negativity. 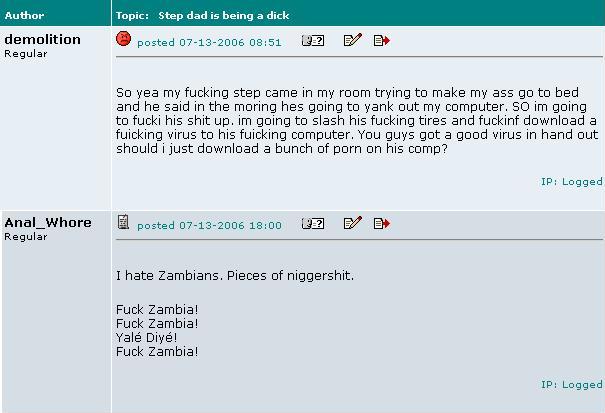